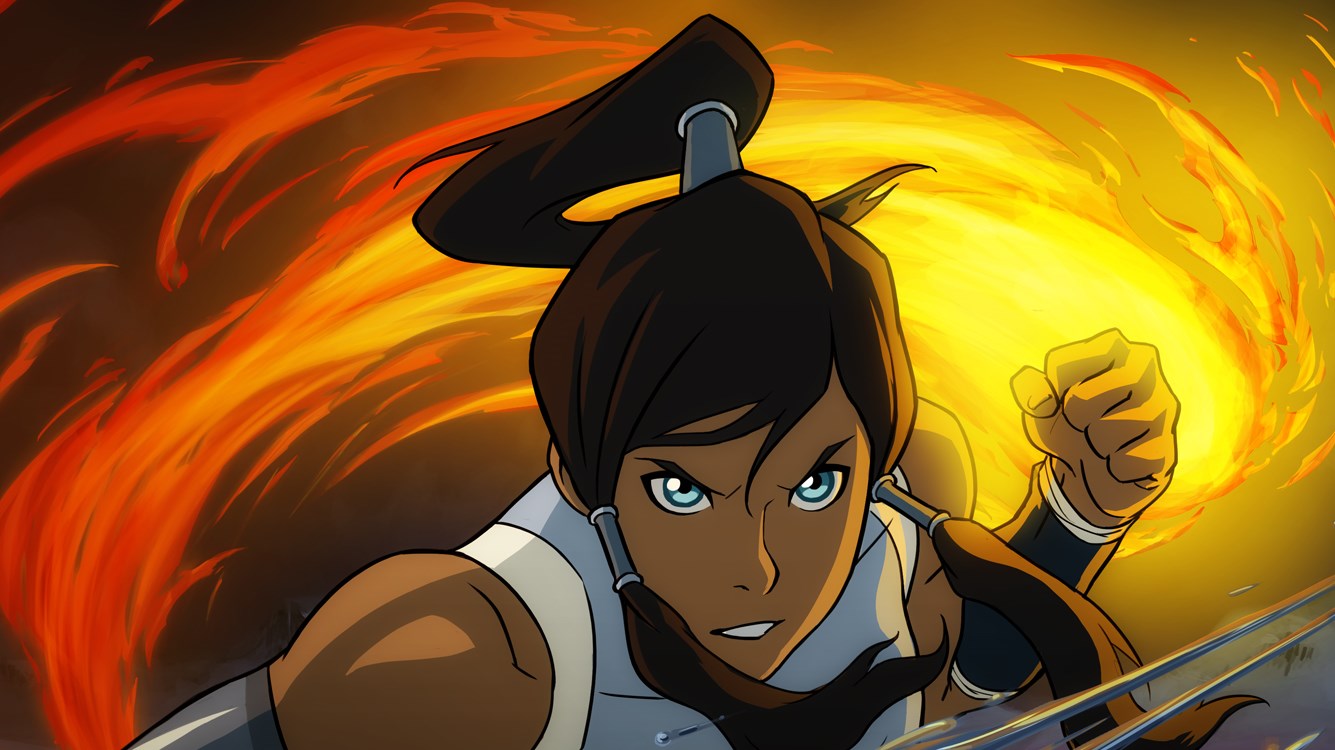 So Nickelodeon released the Book 4: Balance trailer of The Legend of Korra!  I don’t know if I’m ready because it’s the last season of the show!   That didn’t stop me from watching this trailer multiple times though! The trailer is below:

Observations about the trailer:

I don’t know if I like the time jump. It seems as though it takes longer for Korra to start walking again.  From the clip that was released last week, Korra was still be in her wheelchair so the assumption is we start three years later with her in that state.

It does show that we will see Korra recover and walk, which I was hoping to see. We even get to see the defining moment of her cutting her hair.  She also looks to be traveling to different parts of the world. Could it include the spirit world as well? I really hope so, because I feel like she should reconnect to the spirit world in a way that she could potentially communicate with her past Avatar lives.

The airbenders seem to be on point. I like their new way of flying! They had to after Zaheer flying everywhere in the Book 3 season finale. It even looks like Jinora has some of her hair back! I’m thinking we also saw the other kids but it’s hard to say at this point. At least we saw Kai, Opal and some air bison!  Although I was hoping to see Bumi! Where is he?

We will be seeing a lot more of Kuvira, that metal bender we saw help Tonraq in the Book 3 season finale.  I knew that they wouldn’t just introduce a character like that if she wasn’t going to play some kind of role in the next season. While it appears as though she could be a bad guy, the bending scenes that we see her in, make it hard to say who she is fighting against.

It looks like we will be getting more cameos from some of the characters from the Last Airbender Series! From Katara to Zuko again! Could we be finally seeing Toph? I squealed during the last clip!

If the colors are anything to go by, we see a heavy presence of the Earth/Metal Bending Kingdom again like last season.  And it appears as though Varrick and his machine that he created in Book 3 will be used as a weapon to help the Earth Kingdom army.  We even see Varrick’s assistant  Zhu Li using the machine to fight someone.  Could it be Korra? Bolin will continue to lavabend at some point. How often is the question.  It also looks like he is part of the Earth Kingdom army. We even see Suyin for a brief second.

There was a brief clip where we see Zuko again and who may be his daughter but that’s it.  I am hoping for some more firebending this season.  It does look like Mako may be using more electricity in his bending.  We also see some Asami awesomeness!

I am excited for this new season of Korra.  It is also sad that this is the last season, because I definitely get the impression that it will end in a way that I would want to continue despite the closure.

What are you excited to see on the show?  What are your thoughts on the trailer? Let’s start a conversation in the comments!