When the PS4 launched, there were two racing games that caught everyone’s interest. DriveClub and The Crew.  DriveClub was to be a launch game and The Crew would be following sometime later, as there was no official launch date announced.

Both games appeared to feature a heavy multiplayer or social component.  Both appeared to center around the player creating car clubs or crews to play through races or missions.  The trailers for each game got a lot of attention.

Well, the launch of the PS4 came and went, with no sign of DriveClub anywhere.  It had been delayed.  Then it was delayed again.  Stories began to leak out that the very social foundation the developer was building the game on was causing problems.  Meanwhile, The Crew was being worked on quietly.

It has now been nearly a year since the release of the PS4. DriveClub has finally been released.  It’s still having major problems.

What about the Crew?  It will be released on December 2nd.  Just this past weekend, Ubisoft allowed console gamers a chance to peak behind the curtains and play The Crew in a beta.

Yes, there is a story. It’s basically the plot of Fast and Furious with a few added bells and whistles.  I’m not joking.  Does this bother me?  Heck no!  I love The Fast and Furious. 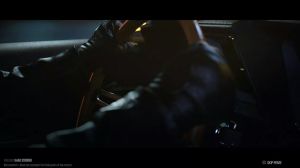 You play as Alex Taylor.  You are a member of the local car crew.  One night your brother is murdered and you are framed and sent to prison. Five years later, you are let out with the job of going undercover in the same crew.  While you’ve been away, the crew is no longer local. It has branched out over the entire country is mixed up in some pretty bad stuff.  It’s your job to bring them down and find justice for your brother’s murder.

You can tackle missions and races on your own, or even better, get your own crew together to cause all kinds of trouble.

We’ve hit the point of diminishing returns for car games long ago.  While The Crew doesn’t exactly do much to advance the genre graphically, it is definitely able to hold its own against other racing games. 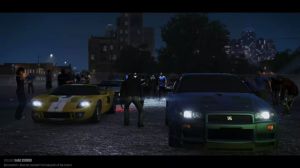 The graphics for the actual cars are top notch. Reflections bounce off the car surface as you hurtle through the urban streets. Fiddling with the car and its parts in your garage is handled visually.  You are not just picking from a list of parts and selecting “Ok’ before going out to another race. (I’m looking at you, Gran Turismo.)  As you pick the parts that you think you may want to add, your car will physically come apart allowing you to see the parts being added.  Fenders, wheels, and bumpers disappear quickly as you cycle through the choices.  Even when looking at engine parts, the car will strip down to the bare chassis and engine so you can see what’s being doing. 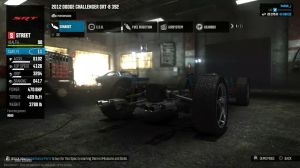 The outside environment that you race may leave a little to be desired, but there are some things that need to be kept in mind.

First, this game is a racing MMO. The map covers the entire United States.  Surely there were trade-offs in the graphics department to allow for a playable environment of this size.  I don’t know about you, but I don’t mind slightly downgraded graphics if it means I can travel from LA to New York and all points in between. 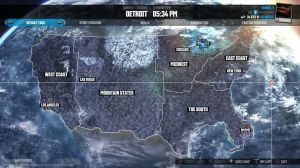 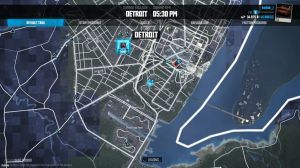 Second, the beta starts you off in Detroit.  Have you seen Detroit lately? Yeah.  It doesn’t look so hot in real life either.

Uh…well…I’m going to raise the “This is an MMO” flag again.  I felt that the controls were a bit loose to start with. However, I have a sneaking suspicion that this was done deliberately.  As you level up and add parts to your car, the handling will most likely get better.  I hope.

The controller seemed responsive and gave a lot of functions that came in handy.  Aside from actually driving the car, you are able to pull up a map (on PS4, this uses the touch pad), zoom in and out from the entire country, down to street level.  You also have the ability to open wiki pages for specific cars and part.  I thought that was actually a very useful addition that I hope more games take advantage of in the future.

Yes. Yes, it is.  There’s not much more I can say here.  If you like racing games that have a story instead of a just a string of races, you should like this.  If the thought of a racing MMO intrigues you, you will most likely enjoy this.