Yes, you read that headline correctly. No, it’s not a joke.

Minecraft, the digital equivalent of Legos, is under investigation amid claims that it is too violent and that some of this violence is directed at women.

The trouble started last Friday, when Turkey’s Family and Social Policies Minister, Aysenur Islam, made the mistake of speaking to a particularly uninformed member of the press outside of Turkish Parliament. The reporter mentioned to Islam that Minecraft “depicts violence against women” and promotes “aggression by awarding points for killing characters in the game.” 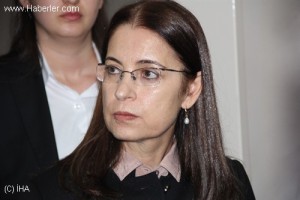 With that little bit of knowledge, Islam continued on her merry way and mentioned it to Parliament. Now, as a result, the game is being looked into, an investigation that could result in Minecraft being banned in the nation of Turkey.

And to the reporter who started this fiasco….forget it, I can’t even look at you right now.