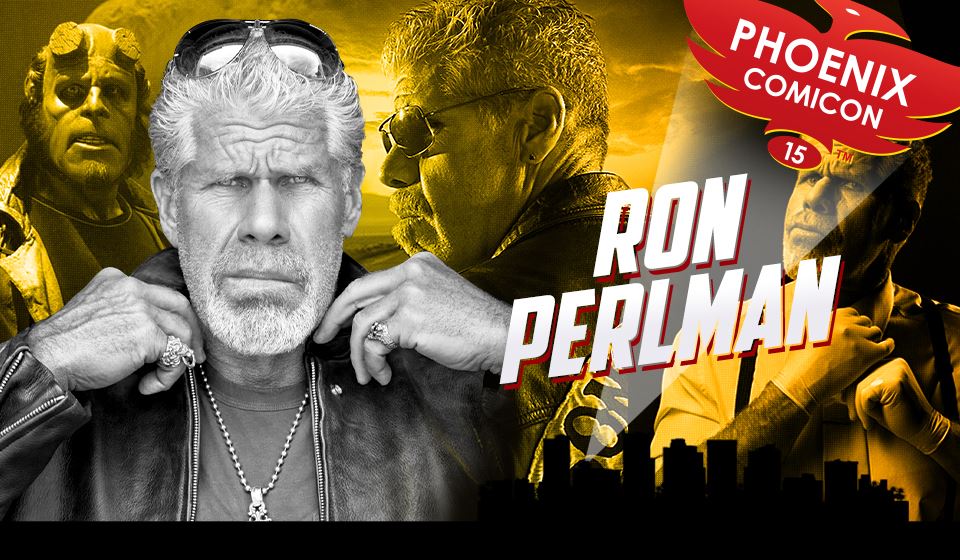 Ron Perlman is going to be at Phoenix Comicon 2015. Known as Vincent in the television series Beauty and the Beast, he earned a loyal fan following and a Golden Globe. In 1995 he took on what would be one of his first leading roles as One in The City of Lost Children directed by Jean-Pierre Jenuet. Further collaboration with Jenuet eventually sent him into space him alongside Sigourney Weaver in 1997 as the gun-for-hire Johner in Alien: Resurrection.

He became friends with director Guillermo del Toro during their collaboration on Cronos in 1993. This friendship led to the role for which Perlman is best known; Hellboy. In 2004 he made his first appearance as Hellboy on the silver screen and reprised the role again in 2008 in Hellboy II: The Golden Army. Both Hellboy films were directed by Guillermo del Toro. The pair collaborated most recently on Pacific Rim in 2013 where Perlman portrayed Hanibal Chau, a black market dealer of sorts specializing in alien biology.

In addition to stage, film, and television, he has also lent his voice to several animated series, features, and video games such as The New Teen Titans (2012), Tangled (2010), Hellboy: Blood and Iron (2007) and Halo 3 (2007). In 2008 he returned to his television roots as Clarence “Clay” Morrow in the hit FX television series Sons of Anarchy. After five successful seasons his story arc came to a conclusion in 2013. In 2014 Perlman starred in a pilot for Amazon’s Prime video service called Hand of God and was most recently seen on two episodes of the hit NBC series The Backlist.

Nerd. Geek. Gamer. Techie. Jimmy is one or all of these. Almost, an riddle wrapped in a mystery inside an enigma. “Life moves pretty fast. If you don’t stop and look around once in a while, you could miss it.” – Ferris Bueller
Previous TVTalk with The Nerd Element Ep 68: Amazon-tastic
Next Star Wars Celebration 2015 is Upon Us