Just in time before Halloween, Grimm will be returning at 9:00 pm Friday October 30th.  Thank goodness it is back on at 9 pm instead of 8 pm! Nick (David Guintoli) has been through the ringer last season! Just to refresh your memory, here are the top 10 things in my opinion you should know that happened last season: 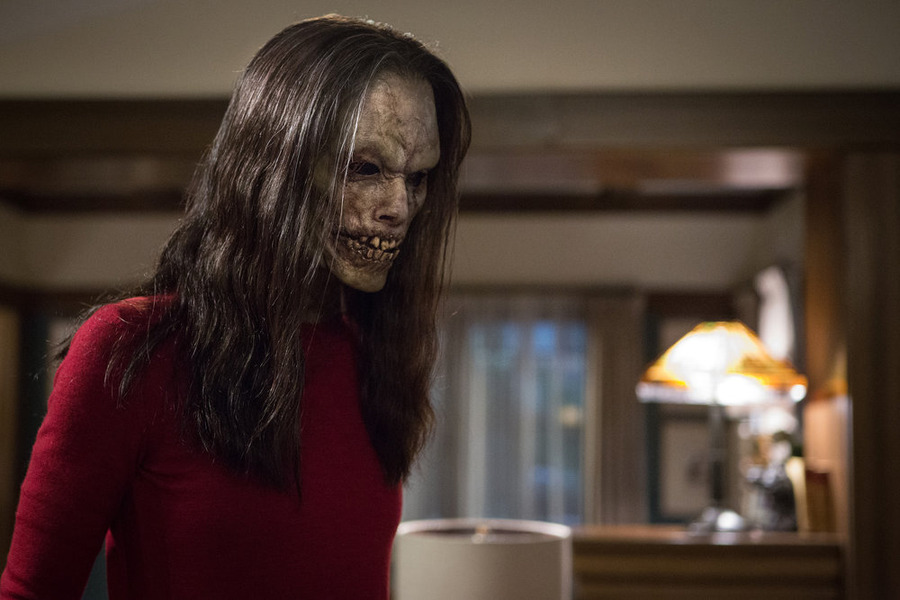 There were of course cool Wesen that were introduced throughout last season so I’m really looking forward what other new Wesen we will see in season 5. It looks like from the photos and the synopsis of the first two episodes of the new season, we will be welcoming a baby Grimm to the family!   Thanks to NBC Universal, we have photos and a brief preview of the first two episodes!

Here is the synopsis and photos from the Grimmiere episode: The Grimm Identity:

In the wake of his mother’s beheading and Juliette’s death, things have never been more chaotic for Nick (David Giuntoli). Having lost so much, Nick must dig deep and decide what type of person he wants to be, while also coming to grips with fathering a child with his once sworn enemy, Adalind (Claire Coffee). His search for the truth leads him to FBI Agent Chavez (guest star Elizabeth Rodriguez) and puts him at odds with those close to him.

Next up is Clear and Wesen Danger, airing Friday November 6th:

On the heels of becoming a new father, Nick (David Giuntoli) must make some major changes to keep his child and Adalind (Claire Coffee) safe. Monroe (Silas Weir Mitchell) and Rosalee (Bree Turner) step in to help prepare for the new addition. Meanwhile, Capt. Renard (Sasha Roiz) assigns Hank (Russell Hornsby) a new partner as they investigate a brutal murder at an investment group.

Both titles are real cute Grimm writers! I feel bad for Nick because Juliette was the love of his life and now she’s gone. It will be really weird not seeing her around.  It looks like Detective Pogue (Joseph Pertot) will be helping out with Hank on the case.  Do you think that he will mesh will with Hank and Wu?  What do you think guys! Are you ready for Friday? Sound off below in the comments! Include what name the new baby Grimm should have!

Went to the library and Natty fell in love with all things fiction. Natty grew up watching all kinds of movies ranging from Star Wars, "The Chinese Connection", all things Disney, musicals like "The Music Man" to comedy action films featuring Whoopi Goldberg. Lover of old school cartoons like X-Men, TaleSpin, and DuckTales. Grew up on shows like Family Matters, Full House, and Mighty Morphin Power Rangers. Have eclectic musical tastes. Lover of books, appreciation of all things geeky.
Previous Star Wars: The Force Awakens, Pride and Prejudice and Zombies, Jane Got a Gun Preview Reviews
Next Chrissy’s Corner: ‘Sleepy Hollow’- The Second Tribulation and Pandora’s Box Explained