Do you like Dioramas? We do also. Interview w/ Jackorama.com

Editor January 30, 2016 Toys/Collectibles Comments Off on Do you like Dioramas? We do also. Interview w/ Jackorama.com 240 Views

While I was at DesignerCon 2015, I had the chance to meet Jack of Jackorama.com, the creator of some of the best dioramas I’ve seen, and had a chance to set up an interview with him.

Q – How and why did you get into designing your own dioramas?

A – When I was 15 I was gifted a set of “The Wizard of Oz” action figures (My favorite movie) and I put them on my book shelf, I cut out a cardboard yellow brick road for them to stand on after that I decided to make some trees and then the house and it became a permanent installation inside the shelf. I kept making shelf dioramas after that (I still have the first “The Wizard of Oz” diorama I did.)

Q – With all the different artists at DesignerCon, which were your favorite(s)?

A – I honestly had no time to take a walk around the last DesignerCon I was a bit glued to my booth. I have gone for five years now and it gets bigger and bigger, I have become friends with some of the artists and I meet new ones all the time, the list is way too big to name!

Q – If you had to pick one, what would you say your favorite diorama is?

A – My favorite diorama is in my personal collection (currently) it’s the Star Wars Mos Eisley Cantina. I built it when I was 18 and it is 4 ft. long. When I built it I only had a VHS tape to pause for reference so it wasn’t accurate at all in 2014 and 2015 I demolished it and started from scratch rebuilt it using the blueprints from Lucasfilm and actual behind the scenes images. I’m still missing some figures to go into it but it has everything, it even plays music. Ever since I was a kid I wanted to visit the cantina, how cool of a place, all different types of beings you could talk to from different worlds.

Q – Besides creating some of the best dioramas I’ve ever seen, what else do you do in your “spare” time?

A – Thank you for that! There are tons of people out there making dioramas so that means a lot. I write screenplays. In 2010 I wrote, directed, and edited a 20 minute short called “The Death of Tempo” and it won a couple of awards including best picture at a film festival in Fullerton, CA. the movie can be seen on my websitewww.VenturoProductions.com since then I haven’t filmed much, technology got away from me so all I do now is write and work on my craft. I have several completed feature length original screenplays and I’m working on a few spec scripts including a third “X-Files” movie and an episode of “Family Guy” when I’m not doing that I hang out with my family.

Q – Which dioramas are you currently working on?

A – I have two “The Force Awakens” dioramas I’m working on now that will be available for sale on my website (www.jackorama.com) in February. I have two huge plastic bins full of toys! So anything could be next.

Q – Which of the dioramas you’ve created was your most detailed?

A – I would say the Star Wars Mos Eisley Cantina but “The Lord of the Rings” trilogy has definitely more organic detail from tree shapes, rocks and terrain. There is light up lava in Mordor and a ring lays there. Also the shire with tools and such little hobbit things and my favorite a lake with melted plastic to look like water with a ring inside it (under water) it also is complete with all the figures and it is another 4 ft. long diorama.

Q – What interested you in putting figures into a dimensional environment?

A  – I love movies and movies have always inspired me ever since I was 5 years old in Peru and I watched “The Dark Crystal” over and over again, I couldn’t believe all of these things were built. The creatures were puppets and the sets were constructed. Those made me want to do art of that nature. When I make dioramas I want to portray as much of that broken down and aged feeling. I love creating that beat up, worn down structure that looks lived in and full of rich history.

A – When I was a child I would play with my toy cars in the mud, I would build roads and dams with rocks and water buckets. When I got into Legos I would build anything and everything, miniatures that I could close one eye and focus on and play and make little movies in my head. My kids play the same way and I think that sense of wonderment is something we all are born with and it’s something we need to feed. I’m inspired by people who love to stick their heads and cameras inside my dioramas and point out all the little secrets they can find, the smiles that are born on their faces from their childlike wonderment is priceless.

Q – How were you initially attracted to or inspired to create this work? (i.e. some of your influences, thought process, timing to create pieces)

A – As soon as I built my first diorama of “The Wizard of Oz” I continued from there, I built Endor from “Return of the Jedi”, “Terminator 2”, “The Matrix”, “The Planet of the Apes”, “The X-Files”, and so many more. I would watch a movie that moved me and inspired me, then the action figures would pop up at the store and that was it, those figures need to be displayed properly. Some pieces take longer than others and that depends on size and material used. I usually work on several pieces at a time; this is so while one piece is in front of the fan drying I can work on the other piece.

A – The largest Scale to date has been the 1:6 Scale (approx. 12″) Dark Knight figures. It’s a set of four dioramas that combine into one or two sets. They can be displayed together or separately, kind of like an adult playset. This is also the size I worked on for a lot of figures on “Robot Chicken” I worked there in 2007 for all of Season 3, I worked on every scale imaginable and sometimes had to do two different scales of the same item

Q – What would be your fantasy diorama if there were no boundaries?

A – Hannibal Lecter’s cell complete with cut glass to cover it. That I could actually make!  It would just be a square. But a fantasy would be HOTH! The entire Battle of Hoth from “Empire Strikes Back” complete with AT-AT walkers and base and everything.

Q – How do you sell your dioramas?

A – All of the public dioramas are for sale on my website (wew remodeled website with all new dioramas coming in February). The only live place I sell them is DesignerCon. I am exclusive to DesignerCon.

Q – Do you know about installation art as a form? Would you consider what you do to be similar on a small scale?

A – That is an interesting line to draw, when one tries to define art people tend to get very protective. I would say it is whatever you want it to be, 3D Model Art, Installation Art, Miniature Set Design, Sculpture Sets. I would say there are similarities to Installation; the main difference is that the dioramas are a permanent fixture in their cube space or shelf space or base. Installation can be walked into and moved around or transplanted.

Q – What characters/genres do you like to work with and why?

A – I love movies and I think that’s where the whole diorama building came into play. To replicate movie sets for these movie character figures that deserves them. Doesn’t matter the genre if I see a movie or figure that inspire, it gets a diorama.

Q – Have you collaborated with other designers and/or artists?

A – Aside from the artists who created the action figures I haven’t actually collaborated with a designer. When I worked on “Robot Chicken” there was a warehouse of about 10 of us working round the clock on props and sets. There was the carpenter and the foam makers and carvers and builders and painters and we would all rotate the jobs. That was a lot of fun. The only artist I have built small scale dioramas for is @obscureakg (you can find him on Instagram and Facebook) from Angry Koala Gear. I customized his Evilution figures and built a tower for them in 2014 and a cave dwelling for hisOop figure in 2015 which was sold at DesignerCon. In 2013 I customized one of 3CoconutMonkey’s “Yo!” Figures to become Freddy Krueger with a mini light up boiler, that also sold at DesignerCon.

Thanks for giving some of your time today, and for talking to us at DesignerCon!

Comments? Questions? Join the discussion at our Facebook Group Here 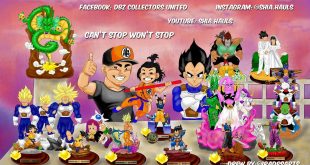