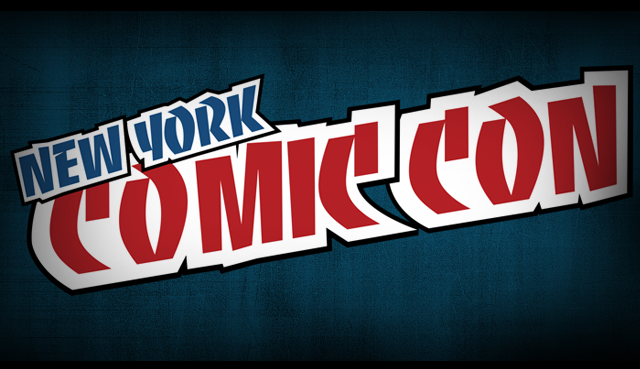 Hello, Fellow Con Goers! It is almost October which means NYCC is right around the corner. Unfortunately, I will not be able to attend NYCC but we did want to include some information on our site for those lucky enough to make the trek to New York next week. This is one of the several posts that will be coming this week to get you ready for NYCC.

Warner Brothers and Marvel both have major panels in attendance this year, and we included the description of those below. I am hoping that they stream these panels I personally would like to see more on Castle Rock the new tv series based on Stephen King Novels. It has already been released that Pennywise (played by Bill Skarsgård) will be making an appearance and I am eager to see what else the show has in store. What are you looking forward to from the list below? Let us know in the comments.

Join stars and producers from Warner Bros. Television series, including Blindspot, Castle Rock and Gotham for exclusive footage and Q&As at the Hammerstein Ballroom.

Blindspot: Special Video Presentation and Q&A — Following the shocking second season finale, revealing a new set of luminescent tattoos planted on Jane’s body, join Blindspot as it returns for its second appearance at New York Comic Con! Sullivan Stapleton and Jaimie Alexander star in this one-hour action thriller from Berlanti Productions and Quinn’s House, Inc. in association with Warner Bros. Television. Alexander stars as Jane Doe, a mysterious woman found in Times Square with her memory erased and her body covered with a series of coded tattoos. As Jane and the FBI team who discovered her — including agents Kurt Weller (Stapleton), Edgar Reade (Rob Brown), Tasha Zapata (Audrey Esparza) and the tech-savvy Patterson (Ashley Johnson) — work to decipher, investigate and solve the complex treasure map of her body, an ever-widening web of conspiracy and corruption is revealed, as is the truth behind Jane’s true identity and the organization that sent her to the FBI in the first place. Season three jumps two years forward. Weller finally tracks down Jane, who’s been on the run. After the two discover a new set of luminescent tattoos planted on Jane’s body, Jane is forced to return to the FBI.  Weller, Jane, and the rest of our FBI team set out to solve these new puzzles and stop the dangerous conspiracies they reveal. But the tattoos also expose the team’s darkest secrets… Join us for a special video presentation followed by a Q&A with series stars and producers. Blindspot returns for its third season on its new night, Fridays, at 8/7c, starting October 27 on NBC. Become a fan of Blindspot on Facebook at https://www.facebook.com/NBCBlindspot and follow the show on Twitter @NBCBlindspot. 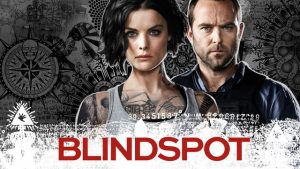 Gotham: Special Video Presentation and Q&A — As Gotham’s origin story continues to unfold, the stakes will be higher than ever in season 4! With the Court of Owls decimated, the aftermath of the Tetch virus crippling the city, and every (surviving) villain in Gotham’s underworld jockeying for power, Jim Gordon and the GCPD will have their hands full.   And that’s just the beginning!   What threat does Ra’s al Ghul pose, will Penguin successfully license crime, and what does Bruce Wayne’s season finale reveal mean for Gotham City, and his ultimate destiny?   Join Gotham as the show returns to New York Comic Con for a special video presentation, followed by a Q&A with series stars and producers. From Warner Bros. Television, Gotham airs on its new night, Thursdays at 8/7c beginning September 21 on FOX, and Gotham: The Complete Third Season is available now on Digital, Blu-ray™ and DVD. Become a fan on Facebook at www.facebook.com/GOTHAMonFOX, and follow the show on Twitter at @Gotham. 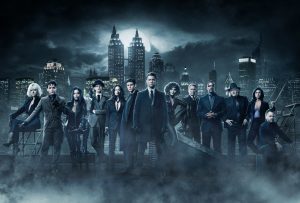 Join Jeph Loeb, Head of Marvel Television, in celebrating Season Five of Marvel’s Agents of S.H.I.E.L.D., with the entire cast and executive producers as they come together at Madison Square Garden, for the very first time, with an action-packed panel, Q&A and never-before-seen footage. This is the one you’ve been waiting for! 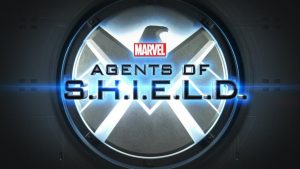 Join Jon Bernthal and the cast of Netflix’s hotly-anticipated original series, Marvel’s The Punisher, for a must-see panel and exclusive first look at the upcoming season, launching globally on the streaming service later this year. From executive producer and showrunner Steve Lightfoot, and executive producers Jeph Loeb and Jim Chory, Marvel’s The Punisher follows Frank Castle (Jon Bernthal), a man who, after exacting revenge on those responsible for the death of his wife and children, uncovers a conspiracy that runs far deeper than New York’s criminal underworld. Jeph will moderate the can’t-miss Q&A. Visit the NYCC online program for more details.

Trailer for Netflix/ Marvel’s The Punisher below. Not suitable for all audiences

Abridged Version of Off-site Events and Mixers/Parties at SDCC