Hello again everyone! I know it been quite some time since I’ve brought some photo coverage from cons, but I’m back today with some of the amazing cosplays that were on display during Katsucon, held from February 16th-18th. For those not familiar, Katsucon is a annual fan-based convention based around Japanese traditional and pop culture, and animation. It’s quite popular on the East Coast and is held right outside of Washington, D.C. in National Harbor, Maryland.

Sound off on your fave cosplay below in the comments! 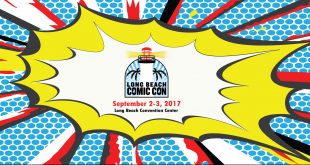