*TNT provided the entire series for review. This review contains mild spoilers for the overall story.

TNT’s new limited series, I Am The Night, oscillates between genuine noir thrills and potboiler excess, with touches of the Gothic thrown in for good measure. It’s an intriguing premise, but unfortunately, it doesn’t come together as a cohesive whole.

As one of the titles on each episode states, the story is “Inspired by the life of Fauna Hodel,” a careful turn of phrase. Rather than dramatize Fauna’s sordid and sorrowful true story, writer/creator Sam Sheridan, working with producers Patty Jenkins (who directs the first two episodes) and Chris Pine (who stars as Jay Singletary, a disgraced reporter suffering PTSD from his time in the Korean War), uses it as a springboard to explore a famous unsolved murder.

Themes of family secrets, identity, racism, and police corruption hang in the atmosphere, each worthy of its own exploration, yet each obliterated by the story’s focus, not on Fauna’s identity crisis, but the possibility that her maternal grandfather, George Hodel (played by a perfectly creepy Jefferson Mays), is the Black Dahlia killer.

When we first meet Fauna (a luminous India Eisley), she’s growing up impoverished in Sparks, Nevada, a mixed-race teenager whose alcoholic mother, Jimmie Lee (Golden Brooks) is struggling to raise her. Jimmie Lee also struggles with everything she gave up, including a promising singing career, to raise Fauna, who is not her own child. Fauna’s discovery that she is adopted sends her on an odyssey to Los Angeles to meet her grandfather and find her biological mother. It’s there that she uncovers more family secrets, one of which could possibly get her killed.

Meanwhile, Pine’s Singletary, an invented character helping propel the narrative outside Fauna’s search, is hell-bent on proving Hodel murdered Elizabeth Short (the infamous “Black Dahlia”) and possibly other women in gruesome fashion. Having been humiliated years earlier while covering Hodel’s trial for abuse of his daughter, Tamar (Jamie Anne Allman), Singletary is reduced to photographing starlets in compromising positions and writing other sleazy stories. Eventually, while covering a murder in which another woman was cut into pieces, he latches on to the theory that Hodel is the Black Dahlia murderer, which eventually sets him on a path that intersects with Fauna’s.

All of this would make for a corking thriller if it meshed together, but it does not. The first two episodes set a mannered, formal noir tone, a bit distancing but also well-done. By the third episode, though, the series becomes increasingly pulpy, veering into Gothic territory in later eps and culminating in a reach for profundity that ultimately rings hollow.

It’s not for lack of talent behind the camera, as each director (Jenkins, Victoria Mahoney, and Carl Franklin each directed two) bring a steady hand to the material. Sheridan wrote five of the six episodes as well. It seems, though that each director’s approach was very different, resulting in a tone that is not consistent.

The actors are all uniformly good, from Eisley’s determined and pre-possessed Fauna, to Pine’s violence-prone Singletary. Connie Nielsen also turns in a wicked performance as Corinna, one of Hodel’s ex-wives and a canny artist in her own right.

Mostly, though, I was bothered by what I saw as unnecessary inventions and diversions in bringing Fauna’s story to life. Growing up thinking you are a poor, mixed-race child and finding out your birth family is rich is no picnic, but everything else she learns about the Hodels (which I won’t reveal because it’s better to see it in the show, though you can find online if you like) is fascinating enough that focusing even part of the story on a person who didn’t exist seems a waste (again, not Pine’s fault—he’s great in the role). Also, while I can see the parallels they’re trying to draw between Pine’s war-inflicted psychic wounds leading to violence and Hodel’s own childhood traumas and penchant for murder, they never worked for me. Fauna herself was involved in the production, though, so it’s fair to assume she was okay with the liberties taken.

While I enjoyed I Am The Night for what it was, I can’t help thinking there’s a missed opportunity to delve more deeply into what all those secrets can do to a person, especially given the parallels in our current climate and especially when it comes to racial identity.  By overstuffing the plot, the creators wind up with a lot of filling, but no real sustenance. 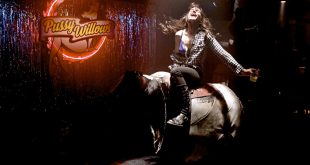 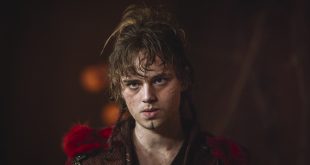 Some major tea was spilled on this week’s episode of Into the Badlands: Carry Tiger …