Check out all the Funko exclusives that will be at SDCC this year. As in previous years, most will be shared. Please note that we only publish those that have been officially revealed on the Funko Blog. How many will you be buying??

Celebrate the fandom that has brought you over
50 years of adventures in space and time with this
shared San Diego Comic-Con and
Barnes and Noble exclusive Pop! Pting.

Celebrate your favorite moments from the from the l
ongest-running multicamera comedy in TV history,
The Big Bang Theory with San Diego Comic-Con exclusive
Pop! Howard dressed as Batman, Pop! Leonard
as the Green Lantern, Pop! Penny as Wonder Woman,
Pop! Raj as Aquaman and Pop! Sheldon as The Flash.

Add The Big Bang Theory to your wardrobe with
San Diego Comic-Con exclusive Pop! and Tee of
Sheldon as The Flash and Pop! and Tee of the group
in their iconic DC Super Hero costumes.

Pop! Movies—Teen Wolf (Target)
Adolescence isn’t easy and it’s especially challenging
when you find yourself turning furry and howling at
the moon whenever emotions are high. Bring home
your very own San Diego Comic-Con exclusive
teen werewolf Pop! Scott Howard but be prepared
for teenage hormones and lots of fur.

Whatever you do, don’t go in the water! Celebrate
the 1975 classic film that continues to terrify
beachgoers 44 years later with a San Diego Comic-Con
exclusive 6” Pop! Jaws eating shark hunter Quint

Do you prefer to throw yourself into the battle with
guns blazing or camp out in the bushes and wait for
your enemies to eliminate each other? Are you the first
or last player off the Battle Bus? Sink your teeth into
victory with a San Diego Comic-Con exclusive
glow in the dark Pop! Loot Llama.

Pop! Games: Overwatch – McCree (GameStop)
Keeping the peace on Earth isn’t going to be easy, so you’ll
need to gather a well-rounded team of heroes to increase
your odds of success. Increase your odds of survival
by bringing home a San Diego Comic-Con
exclusive Pop! McCree wearing his summer skin.

Bring a touch of Dreamland to your collection with
Pop! Princess Bean from the adult animated
comedy series DISENCHANTMENT.

Go on an adventure with your favorite teenage witch with
San Diego Comic-Con exclusive Pop! Sabrina
with a handy cauldron.

The world’s favorite half-demon is back, fighting the
forces of evil as a San Diego Comic-Con exclusive
5-Star Hellboy and 5-Star Abe Sapien.

Pop! Star Wars: Star Wars – The Rise of Skywalker
Bring home a piece of the most stellar fandom of them all with San Diego Comic-Con debut Pop! Red Sith Trooper!

Where can you find these exclusives?
At the Funko & San Diego Comic-Con® booth (booth #100)!

Comic-Con® is a registered trademark of
San Diego Comic Convention.

Participants will be randomly selected about 48 – 72 hours
after the Exclusives Portal closes. After the selection
process is complete, a notification will be sent to you via email.
At that time, you could log in to the Exclusives Portal through
your Member ID account and navigate to the
“CONFIRMED” tab to see if you were selected to participate.
You may not swap your time slot for an earlier or later time slot.

Bring home your favorite late-night talk show host dressed as Pennywise from IT with this San Diego Comic-Con exclusive Pop!

Love Conan O’Brien? Love HBO’s Game of Thrones? Want to see your favorite late-night talk show host reimagined as Jon Snow? Be sure to grab our new San Diego Comic-Con exclusive Pop! Armed with his very own Long Claw and sporting his signature red hair, the Conan Pop! will be available exclusively at SDCC!

Gamer, Fantasy Football Fanatic, Whovian, Marvel lover, all around Nerd. Founder of The Nerd Element.
Previous TNE Podcast Episode 6: A Bit of This A Bit of That
Next Last Minute Tips for Travelling to San Diego Comic-Con 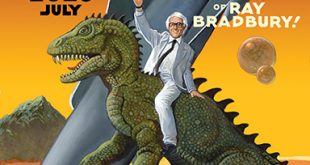 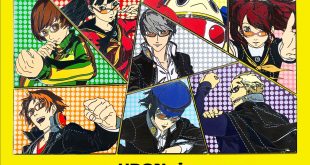 Exclusives for Comic-Con at Home via UDON Entertainment 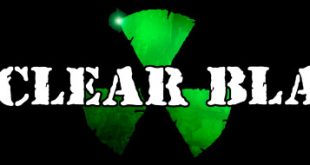 Nuclear Blast joins in the Comic-Con@Home fun with exclusive products and live streams. Products will …