Bryce February 1, 2020 The World According to Bryce -Sports Leave a comment 74 Views

Previous Disney+, ESPN+ and Hulu debut at D23
Next I Just Knew It! 49ers Blew It! 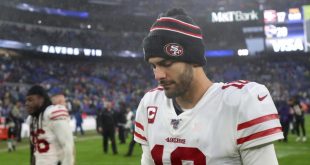