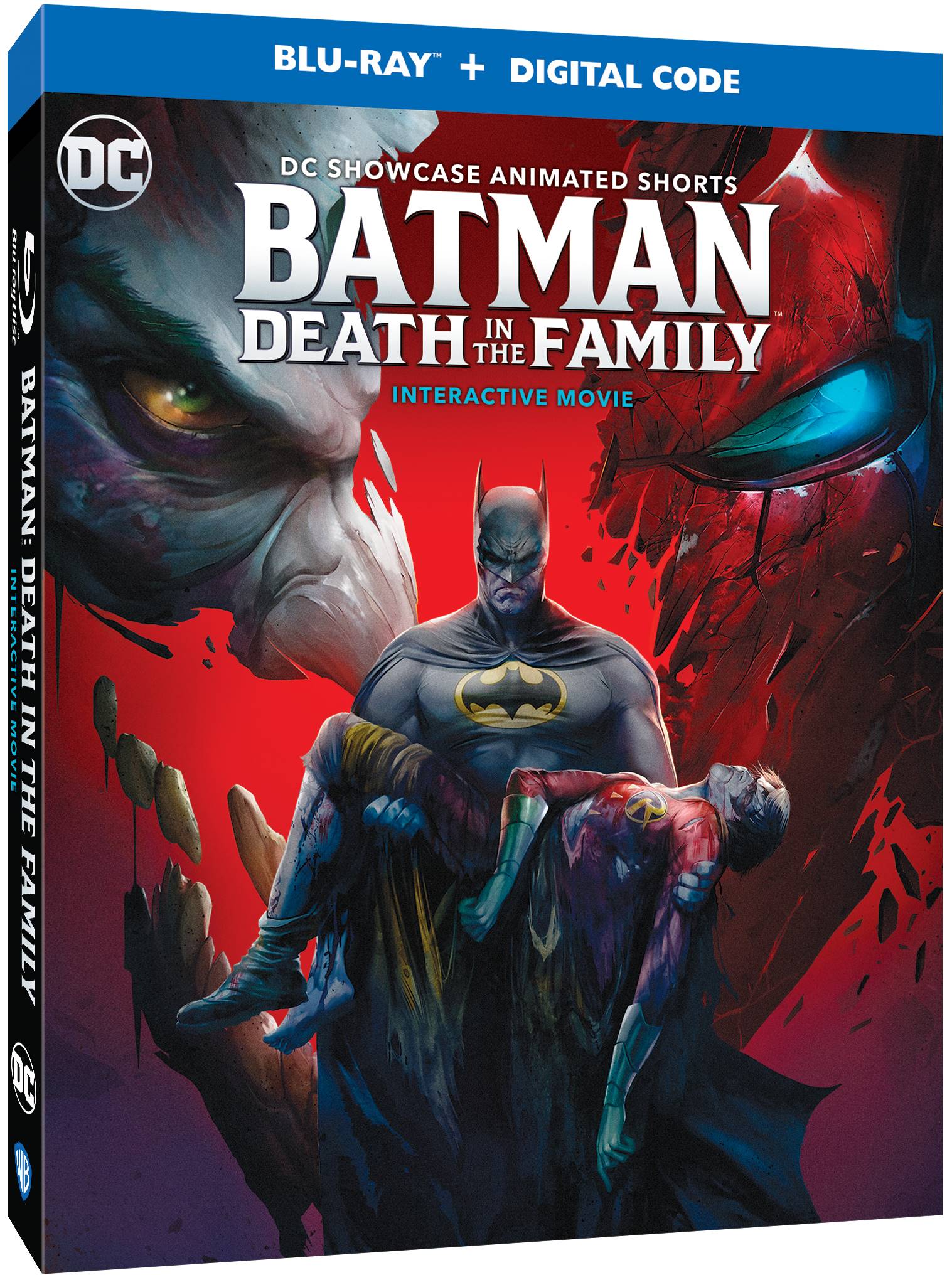 WBHE panels will spotlight never-before-seen footage, discussions with filmmakers, and showrunners, artists and actors. All three panels will be live-streamed through NYCC’s partnership with YouTube, and specific panel links will be found via the NYCC website at  www.newyorkcomiccon.com.

Here’s a breakdown of the panels – and confirmed talent – appearing at New York Comic Con:

Warner Bros. Home Entertainment’s unveils its first-ever interactive film presentation with Batman: Death in the Family in a fascinating New York Comic Con panel. As the anchor of an anthology of 2019-2020 animated shorts, Batman: Death in the Family is based on the 1988 landmark DC event where fans voted by telephone to determine the story’s ending, and is organically grown out of the 2010 DC Universe Movie, Batman: Under the Red Hood. In this new version, the animated short is an interactive storytelling presentation with numerous “branches,” allowing the viewer multiple options from which to choose and alter the path of the core characters (Batman, Robin, Joker, Red Hood and more). Join producer/director/writer Brandon Vietti (Batman: Under the Red Hood, Young Justice), actors Bruce Greenwood (The Resident, Star Trek, iRobot), Vincent Martella (Phineas and Ferb, Everybody Hates Chris) and Zehra Fazal (Young Justice), and moderator Tiffany Smith (DC Daily) for an in-depth panel discussion about this innovative film. Produced by Warner Bros. Animation and DC, DC Showcase – Batman: Death in the Family arrives from Warner Bros. Home Entertainment on Blu-rayTM Combo Pack and Digital starting October 13.

Be part of the first-ever convention panel to feature the four core voices of the Scooby-Doo franchise as they chat about their all-new film, Happy Halloween, Scooby-Doo! – and then show you the first eight minutes of the movie! Scooby-Doo and Shaggy’s favorite holiday is upon us! With fake monsters and candy galore, Halloween is heaven for these hungry foodies going door-to-door. But this year, their sweet holiday turns sour when the neighborhood pumpkin patch is infected by toxic ooze, creating high-flying jack-o-lanterns, and a king-sized pumpkin leader squashing everything in its path. It’s up to Scooby-Doo and the gang as they team up with their pals, Elvira, Mistress of the Dark and Bill Nye the Science Guy, to solve this mystery of gigantic proportions and save Crystal Cove! Enjoy a fun panel discussion amongst  voiceover legend Frank Welker (The Transformers), in his 50th year voicing Fred Jones and 18th year voicing Scooby-Doo; Grey Griffin (DC Super Hero Girls films) in her 20th year as Daphne Blake; Matthew Lillard (Twin Peaks, Bosch, Good Girls) celebrating his 18th year as Shaggy Rogers; Kate Micucci (Unikitty!) in her fifth year as Velma Dinkley; Cassandra Peterson (Elvira, Mistress of the Dark), director/producer/writer Maxwell Atoms (Fish Hooks, The Grim Adventures of Billy & Mandy) and moderator Damian Holbrook (TV Guide Magazine senior writer). Then stay for a special sneak peek at the first eight minutes of the film. Happy Halloween, Scooby-Doo! arrives on DVD and Digital HD starting October 6.

Warner Bros. Home Entertainment (WBHE) brings together Warner Bros. Entertainment’s home video, digital distribution and interactive entertainment businesses in order to maximize current and next-generation distribution scenarios. An industry leader since its inception, WBHE oversees the global distribution of content through packaged goods (Blu-ray Disc™ and DVD) and digital media in the form of electronic sell-through and video-on-demand via cable, satellite, online and mobile channels, and is a significant developer and publisher for console and online video game titles worldwide. WBHE distributes its product through third party retail partners and licensees.

DC is one of the largest English-language publishers of comics and graphic novels in the world and home to some of the most iconic and recognizable characters ever created. As a creative unit of WarnerMedia, DC is charged with strategically integrating its stories and characters across film, television, consumer products, home entertainment, interactive games, and the DC Universe digital subscription service. For more information visit dccomics.com and dcuniverse.com.

DC SHOWCASE BATMAN: DEATH IN THE FAMILY © 2020 Warner Bros. Entertainment Inc. BATMAN and all related characters and elements are trademarks of and © DC Comics