Hi everyone! I have some interesting new updates for both Disney World and Disneyland Resort. At Walt Disney World, they have added another new rule to keep the parks safe. Another new rule that they added is finish your food and drinks before you get in line for the rides. This is certainly a good rule to have. While social distancing is implemented in attraction queues, there’s no way cast members can be managing all of the lines in every place all the time. As such, somebody eating in line has their mask down, which is simply a risk that Walt Disney World isn’t going to want to take. The rules in place when Walt Disney World first opened made a lot of sense and were mostly pretty obvious. Face coverings were required and temperature checks were done as guests entered the parks or Disney Springs. However, it’s the fact that the rules have continued to evolve that makes the resort really seem to have guest safety in mind. When studies showed that bandanas and similar face covering were not as successful at stopping the spread of the virus, they were deemed unacceptable in the parks. And when guests were clearly using eating food as a loophole to walk around the park with no mask, the rule requiring guests to remain stationary was implemented. This new rule will certainly cause some minor inconvenience, but the added safety will be worth it. And to be honest, if you’re visiting Walt Disney World right now, you’re doing so with the clear understanding that there will be many slight inconveniences. On the plus side, the park is much emptier, and it’s open in the first place, which probably make the downsides feel very minor.

This information came from the Cinema Blend published by Dirk Libby.

Walt Disney World’s Guardians of the Galaxy Roller Coaster has taken a big step forward in Epcot. This ride could be delayed into 2022 as the 50th Anniversary plans could very well be scaled back, as the parks may spend some or all of 2021 still running at limited capacity. If this happens, it would be opening as part of Epcot’s 40th anniversary.

Disney World is redesigning its iconic entrance sign to feature shades of gold and blue. Good news: Mickey and Minnie will still be there! The Disney World welcome sign currently features vibrant shades of red, gold, blue, and purple, and features the slogan “Where Dreams Come True.” The update will change the slogan to “The Most Magical Place on Earth” and will transform the gateway to show off gray, gold, blue, and muted rainbow flags on top. Disney World’s 50th anniversary is now in 2021, so all of these updates might be in preparation for a big celebration.

Disney World Dining reservations have been secured during technical glitch to be cancelled as guests were impacted to receive $25 digital gift card.

Over at Disneyland Resort, they have announced that the Buena Visit Street will welcome back guests beginning November 19 for shopping and outdoor dining.

Disneyland has brought back more than 200 furloughed employees have been recalled.

Disneyland takes on 20 projects during coronavirus closure as they won’t be opening until starting next year or next summer. The continued work is good news for Disneyland fans after Disney announced plans to cut $700 million in capital expenditures as a result of the pandemic’s impact on company coffers. Here are the 20 project refurbishments:

Vertical construction has begun on the trackless dark ride behind Mickey’s Toontown. The debut of Mickey and Minnie’s Runaway Railway has been pushed back from 2022 to 2023.

The faux mountain range lining the edge of Toontown has been removed in spots to allow for construction to proceed on Runaway Railway.

Disney was issued a building permit for a $7.5 million attraction building with offices, restrooms and employee break room on a 120,000-square-foot site.

Construction crews have been spotted outside the classic dark ride that was undergoing refurbishment before the closure of Disneyland.

The project calls for the interiors and exteriors of the Haunted Mansion to be refreshed and some attraction mechanics to be refurbished.

The exterior of the classic Fantasyland dark ride has been painted with lighter tones to make the attraction less “scary.” The refurbishment has added turquoise shingles to a corner rooftop while castle bricks have been repainted a pink shade near the bottom rising to a grey color near the top of the building, according to MiceChat aerial images.

The extensive $445,000 “happily ever after” makeover will add new music, LED black lighting, laser projections, animation systems and audio-visual technology to the dark ride while removing the “scary” finale.

Construction scrims have surrounded the merry-go-round at the center of Fantasyland that was undergoing refurbishment before Disneyland’s closure.

The refurbishment project will replace the carousel’s steel canopy and freshen up the hand-carved horses.

Disney was issued a building permit to replace a plank bridge and its steel structure in the show set of the motion-based dark ride.

Disney crews performed a $115,000 reroofing of Mickey’s Toontown residence where visitors meet the famous mouse and pose for photos.

Scaffolding went up around Mickey’s House shortly before Disneyland was closed by the pandemic.

Work was underway on a $1.1 million emergency exit exterior staircase for the indoor roller coaster when Disneyland was closed.

Crews conducted seasonal maintenance on the Toontown kiddie coaster that is listed as closed for refurbishment on the Disneyland website.

The last remaining “French fry” rocks surrounding the entrance to Tomorrowland have been removed, according to MiceChat.

The rockwork is being removed as part of Project Stardust — which sought to widen walkways and reduce pinch points throughout the park.

A $200,000 renovation widened an existing bridge and replaced a pair of 15-foot-tall faux wooden gates and a 16-foot-long marquee at the Frontierland entrance.

Crews have finished renovating the brick apron between Sleeping Beauty Castle and Matterhorn Bobsleds near the Disneyland hub.

Disney was issued a building permit for a $350,000 reroofing of the Cider Mill and Blacksmith shop and the removal and reinstallation of a scenic prop platform.

The rustic building on the tip of Tom Sawyer’s Island serves as the centerpiece for Disneyland’s nightly Fantasmic water show.

Maintenance crews have removed scaffolding from around the Emporium after repainting and refurbishing the exterior of the gift shop near the Disneyland entrance.

Work has not begun yet on the “Princess and the Frog” makeover of Splash Mountain.

Walt Disney Imagineering is working with Walt Disney Animation Studios on a backstory and designs for the reimagined Splash Mountain attraction.

The classic version of Splash Mountain will return when Disneyland reopens.

Ride testing was underway on the new Web Slingers: A Spider-Man Adventure attraction just before the closure of DCA.

The debut of Avengers Campus has been delayed from July 2020 to an as-yet-unannounced date.

The new backstage office building is being built behind Luigi’s Rollickin’ Roadsters in Cars Land.

Crews conducted seasonal maintenance on both of the two platforms on the Cars Land whip ride.

Many of the stationary gondolas have been removed for routine maintenance on the Pixar Pier Ferris wheel while the park is closed.

Scaffolding has been removed now that a fresh cloud backdrop has been repainted on the side of the “Frozen” stage show building.

All of this Disney information came from the Disney news I look at.

I would like to hear lots of comments, thoughts, or opinions down below!

Feel free to ask me questions if you have any questions!

Bryce lives in Chandler Arizona and is a huge fan of Arizona Cardinals football and Arizona Diamondbacks baseball. Bryce enjoys going to the movies, and Disneyland Resort. Bryce is on the autism spectrum and seeks to serve as an example of the significant contributions to society that those on the spectrum can make.
Previous Week 8 Prediction Updates and Week 9 Picks!
Next NFL Week 9 Prediction Updates and Week 10 Picks! 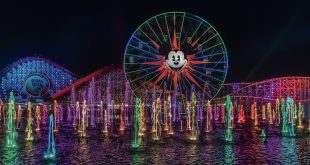 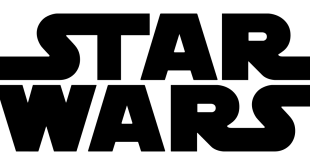 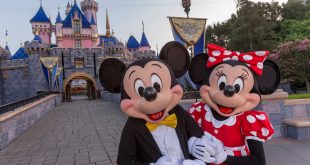