Today, The Game Awards (taking place in Los Angeles on December 1st 2016) announced that not only would the show air live on Twitter, but it will air live in virtual reality on NextVR as well as on other platforms. Full details below courtesy of their press release. 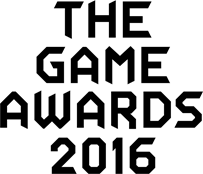 LOS ANGELES (November 2, 2016) – The videogame industry’s biggest night is about to become one of the widest distributed digital events in history. Today, The Game Awards announced that its 2016 gala event, scheduled to air live from the Microsoft Theater in Los Angeles on Thursday, December 1, will celebrate the best games of 2016 across a record number of global screens and platforms, including a landmark live broadcast in virtual reality, the first live awards show broadcast on Twitter, and a historic live simulcast in China, in partnership with Tencent.

Hailed by The New York Times as “The Oscars of the gaming world,” The Game Awards unites game industry creators, eSports champions, influencers and Hollywood names for a night of awards, exclusive game world premieres and musical performances. Produced, hosted and financed by media entrepreneur Geoff Keighley, The Game Awards is accessible to watch around the world across all major mobile, desktop and console devices used to play games.

“Video games have the power to unite communities from all over the world, and this year we will share the power of gaming with more people than ever before,” said Geoff Keighley, creator/producer of The Game Awards. “For 2016 we will expand our all-digital, no-friction path to global distribution through partnerships that include the first live awards show broadcast on Twitter, an initiative with Tencent to bring The Game Awards live to China, and our innovative, first-of-its-kind live VR broadcast with Next VR.”

Through a partnership with NextVR, the leading virtual reality broadcast platform for live-action content, The Game Awards will be the first award show to livestream in virtual reality. Accessible via the NextVR app, the live VR broadcast of The Game Awards will feature VR camera rigs placed throughout the Microsoft Theater. The collaboration between NextVR and The Game Awards gives viewers multiple vantage points of the show including a front row seat next to some of the biggest names in the industry. An on-stage robotic camera, built especially for the show, will move around during the broadcast to continually give VR viewers a new perspective on the awards and musical performances.

Further expanding its global reach and distribution, The Game Awards will air a live localized version of the show on Tencent‘s integrated Internet platforms in China, including QQ.com. In addition to watching a live translated version of the show, Chinese viewers can use WeChat, QQ.com, and Tencent News App to vote on a special “Fans Choice Award,” based on nominees selected by Tencent’s gaming editors. The winner of the award will be announced during the live global broadcast.

On Twitter, The Game Awards will be the first live awards show broadcast on the platform, creating a unified experience for viewers to watch and comment on gaming’s biggest night. Live Twitter comments on breaking news and the results of Twitter user polls will be integrated into the broadcast.

For the first time The Game Awards will air on Facebook Live, bringing video game’s biggest night live to Facebook users around the world. In addition, Facebook is partnering with The Game Awards to create a special Backstage Facebook Live Room for nominees and digital influencers to go live on their pages and interact with fans in real time.

The Game Awards will once again return to web, mobile and console platforms around the world, airing on PlayStation Network, Steam, Twitch, Xbox Live, YouTube, and highlights will also be featured in a Snapchat Live Story. Additional details about distribution below:

Returning for 2016 is “The Game Awards Sale,” an opportunity for fans watching on PlayStation Network, Steam, and Xbox Live to purchase select nominated games at a discount.

The Game Awards 2016 is executive produced by Geoff Keighley and Kimmie H. Kim. LeRoy Bennett is creative director, and Ryan Polito is director.

Details on nominees, world premieres, presenters and musical performances for The Game Awards 2016 will be released in the coming weeks. Tickets are now on sale for purchase via AXS.com

For more information and to stay up to date on the latest announcements, please visit www.thegameawards.com

TVTalk with the Nerd Element Ep 138: Ranting and Tearing Up