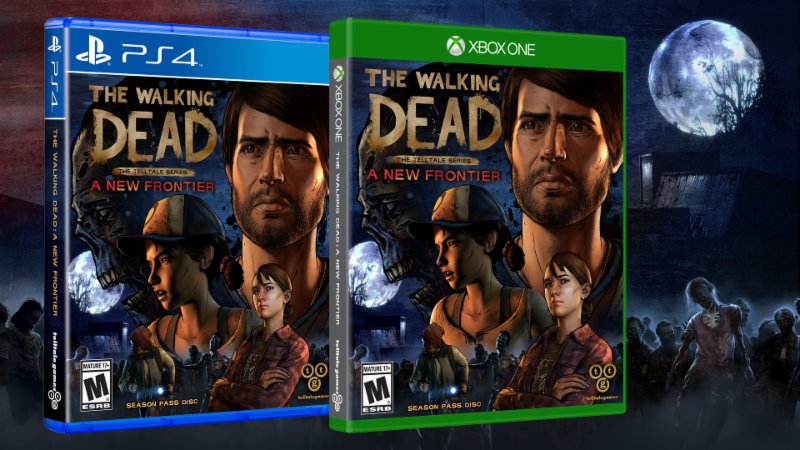 Today Telltale Games debuted the full trailer for their next season of The Walking Dead: The Telltale Series which will be subtitled A New Frontier. The new season debuts on 12/20 with 2 parts and will be available for PS4, XBox One, iOS, Android (via Google Play), as well as Windows for PC. More information, pictures and the trailer all below courtesy of their press release. 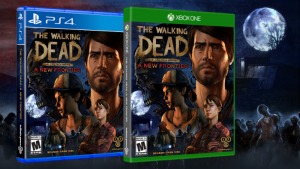 Today we can share the full launch trailer for The Walking Dead: The Telltale Series – A New Frontier, the all-new season in the critically-acclaimed series. The season debuts on December 20th taking form of a special two-part premiere with two episodes debuting on the same day: Episode One: ‘Ties That Bind’ Part I & Episode Two: ‘Ties That Bind’ Part II.

In the full launch trailer for the two-part premiere, we further explore the dire situation that brings newcomer Javier and his family together with the young survivor Clementine. We also catch a glimpse of familiar faces from The Walking Dead universe such as Jesus, while also getting some clues on exactly what this ‘New Frontier’ represents…

The first TWO of five episodes in The Walking Dead: The Telltale Series – A New Frontier will premiere digitally worldwide starting Tuesday December 20th on PC from the Telltale Online Store, Steam, and other digital distribution services, on the Xbox Games Store for Xbox One®, and on the PlayStation®Network for PlayStation 4. The episode will be available the same day for compatible iOS devices via the App Store, and for compatible Android-based devices via Google Play. Release dates for additional platforms will be announced in the near future.

Beginning in February, the series will also be available for purchase on a special ‘Season Pass Disc’ for PlayStation 4 and Xbox One consoles, which will include the premiere episodes for the third season, as well as access to all subsequent episodes in the five episode season for download as they become available.

Users can pre-order the season for their favorite platform now by visiting https://telltale.com/series/the-walking-dead-a-new-frontier/#buy. As a special bonus, PlayStation 4 digital preorders also receive a complimentary copy of The Walking Dead: Season Two and The Walking Dead: Michonne; while Steam users receive a discount of 10% for preordering.

When family is all you have left… how far will you go to protect it? Years after society was ripped apart by undead hands, pockets of civilization emerge from the chaos. But at what cost? Can the living be trusted on this new frontier? As Javier, a young man determined to protect his family, you meet a young girl who has experienced her own unimaginable loss. Her name is Clementine, and your fates are bound together in a story where every choice you make could be your last.

The Walking Dead: A New Frontier will act as both a new beginning for players fresh to the series and unfamiliar with Clementine, as well as a continuation for players who have experienced Seasons One and Two. Players new to the series will be able to start a story that is tailored to this new beginning. Players continuing onward from prior seasons will have multiple options for quickly configuring their tailored backstory, or importing past save files from various platforms. Additional information on this feature will be detailed in the coming week.

The Walking Dead: The Telltale Series – A New Frontier is expected to receive a rating of ‘M’ (Mature) from the ESRB.

TVTalk with The Nerd Element Ep 140: Ghost Riders and WereWolves