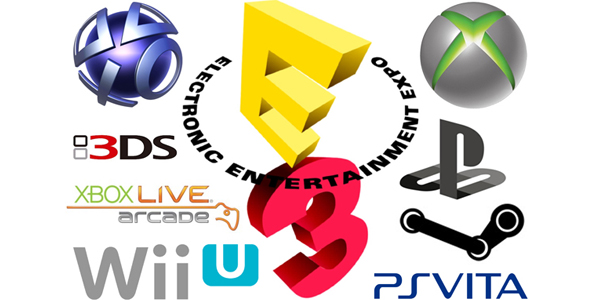 One thing was clear this morning at the press conference for E3. Microsoft is not messing around. They made one thing clear from the very beginning. The entire presentation was going to be ALL GAMES. And boy did they hold up that promise. For 90 minutes there was absolutely nothing but games. Trailer after trailer, live demos, game announcements. There was no time for anyone to catch their breath. Not until they were finished.

The host, Phil Spencer, started off by letting the audience know that for every game that was going to be shown, the DLC was going to be available first on an Xbox console. That seemed like a minor thing at first, but as they began to roll out game after game, that statement began to sound more serious.

First up was a trailer for Call of Duty: Advanced Warfare. The franchise is, again, moving toward the future. We had a taste in Black Ops 2, and we get another serving this November.

Next was a page torn from the book of Apple. New DLC was announced for Forza 5. The world renowned Nurburgring track was coming. When? Right now. For how much? For free. The audience loved that one.

Before the audience had even settled down, a trailer began. For what? Forza Horizon 2. You can look forward to “dramatic weather,” “seamless multiplayer,” “open world drivatars” (when you find out what that is, let me know), “1000 player car clubs,” “over 200 cars,” and“open world freedom.” It’s coming this September 30th.

Then there was a new trailer for Evolve. Again, there was mention of exclusive DLC as well as a Beta only on the Xbox One.

Ubisoft took the stage and showed a live demo of Assassin’s Creed Unity. This time the game is set in 18th Century France, historically a very volatile time for that country. The session included a team of assassins. it even one point switches to the point of view of the victim as he is being thrown from the window of a tall building into an angry mob below. He somehow survives the fall and is promptly beheaded. Watching his own headless body fall next to him. He is then lifted high above the mob before finally losing consciousness. The camera switches away from his POV and we find out that his head has been placed atop a spear among a group of other heads.

Next up was the trailer for Dragon Age: Inquisition.

This was followed by a trailer Sunset Overdrive. This was a great trailer that started out a bit confusing, lampooning a military shooter that will remain nameless, before revealing an extremely colorful world. The enemies have been mutated thanks to contaminated energy drinks. Yes, you read that right. Ted Price took the stage and showed off a live demo. The game looks like a lot of fun, featuring 60’s Batman style words in the background as you attack enemies. It has an October 28th release date and is an Xbox One exclusive.

If you thought that trailer was colorful and loud, hold on to your seats. Super Ultra Dead Rising 3 Arcade Remix Hyper Edition EX Alpha was up next. This had to be one of the strangest titles of the day. It turned out to be DLC for Dead Rising 3, with 4 player co-op and the ability dress up as Capcom characters from the the 30 year history of the company. Not only that, it’s available now.

Dance Central Spotlight was next announced. Meh. It’s a digital only title for Xbox, if that’s your type of thing…

Moving on. We got a look at Fable: Legends. Now this was interesting. We see character self narration a la Bastion. Again, this game features 4 player co-op,, just like quite a few games announced throughout the day. There is one major twist here: You can be the villain, controlling the game from above RTS style, setting up traps and enemies for the heroes. A multiplayer beta will be available this fall.

Keeping with the theme of game creation, a trailer for Project Spark was shown. I’m not quite sure if I would describe this as a game, per se. It allows you to create and share your own games. Large descriptive words appeared on the screen “Co-op,” “Multiplayer,” “Galaxies.” I’m still not completely sure what all this means, but I will be looking into it. And then in a particularly head-scratching moment, Conker shows up. Yeah, that Conker. As in the main character from Conker’s Bad Fur Day. Who exactly was waiting for his return? I know I wasn’t.

Ori and the Blind Forest was shown next. I don’t know know much about it, but it looks amazing!

Next came a huge crowd pleaser. Halo: Master Chief Collection. Coming out November 11, the collection includes the ENTIRE Halo Saga for Xbox One. There will be custom playlists to play great moments from all of the games. One of the games, Halo 2 Anniversary, will contain the original multiplayer exactly as it shipped 10 years ago. Also included are 100 multiplayer maps, every map released from Halo 1 through 4 and it will ship with 4000 gamerscore! Achievement hunters rejoice! Also in the collection is Halo Nightfall, a live action movie by Ridley Scott.

Also announced was the Halo 5: Guardians beta that will be coming in December;

We then get a trailer for a game that looked a bit like a next-gen Limbo. It’s called Inside: Not sure what this is but I hope to learn more soon.

Did you enjoy the Tomb Raider reboot from a year ago? I know I did. Would like some more? Microsoft thinks so. Here, have a trailer for Rise of the Tomb Raider. Try not to drool.

Witcher III: Wild Hunt was up next with a live demo. We follow the Witcher through a massive colorful world as he hunts a gryphon. The only time this trailer ground to a halt was when there was some truly terrible voice acting.

Do you remember Phantom Dust from the original Xbox? I don’t, but I wish I did. Apparently it’s getting a re-imagined and released on the Xbox, and it looks pretty cool

A live demo for one my most anticipated games, The Division, took the stage. The demo featured players engaging in an insane firefight to set up a base of operations. There was lots of yelling over headsets and coordinating to take out the enemies. There was also me, wishing I were playing it already.

Platinum Games showed off their new game, Scalebound, showing a trailer with action you can only expect from Platinum. These are the same people who brought us a bullet witch wearing a hair suit, so…yeah.

And finally, the audience lost their minds with one word: “Agent.” You know what I’m talking about Crackdown. Massive destruction. A HUGE city. Orbs. You want it.

And to close out the presentation, we got the new motto for Xbox One: It’s more fun on Xbox One.

Ok, you can breathe now.