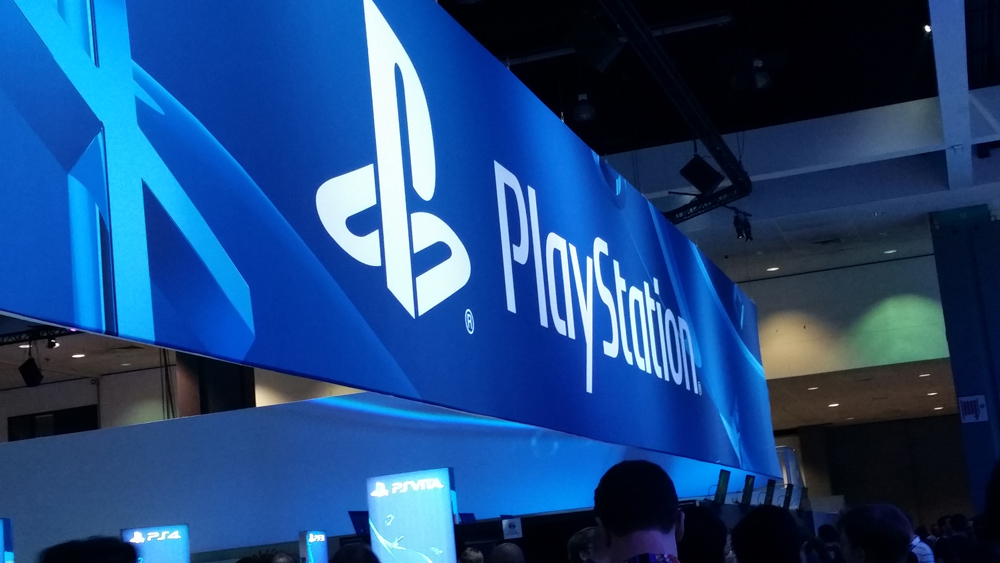 It was Sony’s turn to shine.

There were no words or hosts to start the presentation. Nothing. Just darkness.  Then a trailer started.  There was space travel and men landing on Mars. It turned out to be a new Destiny trailer featuring voiceover from Tyrion. Now there was the perfect way to get everyone’s attention.  It couldn’t have been better if Cleavon Little had walked out on stage before the trailer and said, “Excuse me while I whip this out.”

Dated reference, I know. But the film buffs will get it.

After the trailer ended and everyone was giddily staring at the stage we finally got a host, Andrew House.

He proceeded to give the audience more details on the game.

Destiny will arrive first on Playstation 4 in the form of the beta on July 17th. Surprisingly, Bungie is also granting access to the alpha starting this Thursday, June 12th. If you want to register to join visit their website (www.greatnessawaits.com/destiny) to sign up. There would also be a new glacier white PS4/Destiny bundle. Available when the game is released on September 9th, it includes Destiny, a glacier white 500GB PS4, and a 30 day PS+ voucher.

Another trailer started featuring a man finding a monster eating someone or something in the darkness.  It turned out to be a new trailer for The Order: 1886.

The next game introduced was Entwined. We got to see a very colorful trailer. It has a bit of a  Flow/Flower/Journey feel. It will be coming to all Sony systems, but the PS4 version is available right now for $9.99

Next was Infamous: First Light. This a standalone DLC for Infamous: Second Son. You don’t need to own Second Son, but the if you do, you get exclusive content. It will be available in August

Then came a crowd pleaser: Little Big Planet 3.  The crowd went wild. There was a live demo featuring new playable characters. We also found that 8.7 million levels have been created for LBP 1 and 2.  What’s great about that is all these levels will be playable in LBP3 with improved graphics. That should keep you busy for a while. It comes out this Christmas

A very moody trailer for Bloodborne started next. There were shambling zombies and zombie dogs in what looks like a Victorian era world.  The trailer didn’t give too much away, except that it will be coming in 2015.

Far Cry 4! There was a live demo, while the developer mentioned something about “weaponized animals.” I didn’t quite here over the loud noise someone squealing.  The demo showed that you now have a grappling hook for climbing and a crossbow. I’m not sure if that takes the place of the bow and arrow of Far Cry 3, but it is a welcome addition. You can shoot from your vehicle while driving now, and jump from one vehicle to another. There looked to be campaign co-op. And Elephants. After the squealing finally calmed down (seriously, who was that?) they dropped another bomb: You can invite your friends to join you even if they don’t own the game. This feature will only be on Playstation 4

We were treated to another cool trailer with a man jogging happily oblivious to the world falling apart behind him to a zombie apocalypse.  It turned out to be Dead Island 2.  Well, we know one thing, the people behind this game really know how to make a cool trailer.  I just hope they can truly deliver on that promise this time around. There will be a 30 day beta, as well as a full character class, both exclusive to the PS4

Did you like The Last of Us? Do you want to play some more of it? Well, Diablo 3 appeared next.  Hold on. Trust me this will make sense. Only on the PS4 version, there will be an exclusive Last of Us themed dungeon where you can battle clickers and other enemies from the Naughty Dog game.

Battlefield: Hardline was next. This time it is set in Los Angeles.  And the beta is available now on PS4.

For the kids (and man-babies, such as myself) we got a new trailer for Disney Infinity 2

Then we got more Destiny. There will be PS4 exclusive maps, armor sets, gear, and a character class,

Magicka 2 appeared as a humorous trailer.

We next got a letter from a 12 year old asking for the return of old games.  It turned out that this little girl had hairy man-hands…and a beard. Ok, it was actually Tim Schaffer with some great news. Grim Fandango will be returning!

There was next a blur of motion as a montage of upcoming games was shown: Devolver Digital, Broforce, Titan Souls, Not a Hero, Hotline Miami: Wrong Number, and The Talos Principle. All of these, with the most likely exception of The Talos Principle, would be available on both the PS4 and the Vita.

We also got a new Suda 51 game.  The trailer for Let it Die was shown. It looks pretty brutal!

Abzu from Giant Squid is exclusive to PS4

We next got a very colorful trailer for a new game called No Man’s Sky. It starts out on a planet with lots of wildlife, seamlessly travels into the atmosphere, through space, and to another planet, into its atmosphere, and down to the surface.  WOW! There is a procedurally created universe. It it infinite. Each player starts on their own planet. The developers mentioned that they don’t even know the full extent of “what’s out there.” Players will get to explore and discover worlds throughout the universe.  This is the only game that made my jaw drop. Again, WOW!!!!

Andrew House came back out and proceeded to talk about the PS4’s best kept secret, the Playstation Camera. Apparently it’s selling well. And he also brought up Project Morpheus. You know, the reason we have light bars on the Dualshock 4. It’s still in development. They had a few of them on the floor for people to check out.

And now the conference slowed way down.  He started to talk about PSN, then statistics.  There were numbers. Lots of numbers.  Only Sony. They always have to sneak those numbers in at some point.

The one good thing that I pick up on was that there will FINALLY be a YouTube app on the PS4. Not only that, but it will work with the Share button.  It’s about time.

Ok, back to games. Kinda…well not really.

We got a trailer for Playroom. There will be new DLC and broadcasting sets for when we share.

He then went on to talk about Free to Play (F2P) games. There will be a lot of F2P games on the PS4. Kingdom Under Fire; Planetside 2; Guns Up were all shown on a sizzle reel.

He then moved on to the long talked about Playstation Now service. It will be available July 31st, giving us access to old games through streaming. Not only will it be available on the PS4 console, but it will be coming to select TV’s. There will be no need for a console. All you need to buy is a Dualshock 3 controller. It will also available on the Vita.

Playstation TV is also coming to the US. It will cost $99.

Ok, NOW, back to the games

We were given a new trailer for Mortal Kombat X got off the stage. This new sequel looks BRUTAL!

Did I say we were getting back to the games?  Not quite yet, hold on.

Comic book writer Brian Michael Bendis took the stage. Yeah, really. He introduced Powers. This is an exclusive series for PSN coming in December. It sounds pretty cool.  The first episode will be free for all Playstation users. However, PS+ members get the entire series for free.

We also got another trailer. This time it was for Ratchet and Clank: the Movie.  This will be coming out in 2015. And I will be in the theater. Ratchet and Clank was the gateway drug that got me back into gaming after I stopped, so my ticket has already been bought.

Now for another whirlwind of game trailers.

The Last of Us Remastered. It will be coming out on July 29th. (As a warning: The trailer linked below contains spoilers. So if you haven’t played the game yet, you might not want to watch this trailer)

Grand Theft Auto V will be coming to the PS4 this fall! That was probably the worst-kept secret of the conference. Sony did get one little jab in at Microsoft though. PS3 AND Xbox 360 players will be able to move their progress over to the PS4 version and continue playing.

Batman Arkham Knight appeared on the screen next. The trailer for this game looks insane.  I’m ready to walk to Rocksteady and hand them $60 right now. Also, there will be exclusive Scarecrow nightmare missions only on PS4.

And one last punch, right in the solar plexus. The screen went dark again, before fading in with a shot of an unconscious Nathan Drake on a river bank. As he begins to wake up, there is a voiceover of him asking Sully for help. One. Last. Time.  Uncharted 4: A Thief’s End comes out in 2015.

I’m clearing my schedule now. I have some quality time to spend with my Playstation

Everyone Is A: A PLL Podcast Episode 1 “There Is No Art to This War”