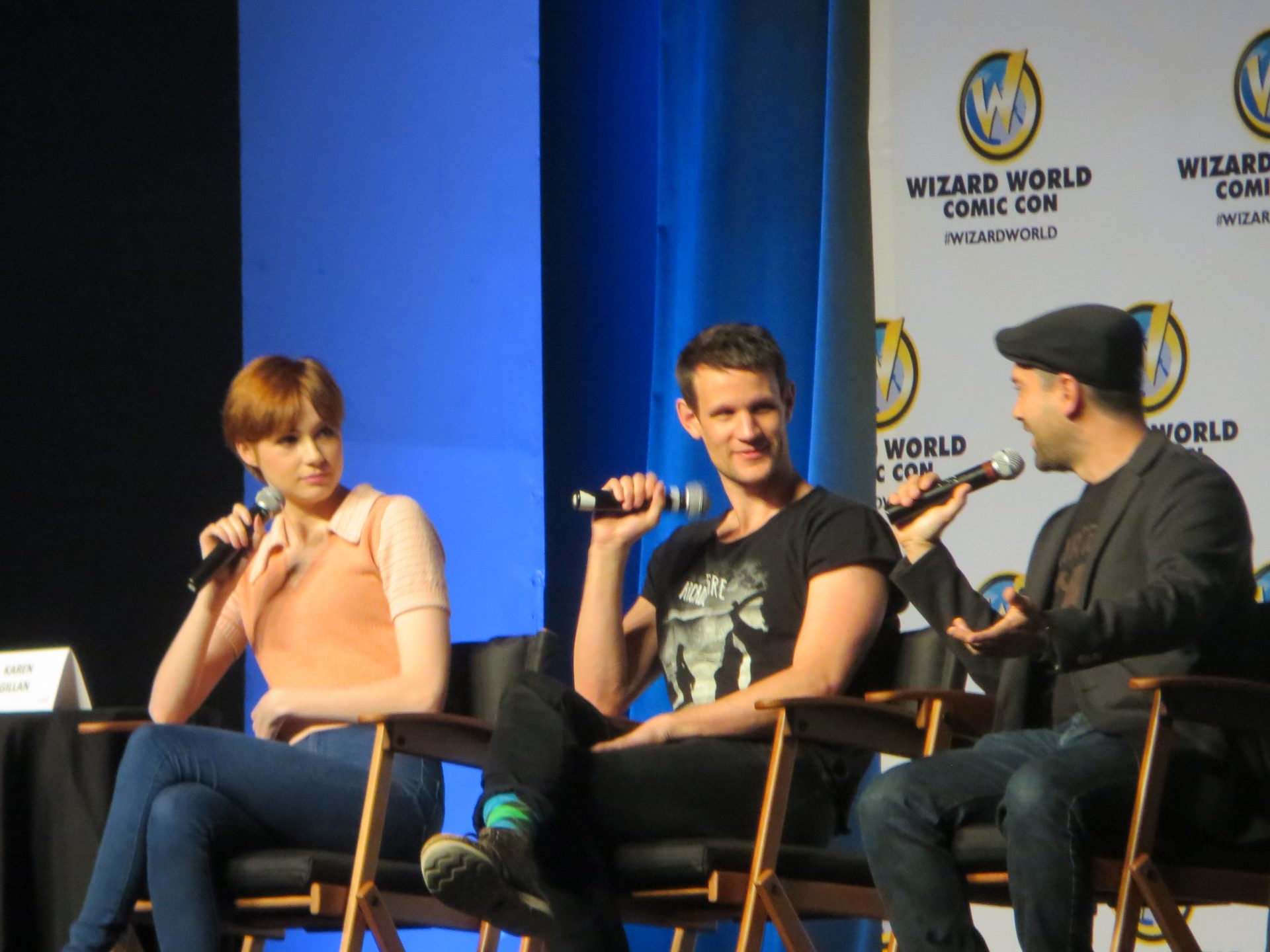 Whovians lined up super early on Saturday, June 21st to guarantee a good seat because even though this was a paid event, the tickets did not have assigned seating. I managed to get a decent seat and had a blast listening to 11th Doctor Matt Smith and companion Karen Gillan(Amy) reminiscence and respond to fan questions, especially since I missed his last Doctor Who panel at San Diego Comic Con last year. 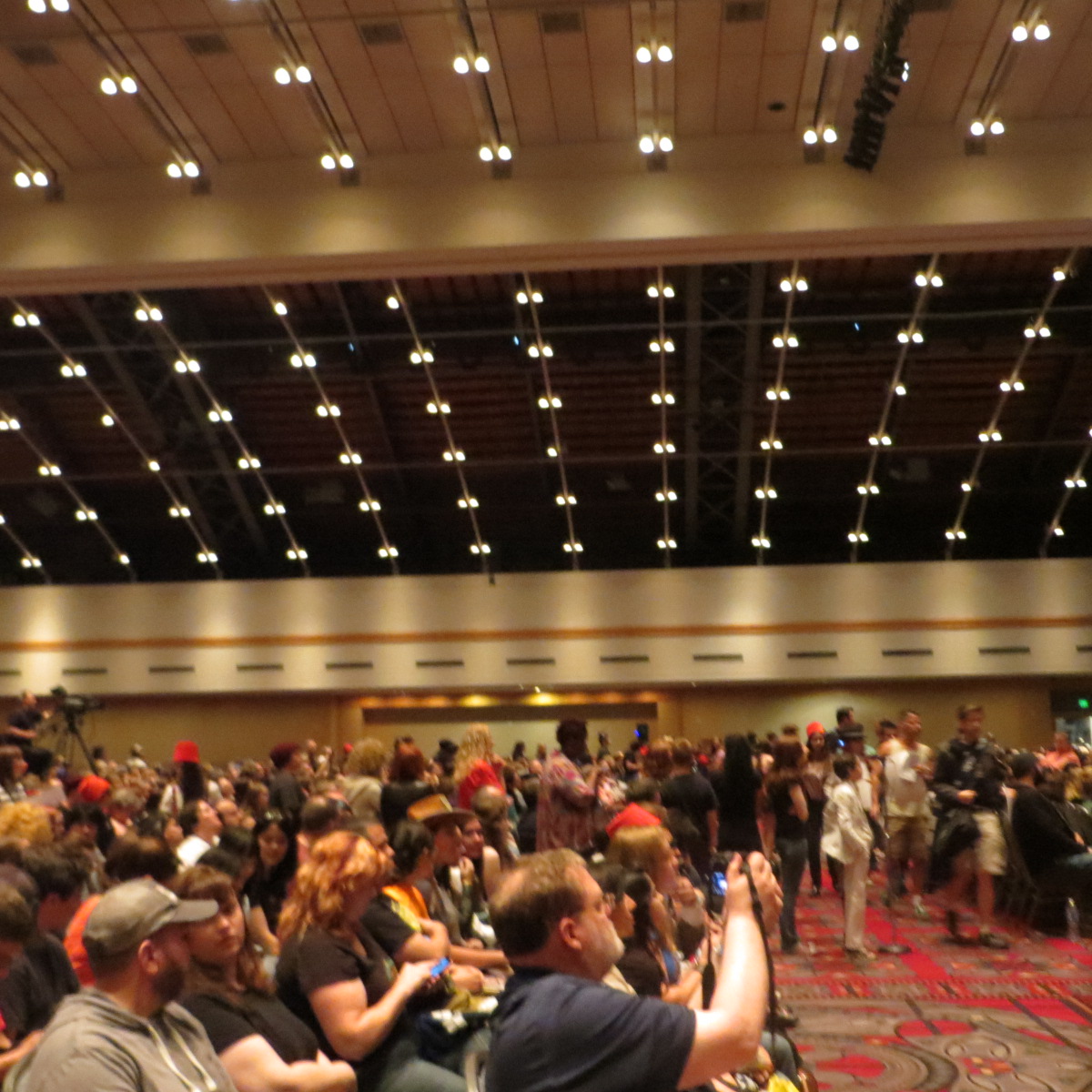 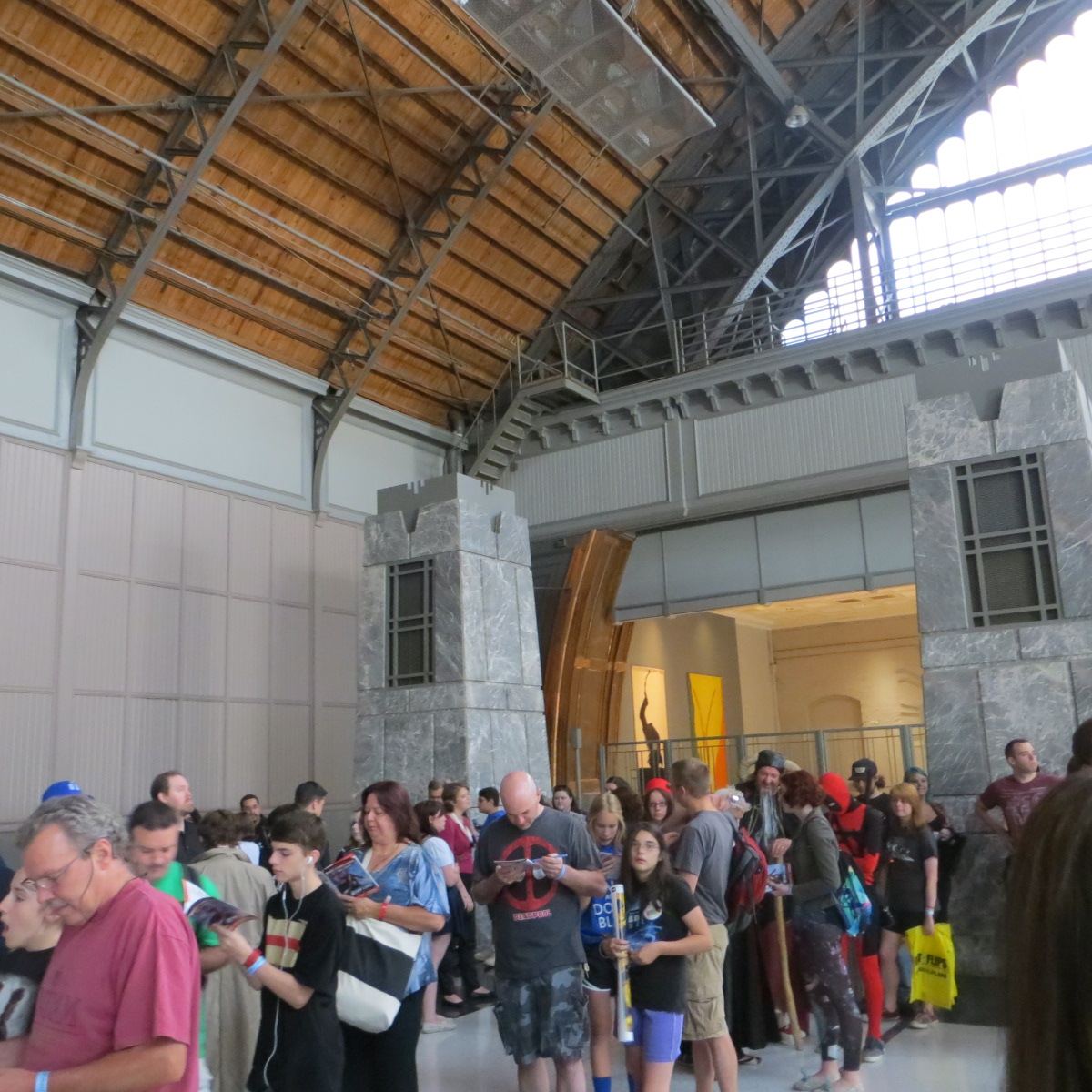 Before the panel moderator Aaron Sagers announced a contest where a random winner was selected when using social media to talk about the panel using the hashtag #wwphillycc and #whopanel.  The winner received a signed name tag Wizard World provided Smith and Gillan for the panel.

The panel started on a heartfelt note as one of the people that asked a question was a little boy who Smith met last year as a wish with the “Make a Wish” Foundation. Smith remembered him and was glad to see him again.  One interesting question was if Gillian was the Doctor and Smith the companion what would happen.  Gillan responds that the world would be doomed and proceeds to ask Smith a series of questions like Smith was auditioning for the role of companion! 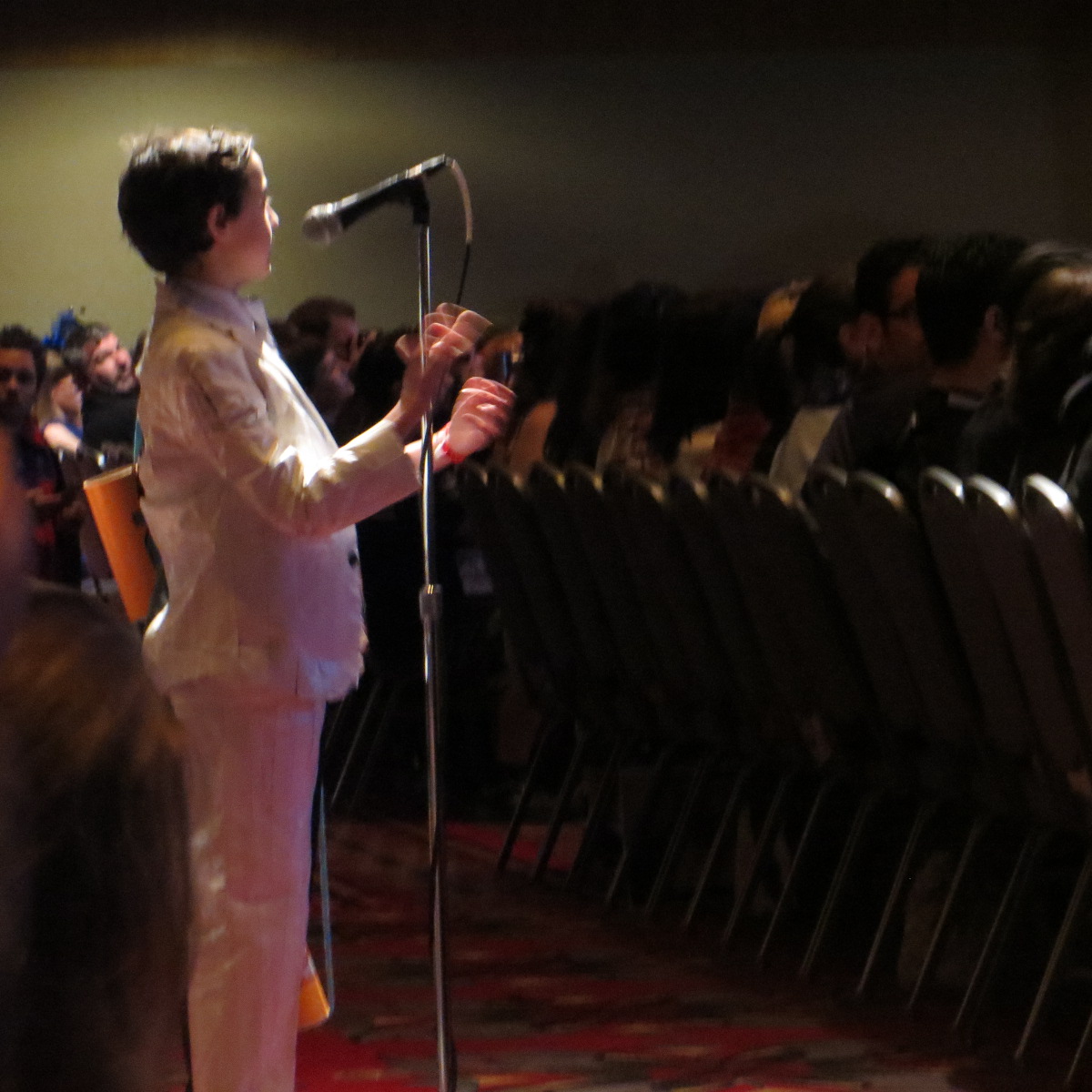 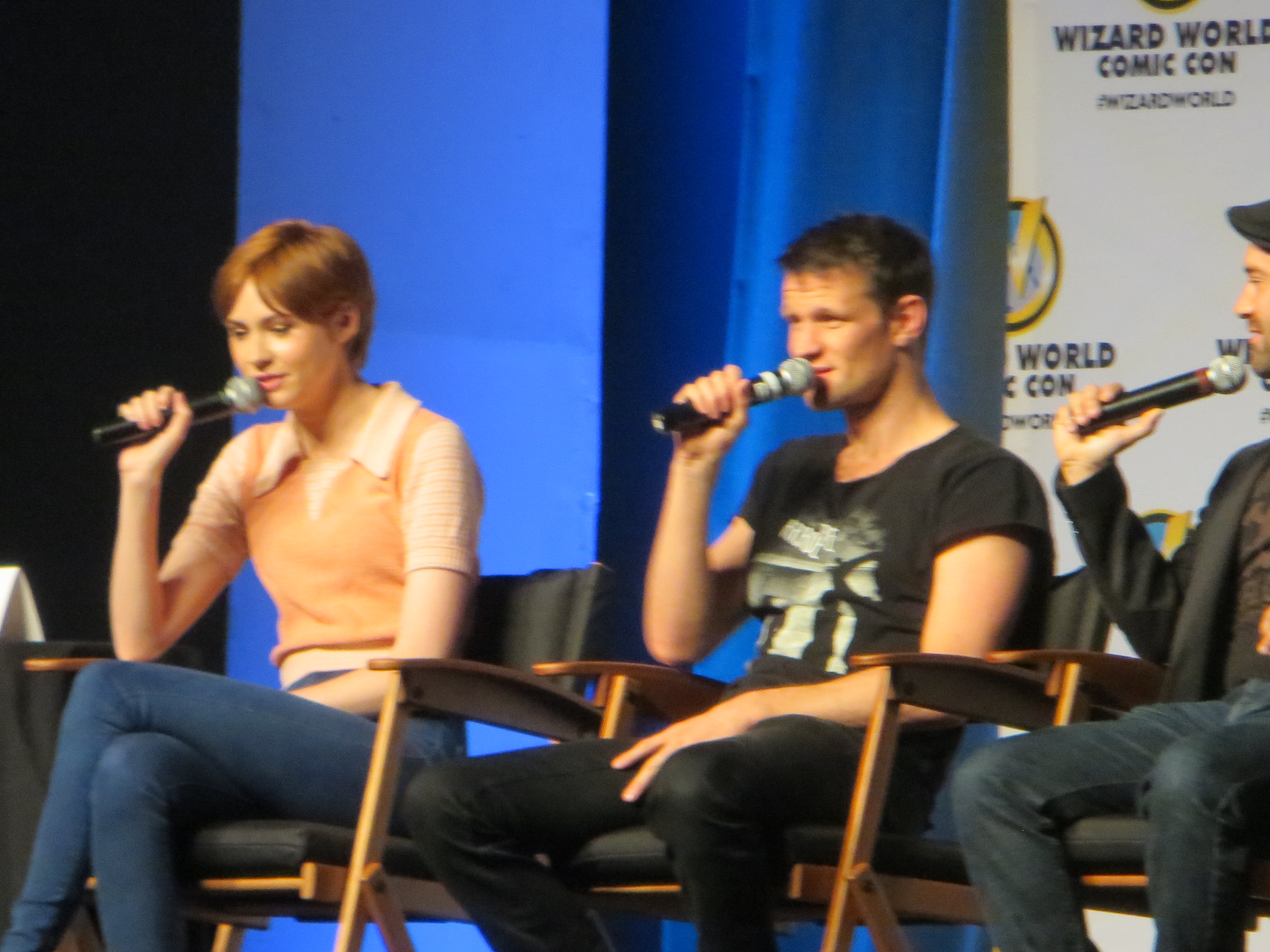 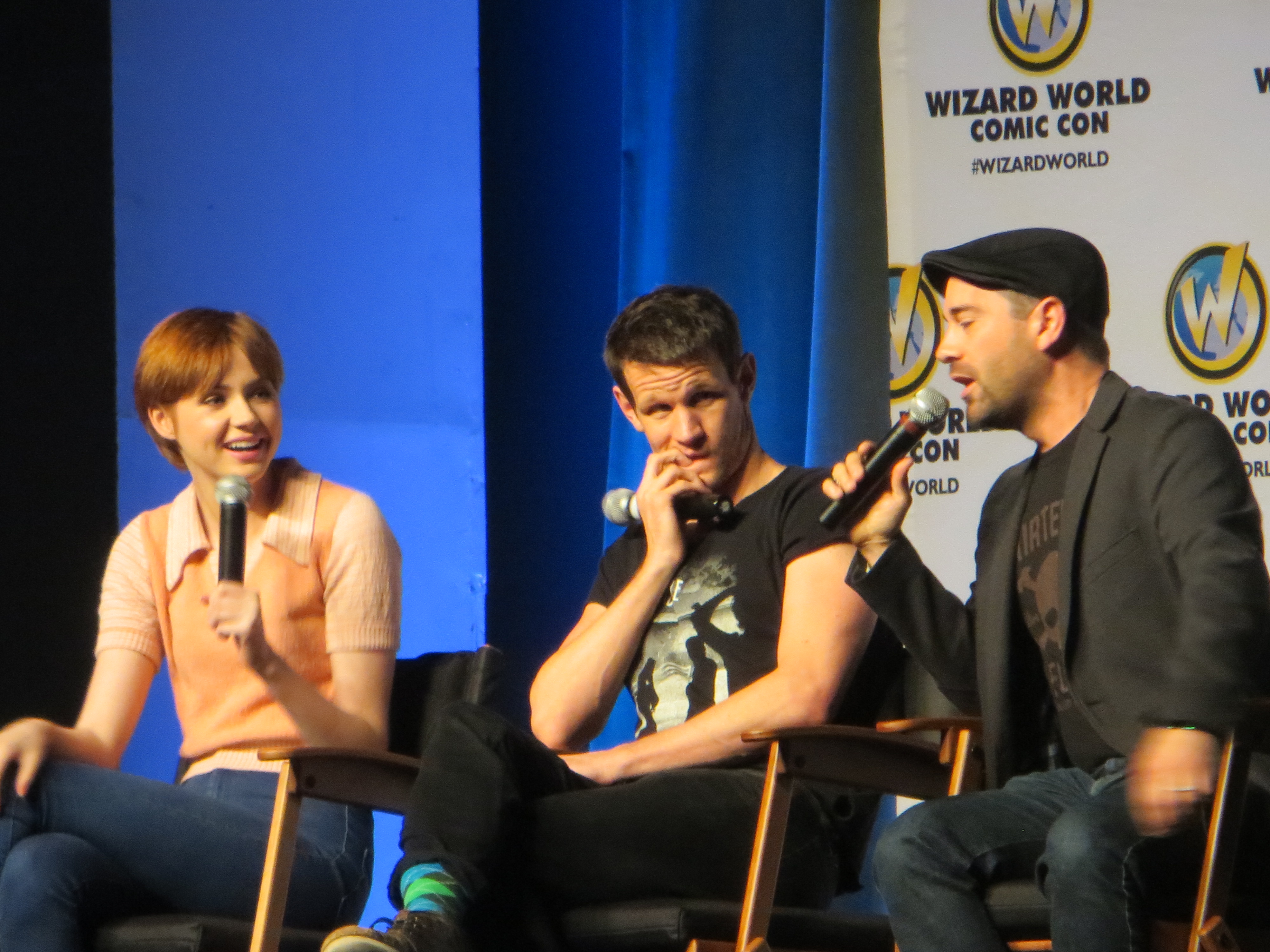 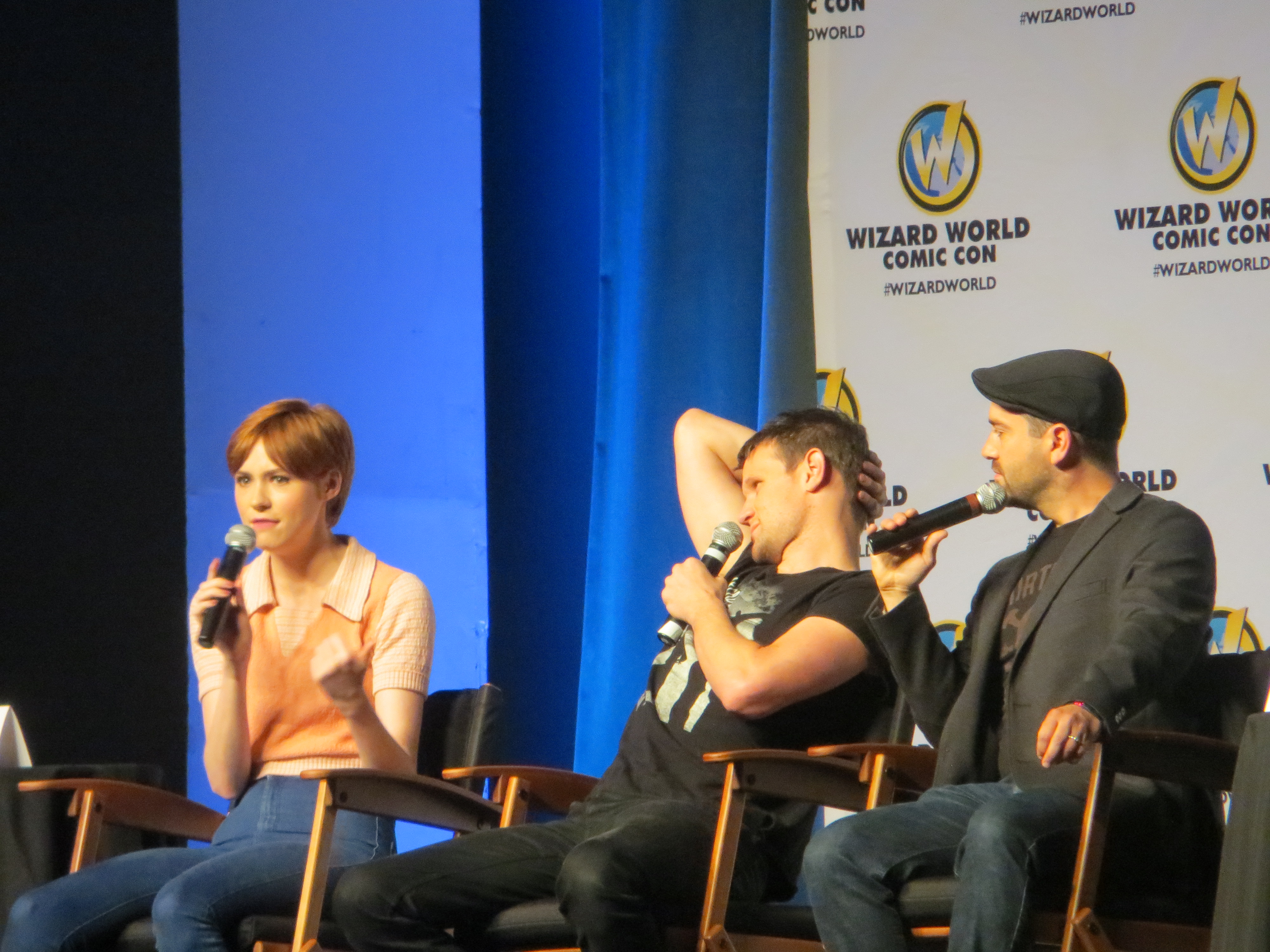 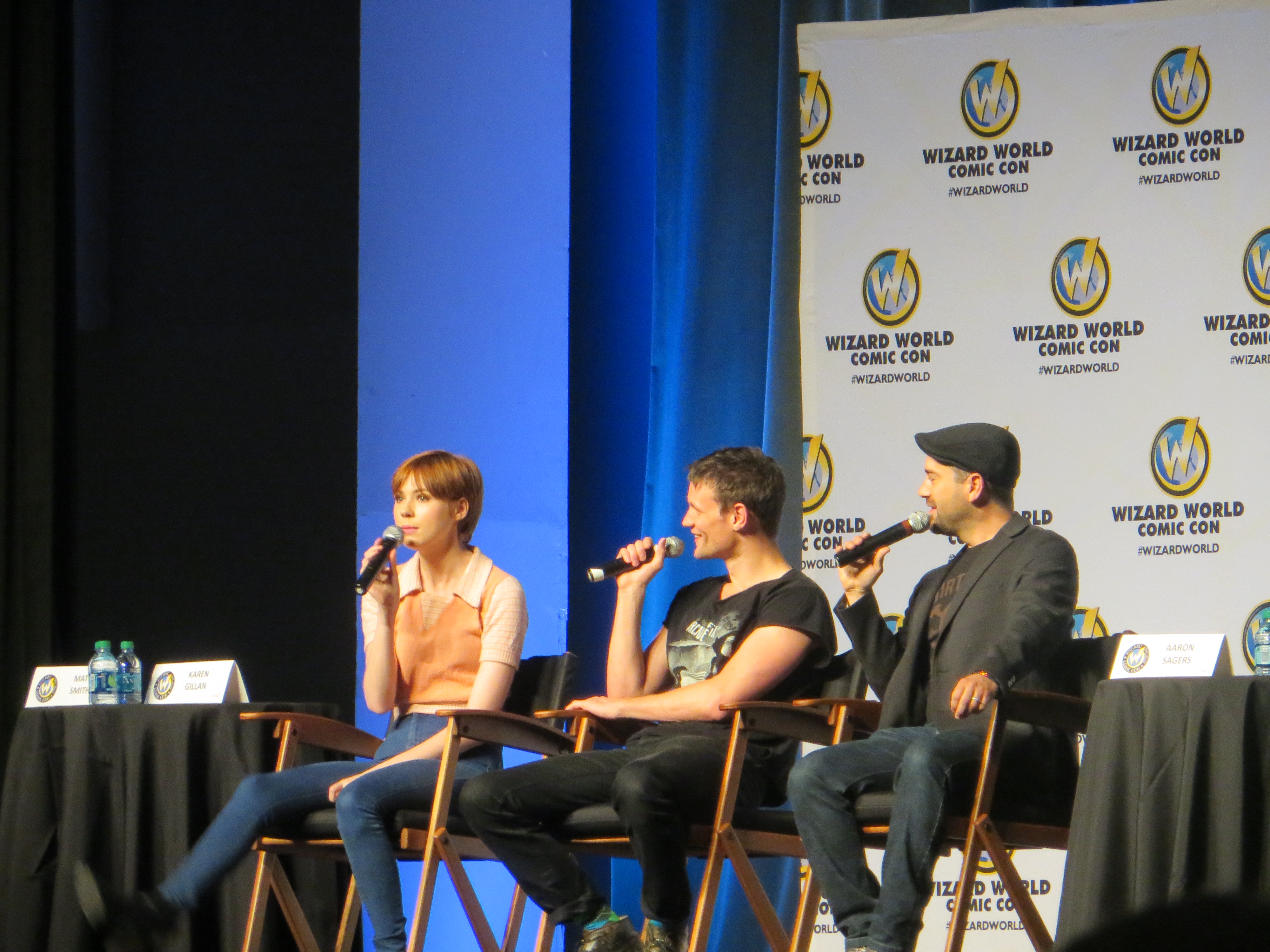 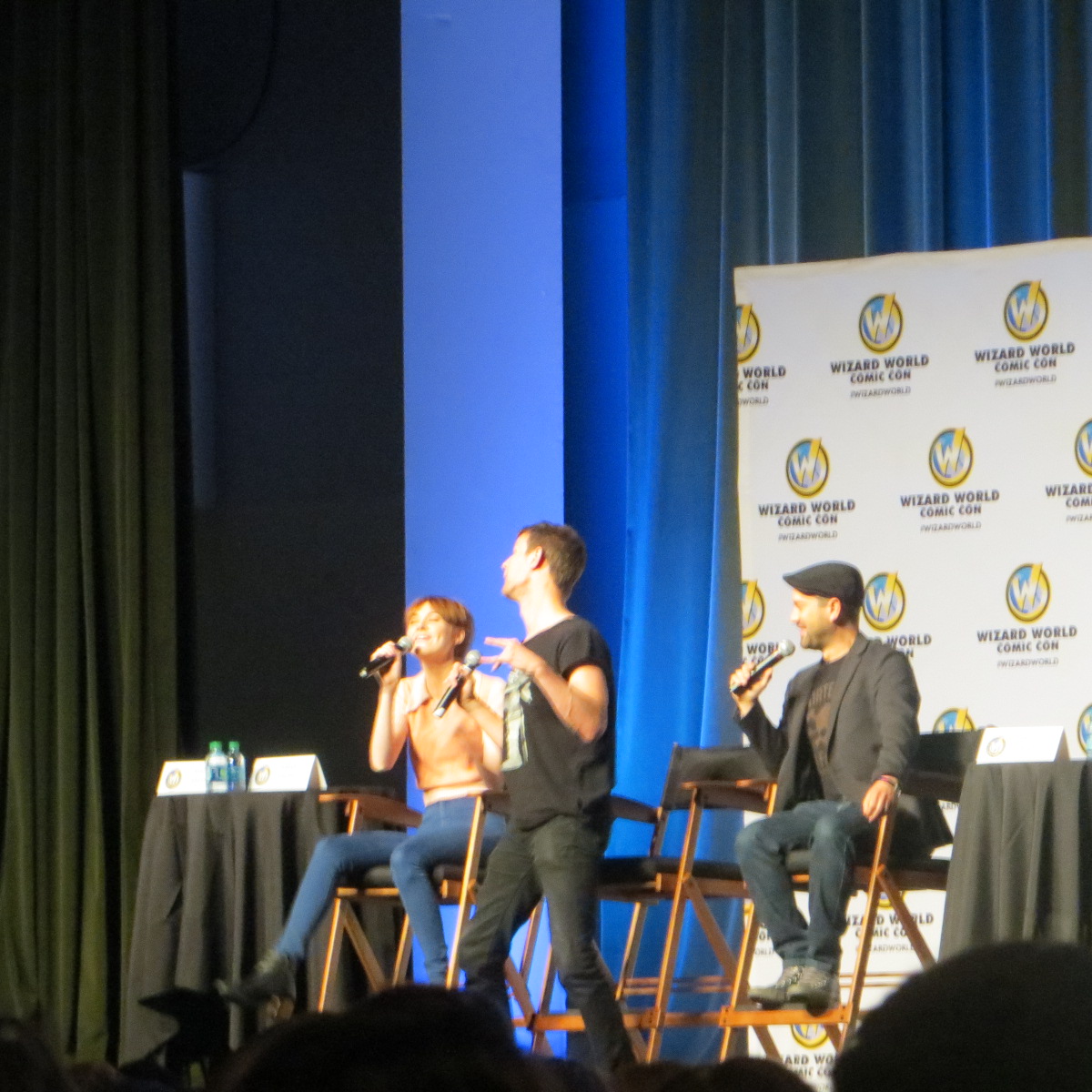 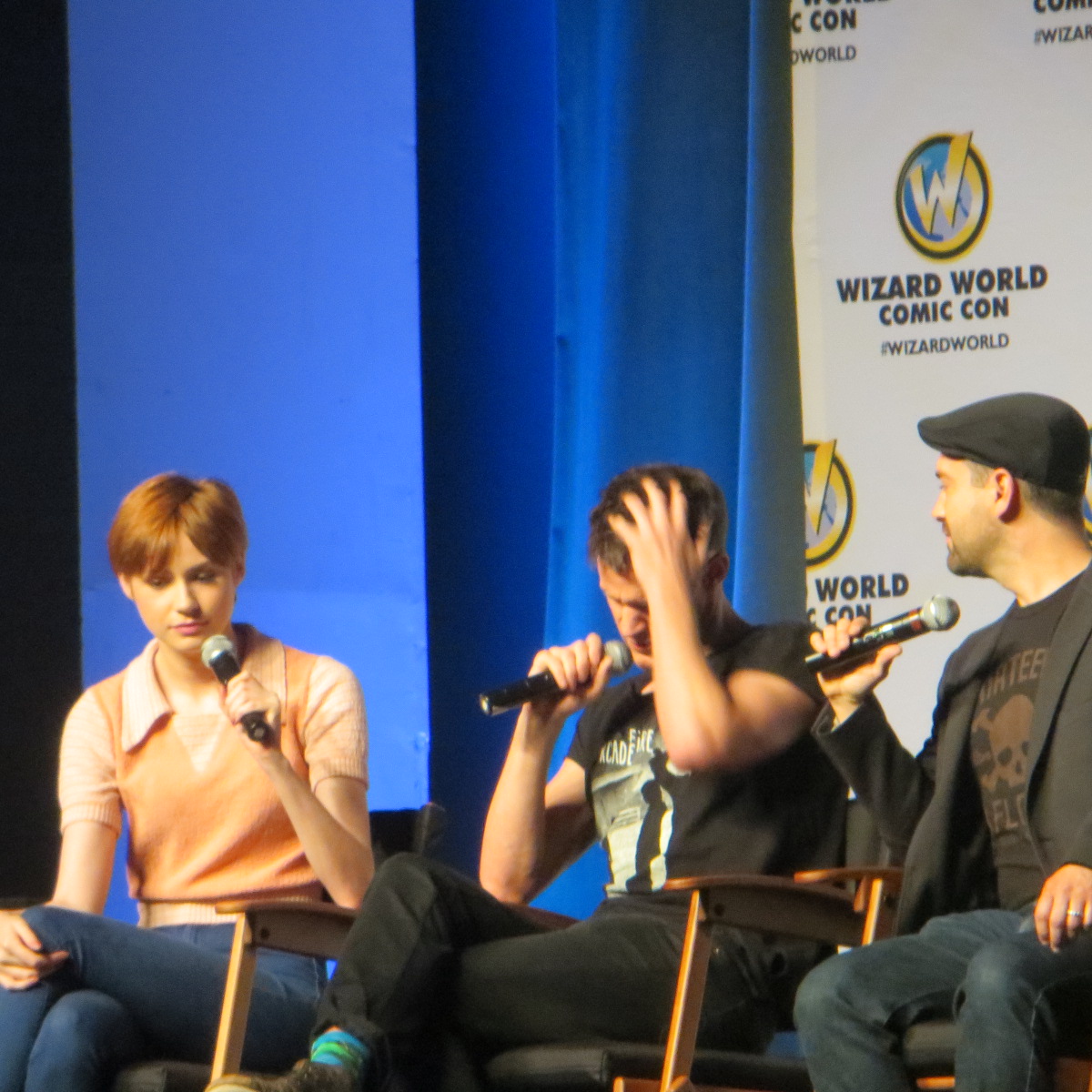 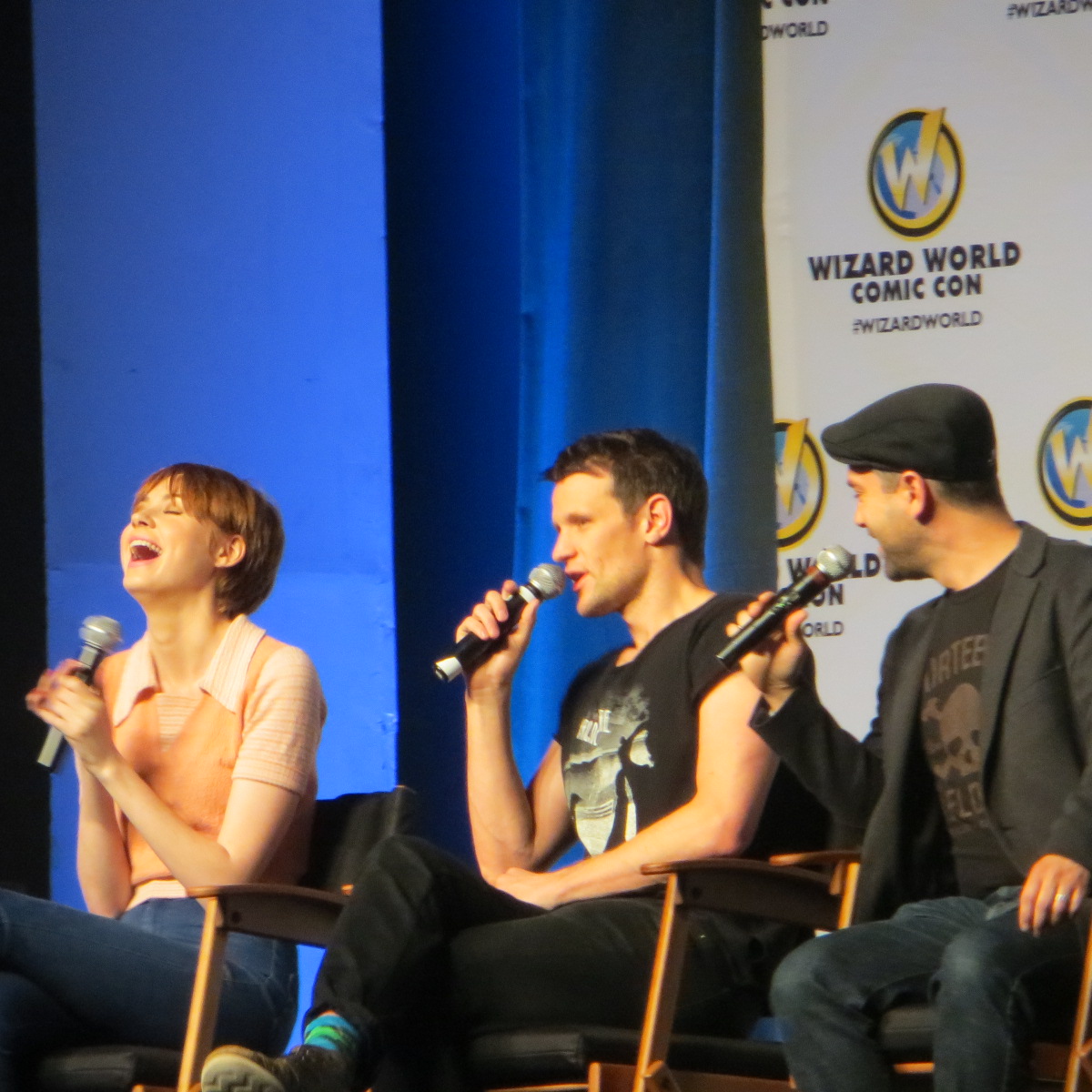 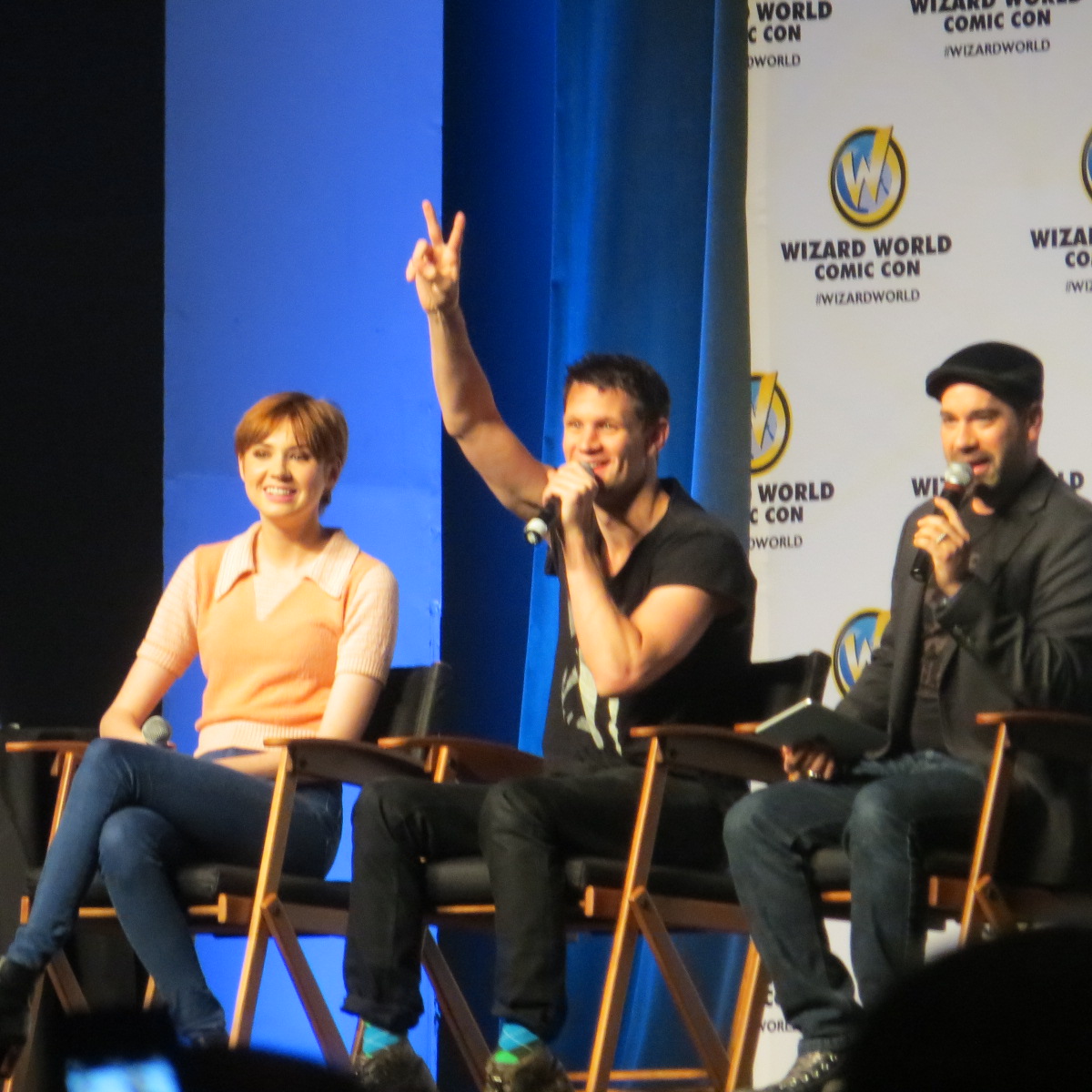 Another favorite question was a kid that asked what their favorite show in the 90s and trumped both Karen and Matt’s answer with X-Files as his favorite show.  Smith joked the kid was too young to remember the show.

Come watch as Smith and Gillan do an elephant dance, argue over episodes name and numbers, comparing bald stories, Smith gleaming over his socks and find out which guest they both geeked out about who was also appearing at the convention.  Apparently this person was also a fan of the show!  Find out all this and more during this  hour and a half of whovian goodness. *Starts singing the theme music* Ooooueeeeuuuuuuu!

Movie Classics with Llana Episode 2 -The 36th Chamber of Shaolin