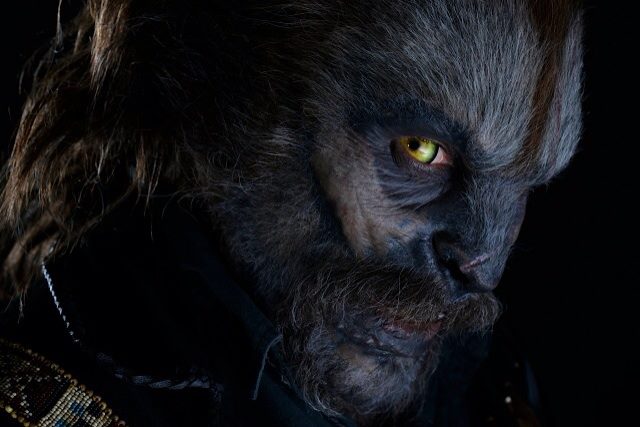 Wednesday night had a chance to go to the advanced screening of David Hayter’s directorial debut werewolf movie Wolves. I have actually been following the movie for sometime being the werewolf fan that I am, but on to the review. Here is a plot outline of the movie:

Popular high school student Cayden Richards (Lucas Till) wakes from a horrific nightmare, only to realize that he’s living it… He is changing into something vicious, unpredictable and wild.
Forced to hit the road after the brutal murder of his parents, Cayden tries to hunt down the truth of what he is. In the remote mountain town of Lupine Ridge, he discovers others like him, including the beautiful Angelina (Merritt Patterson), a young woman caught between two ancient clans one lead by Conner (Jason Momoa). When he finally discovers the shocking truth behind his ancestry, Cayden realizes there is only one way to save the woman he loves: a grisly fight to the death, against forces more savage than he could have ever imagined.

I really enjoyed the movie overall and there are a lot of things I liked about it. I thought the story was very well done and I think it moved in a great pace. It was never to fast or too slow. There is a bit of humor in the movie to keep it from being too dark and I will say a lot of the jokes were pretty funny. The action and fight scenes were done really well. You can tell Hayter really worked hard on those when you see the movie, you will see what people will be talking about.

Now the werewolf make-up done for the movie is what really blew me away. The werewolf make-up for the movie was done by Dave and Lou Elesy and their amazing team of other make-up and concept artists including Christopher Dombos, Casey Love, Michael Broom, Danny Wagner and other amazing people who put really hard work into making these werewolves some of the best I have seen in a long time. Their hair work is some of the best I have ever seen.  I really like the flow of the fur markings, it almost looks tribe-like. Everything about the make-up flowed very well and one of the best part about them is the werewolves do TALK! You can see all the emotional expression from the actor through the make-up and they held up well during the action scenes as well. Even the other non-hero werewolves looked really cool.

Lucas Till as Cayden Richards 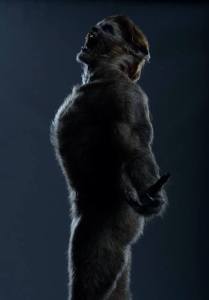 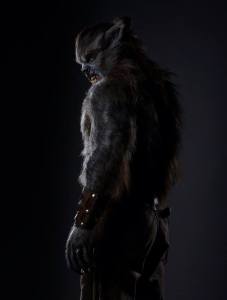 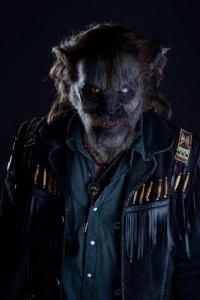 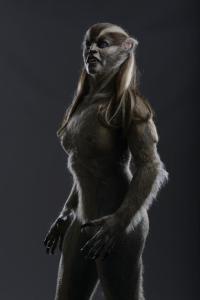 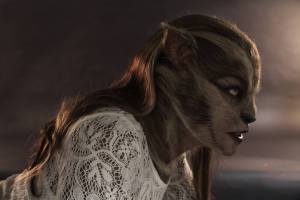 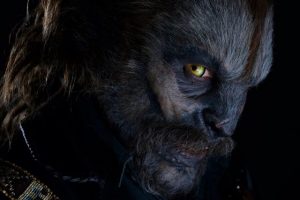 After the screening of the movie there was an hour long Q and A with Hayter where he talked a little bit about his career in the film industry and what it took to make this film over the course of the 7 years from when he started on the project. 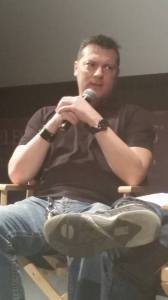 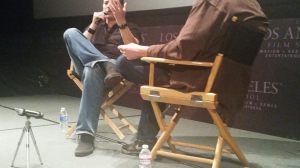