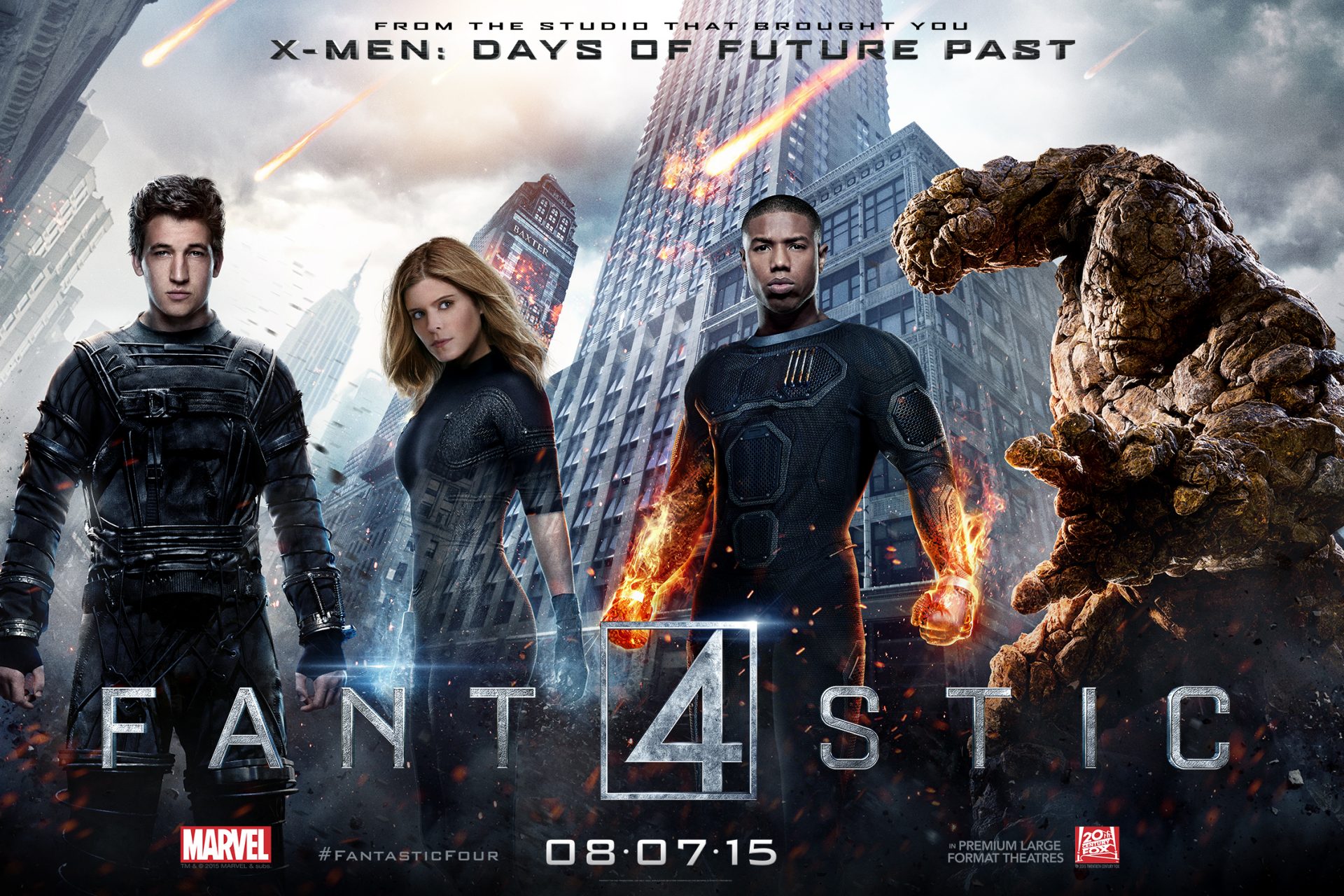 Fantastic Four is the reboot that few asked for but regardless, Fox decided now is the time to relaunch the series.

Writer/Director Josh Trank has gone from the small budget super powered Chronicle to this, it feels like he’s not sure how to upscale his work. Working alongside Simon Kinberg, whose credits include the recent X-Men movies, doesn’t seem to have added much to the screenplay.

The writers were clearly torn between making a film for kids or a more adult film. Childish humour is spread throughout the movie alongside some surprisingly dark moments. This indecision has not helped Fantastic Four.

I was impressed with the casting of the Fantastic Four; if you’re going to do a young Fantastic Four then you can’t do much better. Sadly however, they are given very little to do with hardly any personality on show from any of the lead characters.

Given that not much happens over the course of the film, there was definitely room to see more of the characters (and less welding). At the end of the film, I didn’t find myself drawn to any of the leads. Compare that, perhaps unfairly, to Avengers Assemble and most people would be able to pick a favourite.

Jamie Bell is pretty much absent as Ben Grimm and it doesn’t get a whole lot better once he is transformed into the Thing. He may be an iconic character in the Marvel universe but the writers clearly didn’t know what to do with him, except lose the shorts and take away his genitals (interesting).

Michael B Jordan is the perfect choice to play Johnny Storm, however despite an early glimpse of overconfidence, he soon becomes just another guy in the lab. It is such a waste of a very talented actor.

Reed Richards is given the most development out of the four, perhaps not surprisingly, with Miles Teller having the right amount of quirkiness to play him. The audience is given a feel for who he is but it just doesn’t go far enough. Miles Teller and Kate Mara have good chemistry, a bit of effort is put into that budding relationship at least. No matter how much money they put into a film, Reed’s elastic limbs will always look ridiculous. I was more interested in Kate Mara’s changing hair colour than a lot of what was happening; Sue Storm’s powers also don’t look that great on the big screen.

Toby Kebbell spends most of the film brooding but he makes the most of what is not a well written character. Not a lot is shown of Dr. Doom in the trailers and after seeing the full length shot of him, I am not surprised they decided to hold it back. It certainly leaves an impression, but not a good one.

The special effects at times make it look more like a TV movie than a summer blockbuster. There is one good action sequence but one is not enough for a film of this magnitude. The final battle is underwhelming to say the least.

Fantastic Four is not good enough across the board. I love the central cast and they give this franchise potential but it needs a good script to drive it. Perhaps the already announced sequel will be better now that the origins of the characters have been established. There is a lot of work to be done but it’s not a total write off.

Episode 30: “The Real Housewives of Rosewood”