Chicago IL (July 6th, 2016) – Ahead of San Diego Comic-Con 2016, Magnetic Press just announced five new graphic novels to round out their full 2016 Fall/Winter publishing lineup. Hot on the heels of Magnetic Press’ unveiling of their new Buño imprint with Ulises Fariñas, this latest round of titles from the rising star independent publisher marks the beginning of their third year as a publisher.

Three-time Eisner Award nominee Tony Sandoval returns with a brand new autobiographical graphic novel, RENDEZ-VOUS IN PHOENIX, which recounts his experience smuggling himself across the US/Mexican border to reunite with his girlfriend and “make it” in the American comic book industry.

Another new title comes from world famous artist Enrique Fernández, who brings his lavishly illustrated psychedelic fantasy story BRIGADA, to the publisher. Set in a vibrant magical world, the story follows an infamous Dwarven brigade on their journey to find their way home after being transported to a strange and alien land by a magical myst that acts as an unpredictable gateway between worlds. 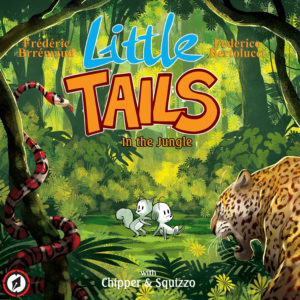 In each volume of LITTLE TALES, a precocious puppy and an adventure-seeking squirrel named Chipper & Squizzo, set out on a journey to explore new and interesting environments full of fascinating animals curious creatures.

The first volume in the series is LITTLE TAILS: IN THE FOREST, which finds Chip & Squizzo venturing into a lush forest to visit Squizzo’s family. On their journey, the two animal pals discover and discuss a fantastic variety of bugs, birds, bears, & more! 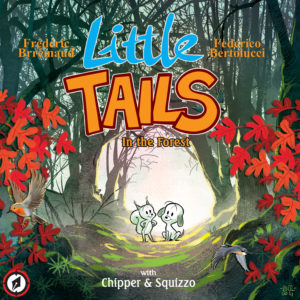 The second story in the LITTLE TALES series of young readers graphic novels by Bertolucci & Brrémaud, LITTLE TAILS: IN THE JUNGLE follows Chipper & Squizzo as they journey through different jungles around the world, where they’ll find all kinds of things that hunt, bite, and roar! 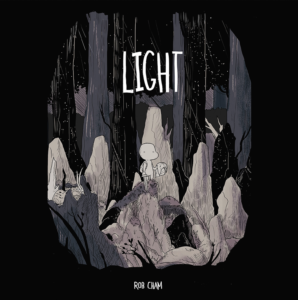 The first title to be released by Ulises Fariñas’ new Magnetic Press imprint Buño is LIGHT, an original graphic novel written & illustrated by Rob Cham. Light is a silent graphic novel that follows a pair of adventurers from a black & white world as they embark on an epic quest to collect five magic gems of color from deep inside the earth and bring them to the surface to return color to the world. Their perilous journey through torch-lit darknesses takes them to vibrant secret caverns, endless passages, crystal-clear waters, and encounters with strange beasts, dangerous creatures, and mysterious hermits.

LIGHT will be in stores September, 2016. 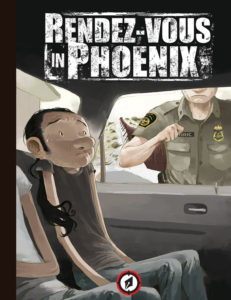 An autobiographical account by the three-time Eisner-nominated writer/artist Tony Sandoval (Doomboy, A Glance Backward), RENDEZ-VOUS IN PHOENIX recounts his nerve wracking experience smuggling himself across the US-Mexico border as a young man.

Born and raised in Northwestern Mexico, Tony was desperate to come to America in order to be reunited with his American girlfriend, and try to “make it” in the American comic book industry. When multiple lengthy and unfruitful attempts to acquire a Visa began to threaten both his relationship and his artistic career, Tony decided to smuggle himself across the border. Wrought with desperation and longing, Tony embarks faces the heat, dangerous coyotes, barbed wire, and – most daunting – the US border patrol, all in the name of love.

Includes a foreword by Frederick Luis Aldama Distinguished Professor of Arts & Humanities at Ohio State University, and author of Graphic Borders: Latino Comic Books Past, Present, and Future, and the Encyclopedia of World Comics: Manga, Anime, Tintin, and More from Around the Globe.

RENDEZ-VOUS IN PHOENIX will be in stores October, 2016. 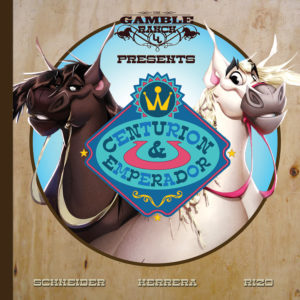 At the Gamble Ranch, all of the animals have a special talent. All of them for Centurion and Emperor, two baby horses delivered by a couple of confused storks lost in a storm. When the ranch owners decide they’ll grow up to be race horses, Centurion and Emperor do their best to be the best. But what they prove to be best at is quite different from racing…

CENTURION & EMPERADOR will be in stores October, 2016. 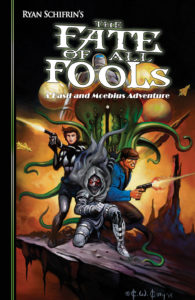 In THE FATE OF FOOLS the daring duo of scoundrel thieves follow the mysterious and otherworldly Collector to the wildest corners of both time and space in an attempt to stop an age-old alien plot to destroy the fabric of reality! All of their previous encounters and adventures have been leading to this climactic battle!

ADVENTURES BASIL & MOEBIUS VOL. 4: THE FATE OF FOOLS will be in stores October, 2016. 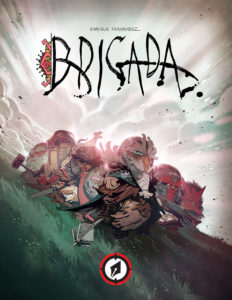 From world famous master-illustrator Enrique Fernández comes BRIGADA, a spectacularly gorgeous and psychedelic series of fantasy graphic novels. Set in a vibrant magical world where a strange and dangerous mist has settled over the land. Anyone who wanders into the myst are transported to different and faraway lands, with no rhyme or reason.

BRIGADA tells the story of Ivro, Dwarven Captain of a legendary brigade of cold-hearted, cut-throat Dwarven convicts who answer only to him. On the eave of a great battle, Ivro and his brigade are overtaken by the myst, which separates them into small groups, and throws them all into different, strange and alien lands. Now, Ivro and the remaining members of his brigade must wage a new and different war, for their own survival. But where did this mist come from, and what terrible secret lies at its heart? Will Ivro be able to reunite his brigade and lead them to safety while this strange land grows ever stranger…

BRIGADA will be in stores November, 2016. 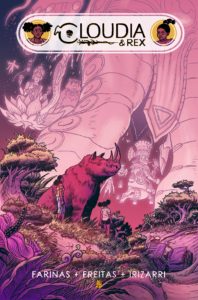 The second Buño title will be CLOUDIA & REX, written by Ulises Fariñas & Eric Freitas and illustrated by Daniel Irizarri. CLOUDIA & REX is a lushly rendered supernatural fantasy that follows two girls and their mother who find themselves in the middle of a vast, supernatural exodus. On their journey Cloudia is bestowed the powers of hundreds of different gods, but even those don’t help her come to terms with the death of her father.

To find out more about Magnetic Press check out their website at www.magnetic-press.com or on their social media channels below:

Amazon’s plans for San Diego Comic-Con 2016 include panels and more….