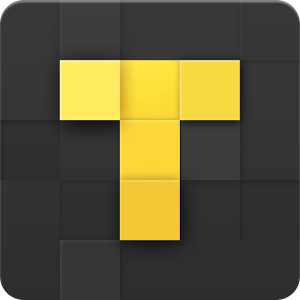 Hello TV Fans out there! Are you a TV superfan? How would you like to discover and track your favorite shows, interact directly with your favorite TV stars? On TV Time, fans can comment on their favorite shows, create 15-second video reactions to episodes, create memes and GIFs, add unique stickers, apply photo filters and share them across their social channels. The official press release is below! Are you going to download it straight away? Let us know in the comments, and who knows you might just see us lurking!

ACQUIRES THE NO. 1 TV COMMUNITY & TRACKING APP IN THE WORLD

LOS ANGELES, Calif.  May 18, 2017 – Whipclip announces the relaunch of the company as TV Time with the recent acquisition of the TVShow Time app and a shared focus on becoming the world’s largest platform for TV show fans. Today, users check into the app more than 33 million times per month to track and react to their favorite TV shows.

Since Whipclip launched in 2014, there have been dramatic shifts in the TV industry, including a significant investment ($30 billion in just the last year) in original TV programming and a transition in television viewing habits to more time-shifted, non-linear watching. People are enjoying the best TV programming they’ve seen in their lifetimes — when, where and how they want. In addition, the number of scripted shows on broadcast, cable and digital platforms have increased by 71 percent in the last five years.

“We were seeing original TV budgets explode with quality shows popping up everywhere and we reacted to the growing needs our users felt. They were overwhelmed and confused about what, when and where to watch TV,” said TV Time co-founder and CEO Richard Rosenblatt. “What we love about the TV Time app (formerly TVShow Time) is over the last four-plus years, we’ve seen it grow organically and help millions of TV fans extend their viewing experience beyond just watching the show.”

“As of today, our community has tracked more than five billion episodes of TV in the app,” said Antonio Pinto. Pinto, along with partners Talal Mazroui and Frederic Ye, developed the TVShow Time app in their home city of Paris, France. Pinto adds, “We couldn’t be more excited to join Rich and the team and build on our utility with more features around social, TV talent and original content.”

TV Time provides fans with a platform to extend their TV viewing experience and continue the conversation with other like-minded fans long after the closing credits. Their core, global audience of 17 to 34-year-old TV show superfans use the app to discover and track their favorite shows and connect with others in a “spoiler-free” community. More than 300,000 fan-generated memes, GIFs and comments are created every month, and you only see reactions from others up until the episodes you’ve watched.

The app recently added the ability to create up to 15-second videos as another way for fans to react to shows they’ve just watched. Users can now create video reactions, add stickers, apply Instagram-like filters and share them across their social channels (e.g. Instagram, Facebook, Twitter, etc.).

To celebrate the relaunch, TV TIME has partnered with TV talent such as Alexander Ludwig (“Vikings”) and Lori Petty (“Orange Is The New Black”) to create exclusive content for users and engage directly with fans across the app. TV Time extends its community beyond the app through its website and large Facebook, Instagram and Snapchat communities across top shows such as “Game of Thrones,” “Orange Is The New Black,” “Once Upon a Time,” “The Walking Dead” and others. The company has also developed regular fan programming and original content in the form of podcasts, articles and videos to keep the conversations going long after the episode has ended.

“We’re truly excited about the future,” said Rosenblatt. “I’ve learned over my career that the best communities are built organically over years. They come out of a passion to solve real-life problems. In this case, there’s too much amazing TV across so many platforms, and it’s difficult for today’s TV fan to keep up with it all. But we’ve got proven tools that address that, and we’re also growing our community through social, content and TV talent relationships.”

TV Time’s investors and advisors are some of the most noteworthy in the entertainment industry, including Ari Emanuel, Peter Guber, Scooter Braun, The Raine Group, IVP and others. The company has offices in Santa Monica, Calif., and Paris, France.

TV Time is available for free on the App Store and the Playstore.

TV Time is a digital media company created to amplify and extend the TV fan experience before and after watching an episode. The TV Time app is the No. 1 TV community and tracking app in the world. The app allows enthusiasts to track shows across global TV networks and providers, as well as react with other fans empowering them to go deeper into the TV worlds that they love the most. TV Time is building a one-of-a-kind platform that solves the global problem of TOO much good TV.

DISNEY+ DEBUTS TRAILER FOR DISNEY ORIGINAL DOCUMENTARY’S ‘MICKEY: THE STORY OF A MOUSE’