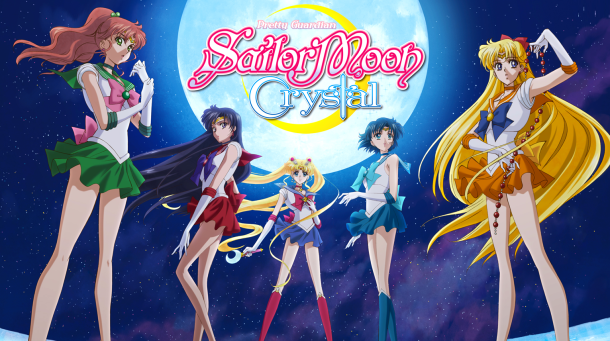 Anime Expo is the largest dedicated anime/manga fan convention in North America and takes place July 1st–4th at the Los Angeles Convention Center in Los Angeles, CA. Tickets and full details are available at: Anime-Expo.org. VIZ Media will be located on the main convention floor in Booth #2206.

Join the casts of some of VIZ Media’s most popular anime series as they participate in panel discussions and autograph sessions throughout the convention.

Catch key cast members from JOJO’S BIZARRE ADVENTURE. Scheduled to appear will be:

In addition, a special JOJO’S BIZARRE ADVENTURE voice cast signing will take place at the VIZ Media booth #2206 on Sunday July 2nd at 5PM – a limited number of tickets will be distributed on Sunday at 10am. Stop by the booth’s front desk for full details.

Sailor Moon Day is Monday July 3rd and will be packed with even more glitter! Join many members from the staff and cast of SAILOR MOON and SAILOR MOON CRYSTAL for a festive time filled with news, updates and more from everyone’s favorite Guardians of Love and Justice.

Catch the cast of SAILOR MOON at the panel. Scheduled to appear will be:

Catch the voice cast after the panel for a special signing session! For more information, please visit: Anime-Expo.org/how-to-get-an-autograph.

Meet the next generation of great ninja with English voice cast of the hit film, BORUTO: NARUTO THE MOVIE! We’ll be talking about the movie, manga and the all-new TV series streaming each week on VIZ.com!

Catch the cast of BORUTO at the panel. Scheduled to appear will be:

For additional information on these and other anime and manga titles distributed and published by VIZ Media, please visit VIZ.com.