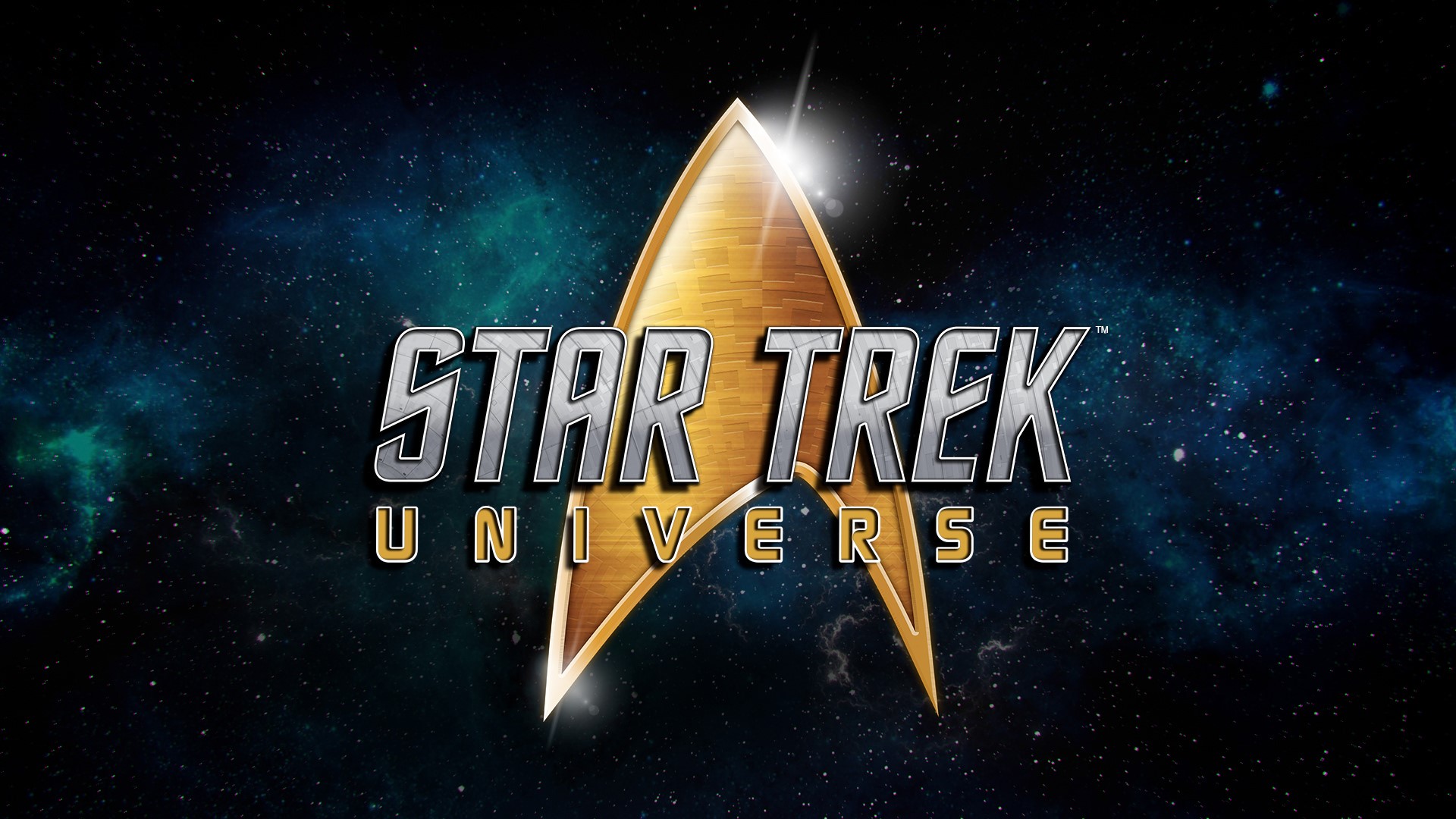 The Star Trek universe is beaming its way into San Diego Comic-Con with a number of panels and exhibits for Trekkies to enjoy. Check out the official press release below. Will you be attending? Let us know in the comments!

for the First-Ever “Star Trek” Universe

Enter the “Star Trek” Universe Booth for an Immersive

Transporter Experience aboard the U.S.S. Discovery

Over 50 years ago, the world was first introduced to what would quickly become a cultural phenomenon for the ages. “Star Trek” broke barriers then and continues to do so now, inspiring people of all generations and walks of life with its celebration of cultural diversity, scientific exploration and the pursuit of uncharted frontiers. Today, the “Star Trek” universe continues to thrive, exploring all new missions for Starfleet. CBS All Access invites you to join the cast and producers of its hit series STAR TREK: DISCOVERY and be the first to hear about two new upcoming additions to the “Star Trek” universe: the highly anticipated new series STAR TREK: PICARD, starring Sir Patrick Stewart, and the animated series STAR TREK: LOWER DECKS.

CBS All Access is bringing the “Star Trek” universe to the San Diego Comic-Con Exhibit Hall, Thursday, July 18 through Sunday, July 21, where fans are invited to step aboard the U.S.S. Discovery and travel to strange and distant lands through an immersive transporter experience. Fans will also have the opportunity to meet some of their favorite “Star Trek” talent in person with meet-and-greets in the booth (#4237), on Saturday, July 20. Comic-Con badges are required for entry.

In celebration of Patrick Stewart’s return to his iconic STAR TREK: THE NEXT GENERATION role, “Jean-Luc Picard: The First Duty” is a special exhibition showcasing original props, costumes and other artifacts tracing Picard’s life and Starfleet career. Items on display include his cherished Ressikan flute, the legendary Picard family album, his Starfleet uniforms, models of ships Picard captained and all that remains of the “Borg Queen.” The gallery also features exclusive first looks at costumes and other items featured in the upcoming CBS All Access series STAR TREK: PICARD. Visitors will have the first chance to purchase exclusive STAR TREK: PICARD merchandise and opportunities for exclusive giveaways. The gallery is located at Michael J Wolf Fine Arts, 363 Fifth Ave., San Diego, Calif. 92101 and will be open Thursday, Friday and Saturday of Comic-Con from 11:00 AM until 9:00 PM and on Sunday from 11:00 AM until 5:00 PM.

A number of exclusive, limited quantity “Star Trek” pins will be available to fans during Comic-Con. All week long, a Starfleet Headquarters visitors badge will be available for those who visit and complete the “Star Trek” transporter experience at the “Star Trek” universe booth. On Saturday afternoon and Sunday, a limited quantity of pins featuring the debut of two characters from the upcoming CBS All Access animated show STAR TREK: LOWER DECKS will also be available from the booth. At the “Jean-Luc Picard: The First Duty” museum experience at Michael J. Wolf Fine Arts, fans can get an exclusive replica pin of the Picard family crest as seen in STAR TREK: PICARD.

CBS All Access is CBS’ direct-to-consumer digital subscription video on-demand and live streaming service. CBS All Access gives subscribers the ability to watch more than 10,000 episodes on demand – spanning exclusive original series, CBS Television Network’s primetime, daytime and late night shows, plus classic TV hits – as well as the ability to stream local CBS stations live across the U.S. CBS All Access’ original series include THE GOOD FIGHT, THE TWILIGHT ZONE, STRANGE ANGEL, TELL ME A STORY and NO ACTIVITY, as well as the upcoming INTERROGATION, WHY WOMEN KILL and THE STAND. CBS All Access is also the exclusive domestic home to STAR TREK: DISCOVERY and the upcoming STAR TREK: LOWER DECKS and STAR TREK: PICARD featuring Sir Patrick Stewart. CBS All Access also includes the ability to stream CBS Interactive’s other live channels, CBSN for 24/7 news, CBS Sports HQ for sports news and analysis, and ET Live for entertainment coverage.

The service is currently available online at CBS.com, on mobile devices via the CBS app for iOS and Android, and on Roku Players, Apple TV, Chromecast, Android TV, Xbox One, PlayStation 4, Fire TV, Samsung Smart TVs, Vizio Smartcast TVs and Amazon Prime Video Channels. Versions of CBS All Access have now launched internationally in Canada and Australia (10 All Access), with unique but similar content and pricing plans. For more details on CBS All Access, please visit https://www.cbs.com/all-access.

The Studio also produces the Daytime Emmy Award-winning talk show THE TALK, as well as the Emmy Award-nominated late night series THE LATE SHOW with STEPHEN COLBERT and THE LATE LATE SHOW with JAMES CORDEN. For CBS All Access, the Studio produces THE GOOD FIGHT; STRANGE ANGEL; the streaming service’s first comedy series, NO ACTIVITY; WHY WOMEN KILL; INTERROGATION; THE TWILIGHT ZONE; and the highly anticipated adaptation of Stephen King’s bestselling novel, THE STAND. Additionally, as part of the expansion of the “Star Trek” universe, the Studio produces STAR TREK: PICARD featuring Sir Patrick Stewart reprising the role of Captain Jean-Luc Picard, STAR TREK: SHORT TREKS, STAR TREK: LOWER DECKS, which marked CBS All Access’ foray into the animation landscape, as well as the untitled “Star Trek” animated series for Nickelodeon. The Studio’s programming also includes series based on popular, viral segments from THE LATE LATE SHOW with JAMES CORDEN, “Carpool Karaoke” for Apple Music and “Drop the Mic” for TBS, as well as “Dead to Me,” “Insatiable” and “Unbelievable” for Netflix. Additionally, the Studio produces the comedy anthology series “The Guest Book” for TBS; OUR CARTOON PRESIDENT and YOUR HONOR for SHOWTIME; DIARY OF A FEMALE PRESIDENT for Disney+; as well as “A Higher Loyalty,” a miniseries based on former FBI Director James Comey’s memoir.