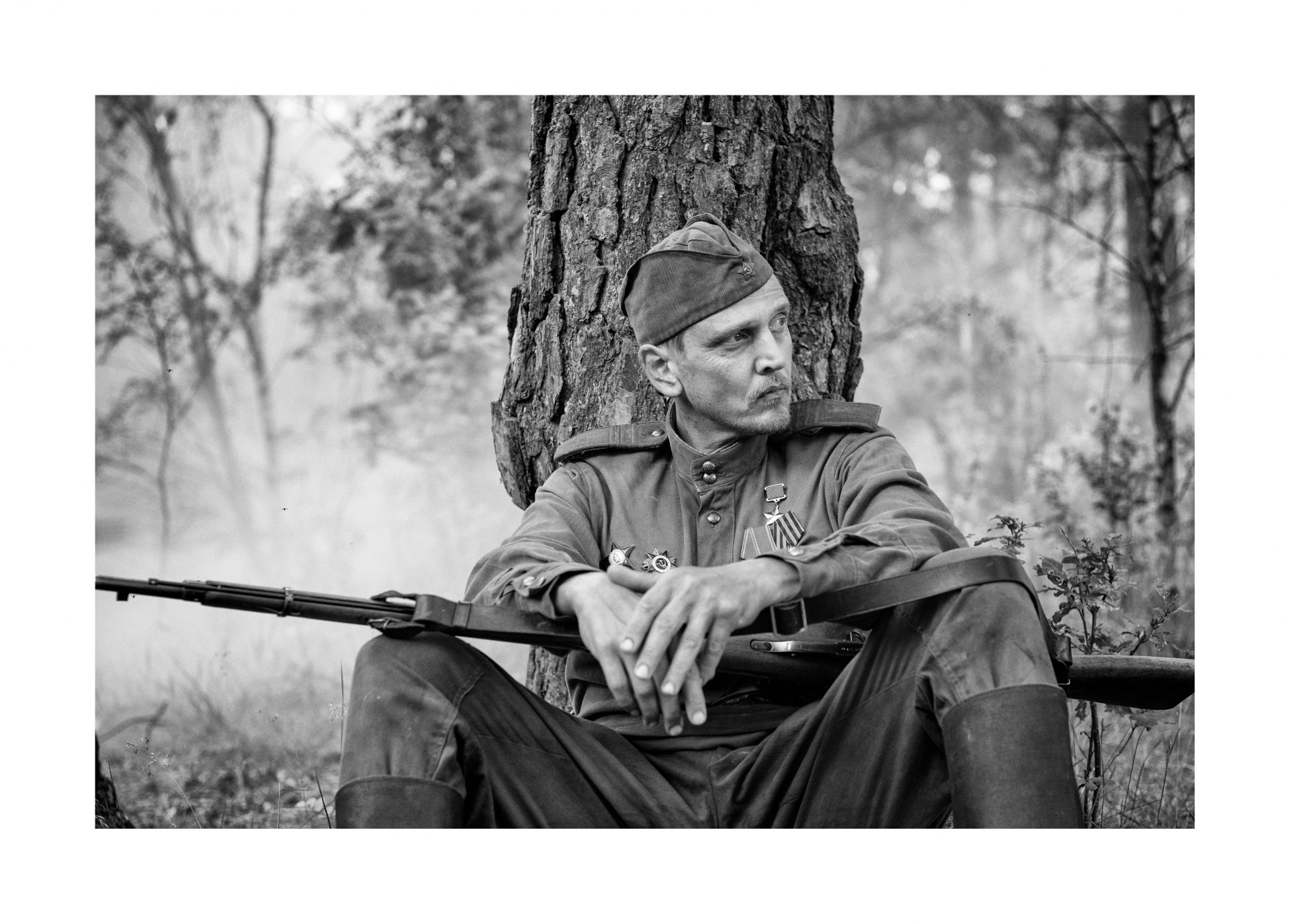 The Painted Bird tells the story of a young Jewish boy (The Boy) in Eastern Europe trying to find refuge during World War II. During his journey he comes across many different characters and suffers through brutal treatment.

The Painted Bird, written by Jerzy Kosinski, is somewhat controversial as Kosinski initially claimed it to be autobiographical. This was proven to be false however as his family was sheltered by Poles during the war and he didn’t go through the horrors depicted in the book. It is now classed as a novel and the film doesn’t claim to be based on a true story.

It isn’t like any film about the Holocaust I’ve seen before. The war and the Holocaust are the setting of the film but this is specifically about The Boy and his struggles. It is a side of the war that may feature as a sub plot in a film but is not usually given the near 3-hour epic treatment this story has been given.

The Painted Bird opens with The Boy being chased by some bullies and his pet ferret being set on fire. It wastes no time getting to violence. This film is brutal and shows many acts of violence, it isn’t going to be to everyone’s taste.

The film is a tough watch, there is so much brutality. It seems worse because a child is living through it rather than an adult. As there is a steady stream of violence, it stops having as much of an effect on the viewer as the film progresses. The Boy goes from one bad situation to the next bad situation to the next, you know more pain is coming as the next title card appears showing the name of the character about to come into The Boy’s life. The director claims there is love and hope in the movie, I personally didn’t get that message. The tagline of the movie is, “light is visible only in the dark.” Out of the 169-minute runtime, maybe 5 minutes shows light. It’s not enough to make the lasting message one of hope.

Petr Kotlar, who plays The Boy, was discovered by chance by Marhoul and is not an actor. The Painted Bird was filmed in script order so the growth of Kotlar would mirror that of the character. You can definitely see his evolution over the course of the film, which was shot over two years. For some scenes of extreme physical and sexual violence the filmmakers rightly filmed them without the child actor, either using a POV shot or using an adult body double.

The level of performances from the cast was high across the board, from both the Western actors and those from Eastern Europe. Different actors were used to record their voices over that of the main cast in ADR. Although this makes the accents somewhat consistent, I found it a distraction with the most recognisable actors.

The runtime is excessive. You really feel the long runtime given the stillness and quietness of the film, there are many scenes without dialogue. Most people will watch The Painted Bird on demand, making it easier to get distracted in one of the many quiet moments than it would be in a cinema. The director, Vaclav Marhoul, wanted the film to be so expansive in order for the viewers to have the time to reflect on the acts of violence that The Boy is witnessing or experiencing. Although I understand wanting to spread out the violence, I feel like Marhoul took it too far and dragged out the story to the detriment of the movie.

The movie has been filmed entirely in black and white on 35mm film stock, a look that suits the period and the bleakness of the subject matter. The Director of Photography, Vladmir Smutny, has had a strong career in the Czech Republic and The Painted Bird should bring him yet more accolades. There is a simplicity to the framing, the cinematography features many beautiful yet haunting shots. The subject matter is tough, the cine doesn’t use many gimmicks or overtly flashy shots that would take the viewer away from what is happening. The beauty is in the simplicity and it effectively immerses the viewer in the struggles of The Boy.

The director chose not to score the film. A decision that I think paid off, it could have easily turned into melodrama if the score was emphasising the miserable tone of the film. The sound design (Pavel Rejholec) is very strong, a score isn’t missed from The Painted Bird.

There are things to admire about The Painted Bird, the performances and the cinematography stand out. However, it is not light entertainment, there is excessive death and violence both to humans and animals. I think the director failed in his attempt to show the light in the material, the depressing nature of it lasted longer in my mind than any hope. The Painted Bird is perhaps not the type of film people need right now.

Opening in select theatres and on demand July 17 2020

Try Harder! A Wonderful Documentary about the Evergrowing Pressure of College Admissions