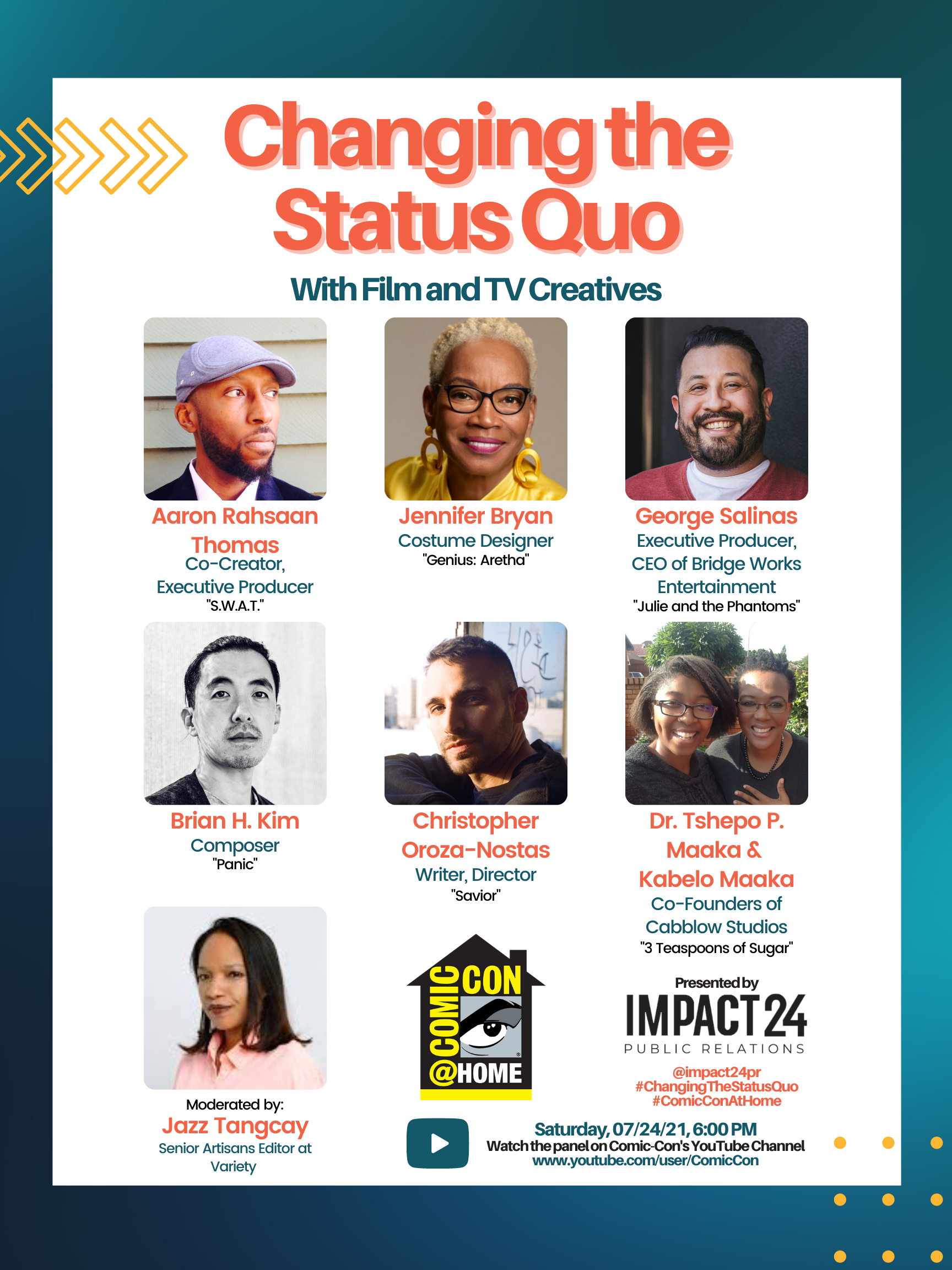 Projects to be featured on panels include: Halston, S.W.A.T., Julie and the Phantoms, Shadow and Bone, Why Women Kill, Drunk History, Panic, Ratatouille: The TikTok Musical, and more.

2nd Annual Hollywood Game Changers: A Conversation with the Women Behind Popular Film and TV Projects

“Hollywood Game Changers” is back with another exciting panel featuring women behind popular film and television projects like Halston, Shadow & Bone, Why Women Kill, and more! Get insight into how they navigate their careers and how they use their craft to champion for women empowerment, diversity, and inclusion in the industry! These fearless women are revolutionizing Hollywood and they’re here to stay.

Changing the Status Quo with Film and TV Creatives

An intimate discussion with film and television creatives who are using their craft to change the status quo by bringing diverse voices onscreen and behind the camera. Learn how they got their careers started, where they’re going, and how they’re opening doors for the next generation of creatives. Featuring projects Julie and the Phantoms, S.W.A.T., Genius: Aretha, Panic, Savior, and 3 Teaspoons of Sugar.