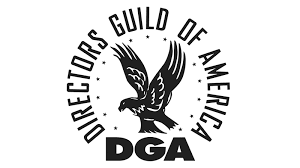 The Power of the Dog

(Netflix) This is Ms. Campion’s second DGA Award nomination. She was previously nominated in this category in 1993 for The Piano.

Succession, “All the Bells Say”

This is Mr. Mylod’s second DGA Award nomination. He was previously nominated in this category in 2020 for Succession, “This Is Not for Tears.”

Hacks, “There Is No Line”

OUTSTANDING DIRECTORIAL ACHIEVEMENT IN MOVIES FOR TELEVISION AND LIMITED SERIES

This is Mr. Jenkins’s second DGA Award nomination. He was previously nominated in the Theatrical Feature Film category in 2016 for Moonlight.

Adele: One Night Only

Through Our Eyes, “Shelter”

Renowned director Spike Lee was the recipient of the DGA Lifetime Achievement Award in Feature Film. This award, which is given to a Director in recognition of distinguished achievement in motion picture direction, is the Guild’s highest honor and the recipient is selected by the present and past presidents of the Guild.

Joseph P. Reidy received the Frank Capra Achievement Award, which is given to an Assistant Director or Unit Production Manager in recognition of career achievement in the industry and service to the Directors Guild of America.

Garry W. Hood received the Franklin J. Schaffner Achievement Award, which is given to an Associate Director or Stage Manager in recognition of service to the industry and to the Directors Guild of America.