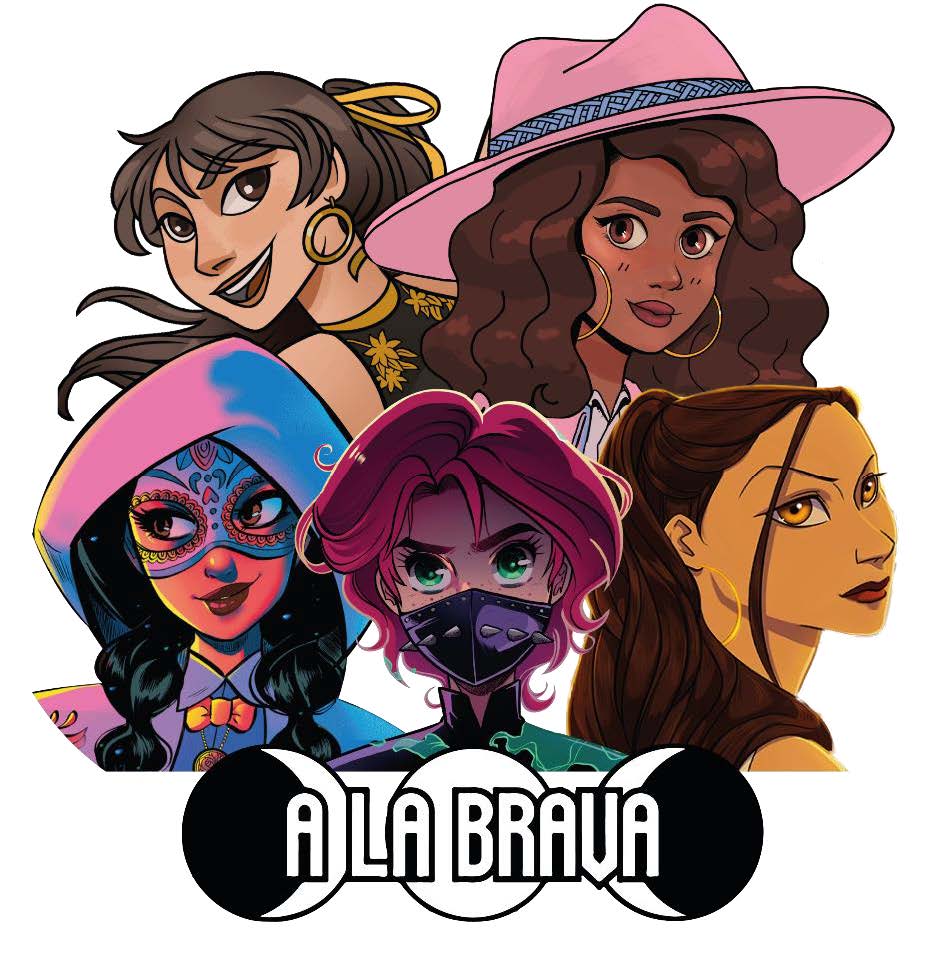 Creator/Writer Kayden Phoenix, having been a long-time full pass attendee herself, is proud to see herself on the other side of the table with her publishing company, Phoenix Studios.

JALISCO, a blade-wielding folklorico dancer that uses her culture as her weapon. SANTA, a brawler that takes down the ICE detention centers. LOQUITA, a supernatural teen detective. RUCA, a chola serving justice. BANDITA, the gunslinger in modern day New York. A LA BRAVA, the 1st Latina superhero team in history.

Fairly new in the comicbook industry, Phoenix is debuting her 6th and final graphic novel of Volume 1, A LA BRAVA, Latina Superhero Team. Phase II is already in progress with THE MAJESTICS, Native and Latina Princeses, debuting in Winter. Phoenix will be in a few SDCC panels this year, including the highly anticipated “Industry of Latina Superheroes” with panelists Moises Zamora (Creator of Netflix’s Selena series), Maritza Cabrera (manager/producer at Zero Gravity Management), and other industry insiders.

“Comic book superheroes give kids something to look up to and it helps if those heroes look something like the kids.” – ABC Eyewitness News 7

“Everyone needs a superhero, but if you’re a woman or a person of color, chances are you won’t find yourself reflected on the big screen, much less a comic book.” – Spectrum News 1

You can see Kayden Phoenix debut A LA BRAVA, the Latina Superhero team graphic novel at her table in SDCC Artist Alley.