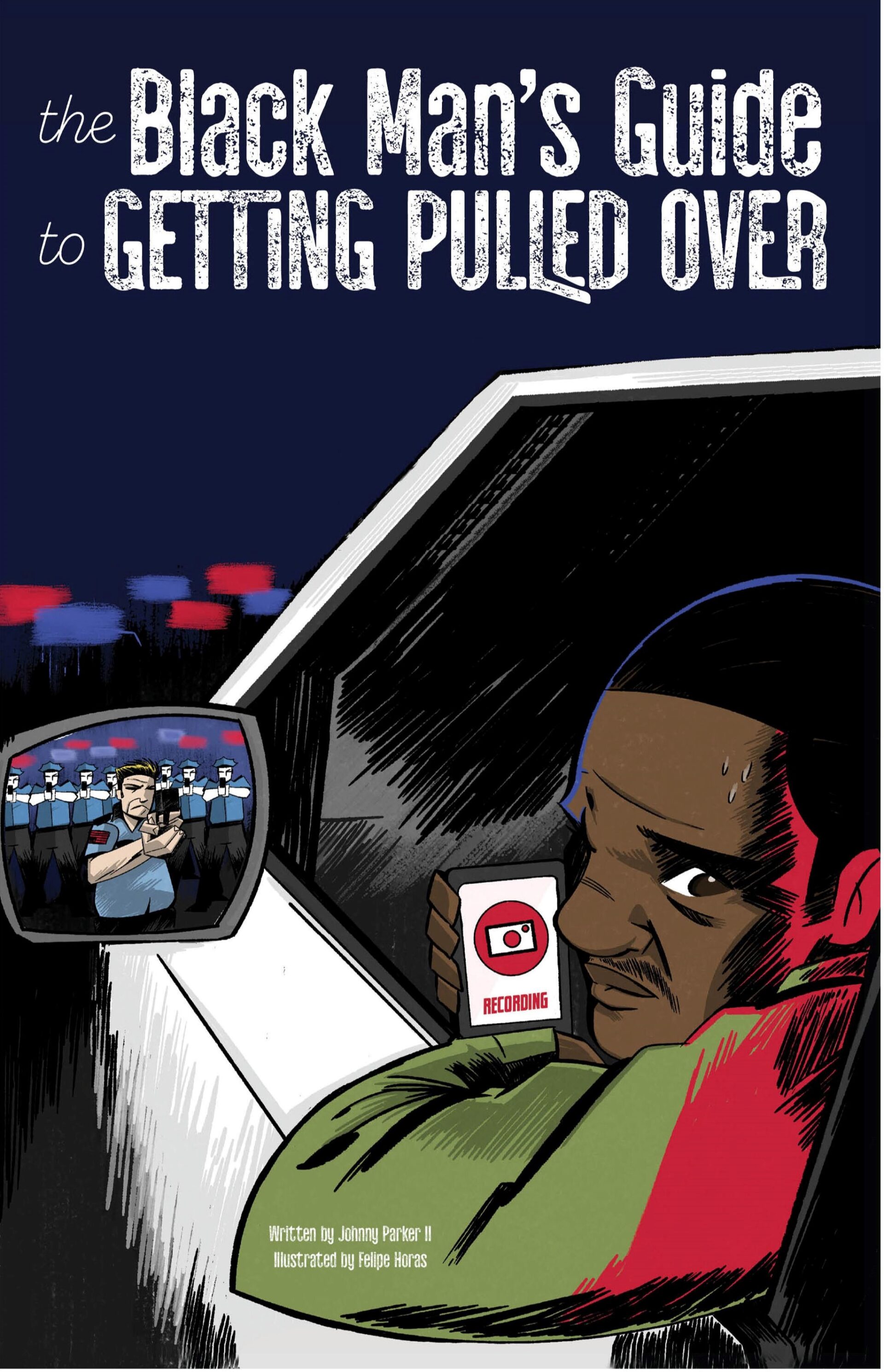 Based upon personal experience, comes a funny, but bitingly truthful story aimed at finding a solution to everyday racism

After a night out on the town with his girlfriend, a man is stopped by a cop on the way home, simply for driving while Black. This offers practical advice to avoid being murdered by the state on their evening commute, and paints a hyper-realistic image of all the bullsh*t things cops say to pretend that they reason they stopped you wasn’t their overt racism.

“This is the most personal story I’ve ever written because it was inspired by a moment of joy that was robbed from me,” said Johnny Parker II. “After I purchased my first ‘new-ish’ car, I was filled with excitement and anticipation, until I was pulled over the first night I brought the car home. For that whole first month, I was pulled over—again and again. I had two options: I could get angry, or I could try to solve the problem. The Black Man’s Guide to Getting Pulled Over is my attempt to help solve the problem.” The Black Man’s Guide to Getting Pulled Over encourages readers to channel their righteous anger into pathways towards change—whether in the form of protest, community organization, and more. We all have a role to play in dismantling the racist systems that result in the deaths of far too many people to count.

Johnny Parker II, an African American writer from Detroit, pens entertaining and engaging stories that challenge the norm, by including diverse characters and storylines relevant to modern struggles. Many of his works are inspired by his love for ’90s cartoons, comics, anime/manga, wrestling, and most importantly, but most of all the need he sees for representation.

He will be in attendance at San Diego Comic-Con (July 21-24) at Small Press table N-14. Drop by or learn more at www.johnnyparkercantlose.com/ For fans of Your Black Friend by Ben Passmore and American Born Chinese by Gene Luen Yang, The Black Man’s Guide to Getting Pulled Over is now available. Colors by Kayla Ruffin and letters by Scott Ludwig. For additional press queries, please contact Don’t Hide Publicity, Melissa Meszaros: melissa@donthidepr.com