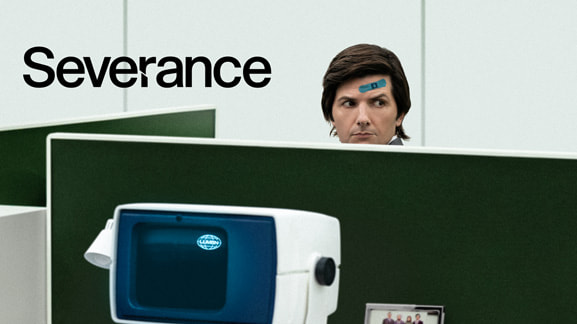 On the heels of the year’s hottest drama “Severance” landing 14 Emmy nominations, Apple TV+ today revealed details of the most sought-after destination at San Diego Comic-Con International – – the “Lumon Industries Orientation” experience. Developed in partnership with the series’ executive producer and director, Ben Stiller, the must-see immersive experience will run throughout the four days of the world’s largest fan convention, from Thursday, July 21 through Sunday, July 24 at the Hard Rock Hotel.

Fans will have a unique opportunity to be “severed” – a procedure that separates your work life from your personal life – as they immerse themselves as new employees in the world of Lumon Industries. The experience will take guests seeking better work-life balance through their first day on Lumon’s severed floor, but from the moment they enter the boardroom, they will realize that not all is as it seems.

New employees will navigate through several locations featured in the critically acclaimed series for an up-close dive into the mysterious Lumon world. Stops on their first-day orientation include the iconic boardroom where the new hires will meet their  ‘innie” and MDR where they can try their hand at refining data. As employees explore life on the severed floor they will interact with longstanding Lumon employees and gather perks along the way.

Beginning Thursday, July 21 at 6:00 a.m. PT, and continuing throughout the weekend, fans will be able secure a reserved time to experience Lumon’s employee orientation, at welcometolumon.com. Additional slots will be released each day at 6:00 a.m. PT and a standby line will be available for those without a reservation. In accordance with Comic-Con’s COVID policy, proof of vaccination or a negative COVID test will be required for entry, along with face masks and identification.

Comic-Con attendees can also expect a fan-favorite lineup of panels celebrating Apple original series during the four day festival. The panels will feature cast and creative teams from the Emmy-nominated workplace thriller “Severance,” lauded alternate-reality series “For All Mankind” the acclaimed workplace comedy “Mythic Quest,” plus a not-to-be-missed panel featuring some of the today’s greatest storytellers from “See,” “Invasion,” “Foundation, “Mythic Quest” and “For All Mankind” to share their world-building insights with fans.

Apple TV+’s original series SDCC panels, their times and locations are as follows:

The Alternate World of “For All Mankind”

The Players of “Mythic Quest”

Apple TV+ offers premium, compelling drama and comedy series, feature films, groundbreaking documentaries, and kids and family entertainment, and is available to watch across all your favorite screens. After its launch on November 1, 2019, Apple TV+ became the first all-original streaming service to launch around the world, and has premiered more original hits and received more award recognitions faster than any other streaming service in its debut. To date, Apple Original films, documentaries and series have earned 246 wins and 1,114 award nominations, including this year’s Oscar Best Picture winner “CODA.”

Apple TV+ is available on the Apple TV app in over 100 countries and regions, on over 1 billion screens, including iPhone, iPad, Apple TV, Mac, popular smart TVs from Samsung, LG, Sony, VIZIO, TCL and others, Roku and Amazon Fire TV devices, Chromecast with Google TV, PlayStation and Xbox gaming consoles, and at tv.apple.com, for $4.99 per month with a seven-day free trial. For a limited time, customers who purchase and activate a new iPhone, iPad, Apple TV, Mac or iPod touch can enjoy three months of Apple TV+ for free.*For more information, visit apple.com/tvpr and see the full list of supported devices.