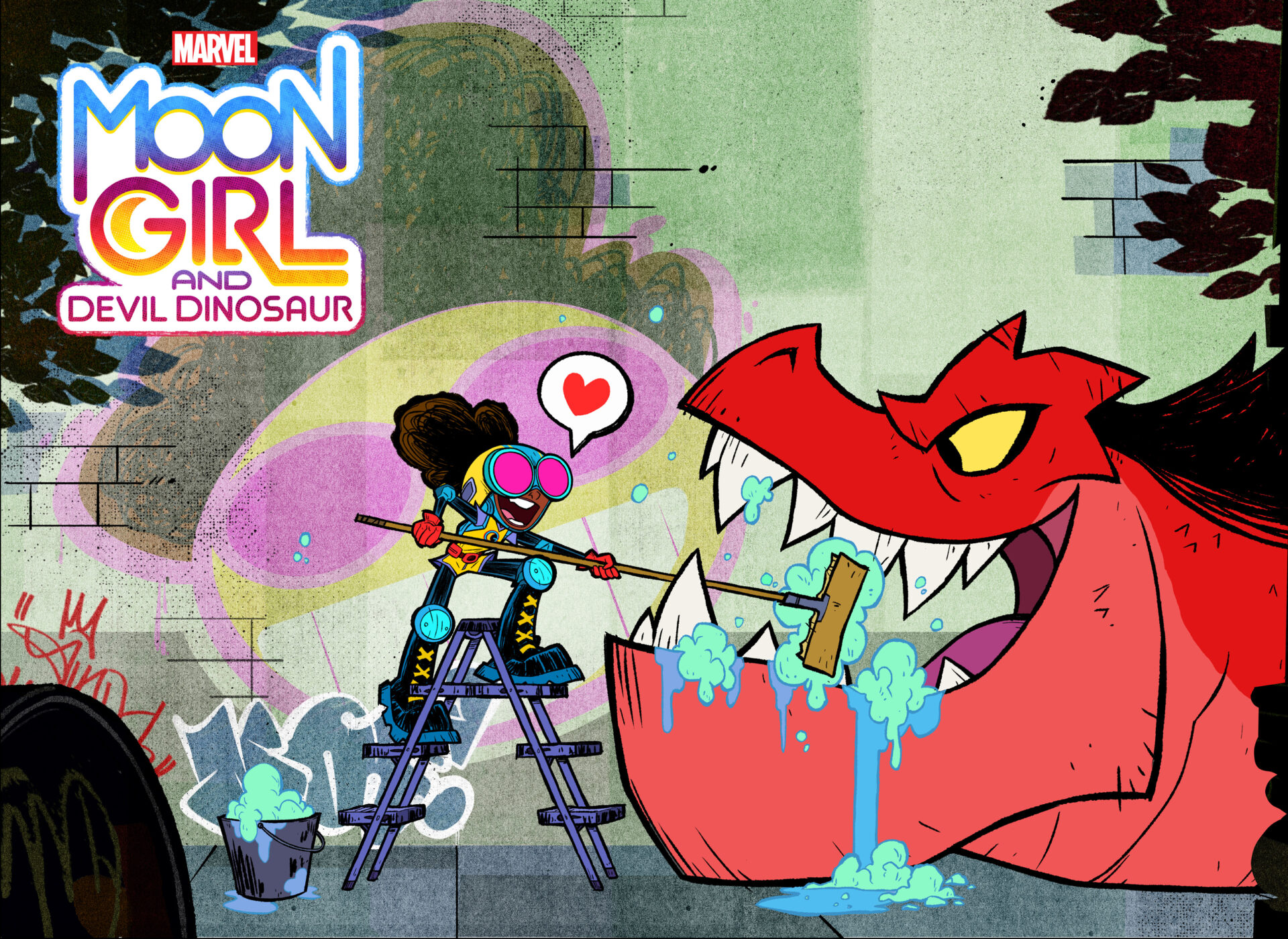 The news, a first-look clip and exclusive artwork was revealed today during a “Marvel’s Moon Girl and Devil Dinosaur” panel at San Diego Comic-Con, featuring the series cast and creative team.

*COPYRIGHT ©2022 Disney Enterprises, Inc. All photography is copyrighted material and is for editorial use only. Images are not to be archived, altered, duplicated, resold, retransmitted or used for any other purposes without written permission of Disney Branded Television. Images are distributed to the press in order to publicize current programming. Any other usage must be licensed. Photos posted for Web use must be at the low resolution of 72dpi, no larger than 2×3 in size.