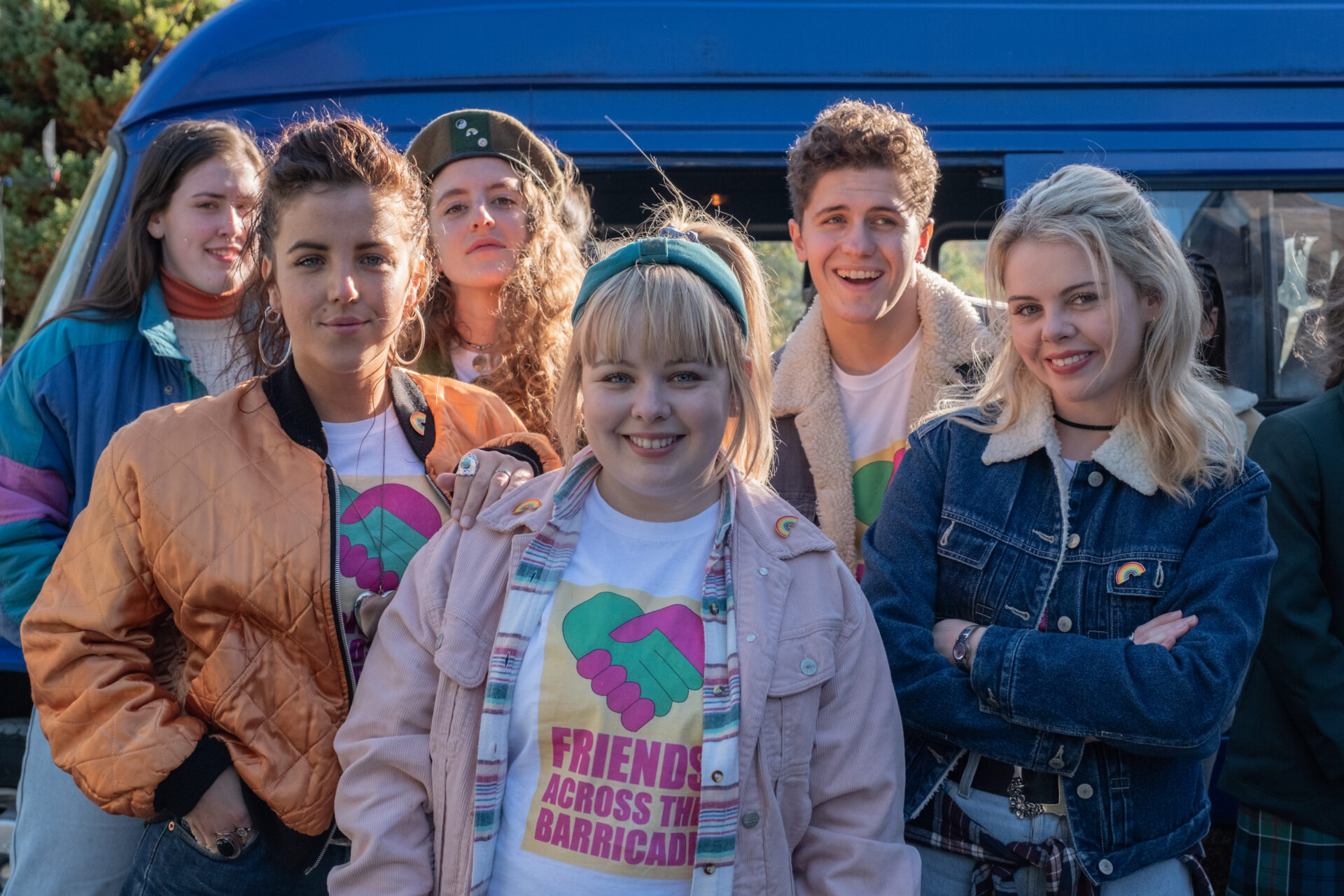 Derry Girls is back for its third and final season on Netflix. Check out the trailer below for the shows long awaited return (from its original home on the UK’s Channel 4).

For those of you who haven’t seen Derry Girls before, it follows a group of teenagers coming of age in ’90s Northern Ireland, their comic adolescent foibles taking the foreground against the backdrop of the sectarian strife of the Troubles.

Created by Lisa McGee, season 3 sees Northern Ireland hopeful that The Troubles are finally over. That doesn’t stop our main gang of loveable eejits from getting up to their usual hijinks.

Derry Girls is incredibly well written by creator McGee, but the quality of the ensemble from the kids to the adults is what makes the show unmissable.

Saoirse-Monica Jackson (The Five, The Flash) gets to flex her dramatic muscles as Erin as well as her comedic ones this season. Louisa Harland (The Deceived) as the “subnormal” Orla is hilarious. Orla may be a bit simple, but she provides a lot of laughs. Nicola Coughlan (Bridgerton) as Clare is chatty, very chatty. Clare is keen to find herself a lesbian lover this season. Jamie-Lee O’Donnell (Screw) as Michelle is a brash character, extremely open about whatever is crossing her mind. Dylan Llewellyn (Big Boys) is James, aka The Wee English Fella. James is the subject of plenty of anti-English jokes, which work very well.

Siobhán McSweeney (The Fall) as Sister Michael is the secret weapon of the show. She may go slightly under the radar but her straight faced interjections are hilarious. McSweeney’s comic timing is perfect.

Storylines in the third season include stress over GCSE results, a talent show, a haunted house, trying to get Fatboy Slim concert tickets and even the disposal of a dead rabbit. The storylines are a little ridiculous but that only adds to the comedy. The wit is very quick and dry. Fans of British comedy will enjoy Derry Girls.

Derry Girls features a lot of music of the time, including Spice Girls, Fatboy Slim and Jamiroquai. Good memories for anyone who grew up the in 90s, especially those from Britain.

It’s impressive how the show balances its humour with touching on The Troubles and what that meant for the people of Northern Ireland. Derry Girls also features some tough individual moments for the main characters separate to the issues of the time. It’s not all giggles in season 3 and it’s well balanced.

There are six 25-minute episodes and one final extended episode, approx. 50-minutes. The finale was a great way to end it. The extended runtime helped them wrap things up without having to shortchange any of the regular characters.

Derry Girls is absurd but heart-warming. The cast does a great job and it’s well written. It’s one of the best British sitcoms around and season 3 is a great way to end the show. Highly recommend you check it out.