Disney properties will be in full effect come D23, and I for one could not be more excited. Disney+ is one of Disney’s new streaming services that will be available in November. This streaming service as a competitor to Netflix will be priced at 6.99 and offer new content as well as access to Disney’s ever-growing chamber of movies and TV. This is one of the things I a most excited for at D23. If I can force them to take my money for a year I will give it to them gladly.

Check out the release of Disney streaming panels below courtesy of D23.com. Will you be attending? Let us know in the comments.

Fans won’t want to miss this exclusive preview of Disney+ and its exciting slate of original films and series from Disney, Pixar, Marvel, Star Wars, National Geographic, and more. Yvette Nicole Brown (Lady and the Tramp, Elena of Avalor) will host this star-studded presentation packed with never-before-seen content, surprise guests, performances, and reveals, including a first look at Lady and the Tramp, The Mandalorian, High School Musical: The Musical: The Series, and many more.

Before the global phenomenon returns in a brand-new series on Disney+, Expo guests are invited to a special advance screening of the first episode and panel with the talented new cast on the arena stage.

On the Expo show floor, the Disney+ Pavilion will offer guests demonstrations of the live Disney+ app as experienced across mobile and connected TV devices, showcasing the unprecedented collection of entertainment from Disney, Pixar, Marvel, Star Wars, National Geographic, and more. Guests will also see costumes and props from Disney+ Originals and have the opportunity to subscribe to the service with a special offer available exclusively to Expo attendees and D23 Members.

The Hulu Pavilion will be home to more than 20 iconic costumes and artifacts, including the famous red robe worn by the likes of Elisabeth Moss in The Handmaid’s Tale, paintings featured in season one of Castle Rock, and George Clooney’s Catch-22 costume. In addition to costumes, visitors to the interactive exhibit will be able to get a closer look at show props from upcoming Hulu Originals like Little Fires Everywhere and select shows found in Hulu’s streaming library, such as The Good Doctor, Brooklyn Nine-Nine, and The Goldbergs.

Additionally, the Disney+ Pavilion Stage will host three full days of panels, highlighting the service’s diverse originals and its collection of beloved movies and shows, along with special ESPN+ panel programming. 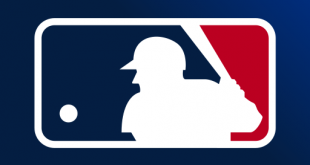 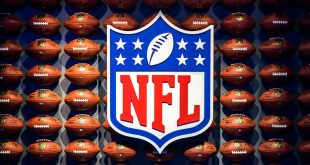