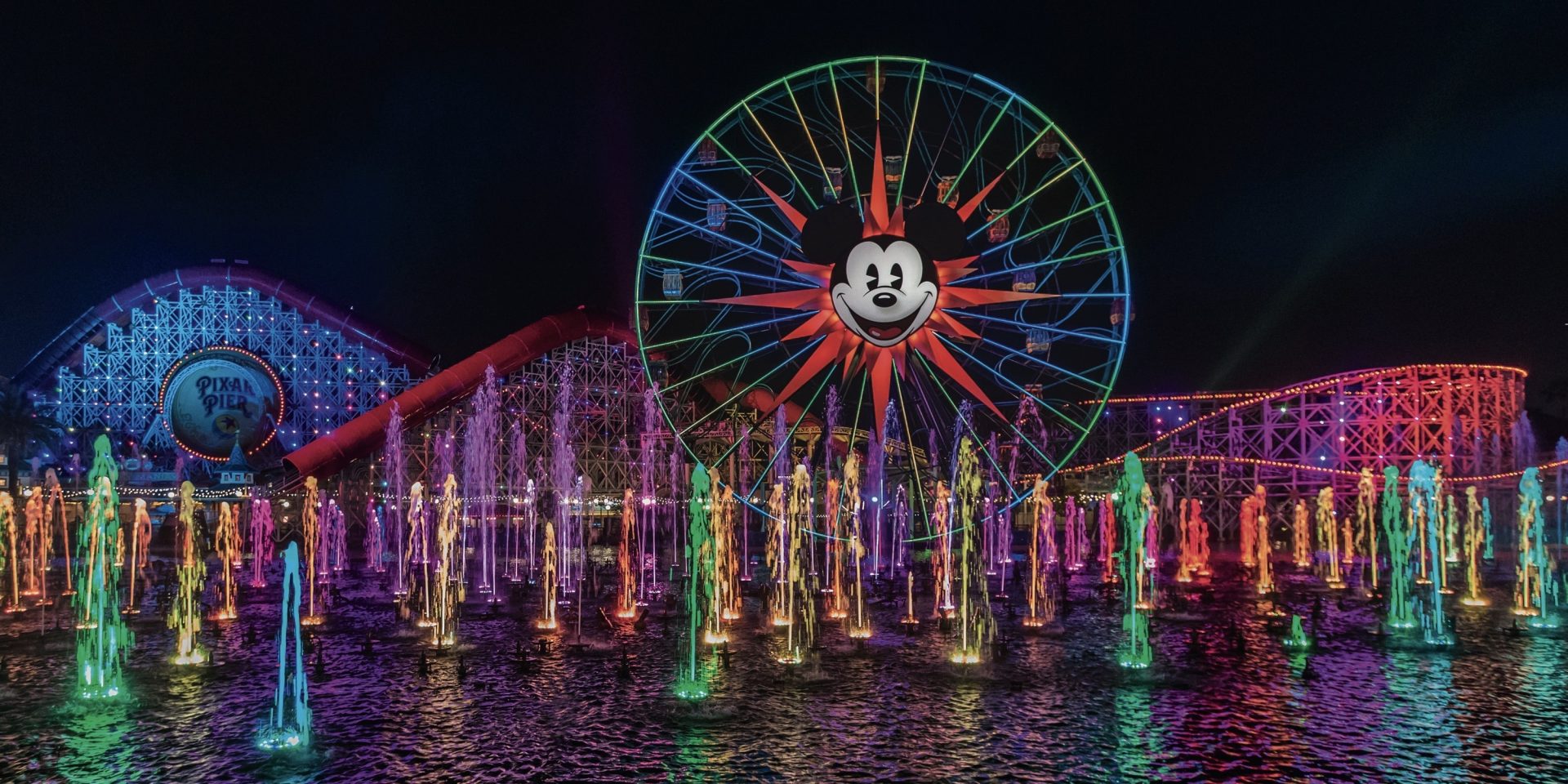 Hi everyone! I have some important Disney updates that you all should know. At Walt Disney World, 4,000 more employees are losing their jobs which brings the total number of announced layoffs to 32,000 across the company.

At least 18,000 of the total jobs lost belong to cast members at Walt Disney World, though the SEC report filed Wednesday did not specify how many of the Orlando resort’s employees are included in the most recent round of layoffs.

This year, the resort has already lost nearly a quarter of its reported 2019 workforce of 77,000.

A spokesman for Walt Disney World did not respond to a question if any Orlando employees would be affected by the recent round of layoffs but confirmed the total number of layoffs company-wide.

The notice said about 32,000 employees primarily in the company’s Parks, Experiences and Products division will be laid off in the first half of the 2021 fiscal year, which started in October. This number comprises nearly 21% of the 155,000 reported employees of the Walt Disney Co.’s theme parks division as of Oct. 3.

The company partially attributed the job losses to the ongoing COVID-19 pandemic.

“Due to the current climate, including COVID-19 impacts, and changing environment in which we are operating, the Company has generated efficiencies in its staffing, including limiting hiring to critical business roles, furloughs and reductions-in-force,” the filing said.

As of early October, nearly 37,000 theme park employees company-wide were furloughed but not scheduled for termination, according to the document.

Walt Disney Co. employed a total of nearly 203,000 people last month, 80% of which were classified as full-time workers.

Wednesday’s filing is the latest in a series of mass layoffs in Disney’s theme parks division and comes just two months after 28,000 theme park, merchandising and cruise line workers lost their jobs across the company.

Of the 18,000 Disney World cast members affected during that round, 8,857 were part-time union employees, the Orlando Sentinel found.

Eric Clinton, president of Unite Here Local 362, the union that represents the resort’s employees, called the previous round of announced layoffs “devastating.”

Clinton did not respond when asked for comment on the layoffs announced Wednesday.

The Walt Disney Co.’s theme parks division lost about $2.4 billion in revenue this year compared to 2019. Disneyland Resort in California has been closed since March and the Disney Cruise Line has extended its suspension of departures through the end of January.

Disney World continues to operate at a limited capacity since its reopening in July. Earlier this month, Disney CEO Bob Chapek said the resort was raising its occupancy cap from 25 to 35% and expressed optimism at the park’s ability to effectively implement COVID-19 safety protocols while welcoming additional guests.

Disney World is anticipating a busy holiday season, with 77% of park reservations booked for the next quarter. As of Nov. 12, the resort was booked near capacity over the Thanksgiving weekend, Disney executives said. Disney World has increased the 32,000 workers by March 2021.

Disney World has donated $20,000 in wishing well coins to homeless charity which is “So thankful. In addition, Disney’s chefs cooked up a Thanksgiving feast for 650 coalition residents and other homeless guests.

The feast required seven kitchens, 250 pounds of turkey, 60 gallons of gravy and cranberry compote, 300 pounds of cornbread stuffing, mashed potatoes and green beans, 800 dinner rolls and 72 apple and pumpkin pies. That’s enough to feed some 400 men, women and children who live at the coalition as well as another 250 homeless people who turned the charity for a holiday meal.

Walt Disney World also Filed Construction Permit for Tom Sawyer Island at the Magic Kingdom. The permit references only “general construction” at 4975 Caribbean Way, the address of Tom Sawyer Island. Disney has hired CEC General Contractors Inc. for the work, which is likely basic repairs. Both Tom Sawyer Island and the Liberty Square Riverboat are currently closed through February for refurbishment.

Over at Disneyland Resort, their big reopening has lines longer than the rides. While Walt Disney World has been running fairly smoothly, all things considered, since July, Disneyland Resort in California has been closed continuously since March, with only the Downtown Disney shopping district being available to guests and there are no signs of when the theme parks might finally open up. As a result Disney had to work around the current pandemic restrictions, and so it recently opened up a small portion of the Disney California Adventure park to shopping and dining only, and it seems that the lines to get into the newly reopened park are as bad, if not worse, then the lines to get on the actual rides used to be.

The San Francisco Chronicle went to Downtown Disney on the day that Buena Vista Street opened to guests, and the experience was, simply put, madness. Arriving at 8:30 AM, 90 minutes before Downtown Disney would open to the public, it was 10:30 AM before the reporter was able to make into Downtown Disney and another three hours before they were allowed onto Buena Vista Street. At that point, an attempt to secure a table at the Carthay Circle Lounge was attempted, but three and a half hours later, a table had yet to be obtained. That’s basically a whole day of waiting with very little to show for it.

Even in the busiest summer season, the only attraction that would potentially have you waiting that long would be the brand-new Rise of the Resistance. And at least there you have more to do while you’re waiting. Any other ride would likely get you on in a couple of hours unless it broke down while you were waiting. It’s unclear how early the first people in line at the parking lot were to secure their spot, but the demand is clearly off the charts. To be sure, this took place a few days ago, and now that Buena Vista Street has been open for a few days, it’s probably not as bad as that. Though there will certainly still be lines, and it’s unclear if and when the crowds will really shrink.

While not surprising, the crowds are certainly off-putting. The only reason I would make the trip to Disneyland Resort right now would be to get an outdoor table at the Carthay Circle Lounge, and if such a thing is a long shot at best, it probably isn’t worth the trip. Of course, the idea is exactly that only locals would make the trip, so as far as that goes, it’s working likely better than anticipated.

Considering the success of the Buena Vista Street experiment, and the crowds that it is generating, it will be interesting to see if the idea is expanded. Technically speaking, Disneyland Resort should be able to open both theme [parks completely for shopping and dining, and as long as the rides stay closed, it’s not really a theme park. This would allow Disneyland to put more cast members back to work and welcome even more guests, who have money they would probably love to spend.

The mailboxes at the Disneyland Resort might be real for a couple of reasons. If you’ve visited Disneyland in California, you’ve probably noticed that the park is set up to mimic a miniature metropolis, with themed areas like Tomorrowland and Adventureland. So, some may have assumed that mailboxes adorning the park are just decorations.

Some of them are. But some of the mailboxes are in fact useable. According to the website for D23, the Disney company’s official fan club, “There are real functioning mailboxes spread around the resort and themed to blend in with the surroundings. They’re perfect for sending a postcard to commemorate your trip!”

But you might not want to put your tax payments or car registration renewal in there. The park was, of course, built before smartphones with cameras that can send images in an instant via text messages. The intent of the boxes was for park guests to drop postcards off, as the Disney history blog Yesterland notes.

If one looks closely at photographs of the Disneyland mailboxes provided in the D23 post, the boxes carry notices saying their contents are picked up by park employees and taken to the U.S. Post Office in Anaheim, the city where the park is located. Here’s what Yesterland had to say about the park’s mailboxes:

As with the park’s trash cans, the mailboxes are often designed to match the themes of their specific locations—for instance, the one at the Briar Patch (shown) has a rustic design appropriate for Critter Country. Some of the boxes are oriented vertically, others horizontally; some have lids that lift up, others that pull down.

All of them, however, have their mail collected the same way, as noted on some of the boxes themselves: “This Collection Box is Served by Disneyland Personnel, and Taken to Anaheim Post Office.” Disneyland itself doesn’t stamp or postmark the mail, though an official “Disneyland U.S. Post Office” mailing items with an official “Disneyland, California” postmark was mentioned in the 1953 prospectus that pitched the park to potential investors.

The Disneyland park in Southern California is currently closed due to the COVID-19 pandemic and is not expected to reopen until 2021, according to park officials. Disneyland Resort also have some things you can buy from the Avengers Campus which it meant to open in 2020. It planned to open the Avengers Campus in 2020. But, like all plans in 2020, those plans disintegrated like ashes in “Infinity Wars.”

Still, Disney Parks announced recently it is selling a new toy from the campus for the holiday season. That toy? The spider-bot.

Toys and apparel based on the Worldwide Engineering Brigade, or WEB, will be available at Downtown Disney District at Disneyland Resort, and at World of Disney and Disneyland Resort Backlot Premiere Shop beginning Dec. 4. The spider-bots are the big toy for the holiday season. The toy will “put you in control of the action to battle opponents with programmed combat and defensive abilities,” according to Disney Parks.

The toy can rotate 360 degrees, crawl backwards and forwards and light up with laser eyes. The California Gavin Newsom wrote this statement about Disneyland reopening: “When we set out to create these extraordinary Super Hero experiences across the globe, we designed a new Spider-Man attraction for Disney California Adventure park in an immersive land with amazing character experiences,” said Scot Drake, portfolio creative executive for Walt Disney Imagineering, in a statement. “We also crafted an original story that ties all the experiences together in ways that are authentic to these characters. We worked side-by-side with teams that brought the Avengers films and comics to life to create a place that champions the next generation of heroes.”

Disneyland remains closed due to the coronavirus pandemic, so it’s unclear when the campus will open. Reports suggest the park could reopen in January 2021.

So, what do you guys think about this Disney news updates?!

I would like to hear some comments, thoughts, opinions, or concerns!