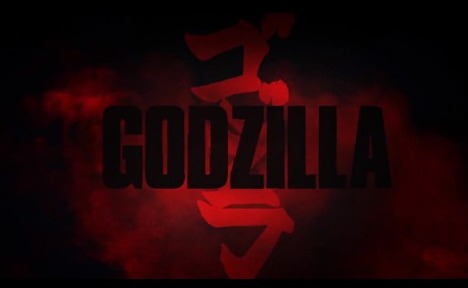 Review of GODZILLA (2014)
By Désirée I. Guzzetta

For many people, the first image they get when they think of Godzilla is a guy in a rubber suit stomping out a scale model of Tokyo and crushing toy tanks. Sometimes he’s also fighting other guys in rubber monster suits.

But when “Godzilla” was released in 1954, he was a much more serious figure. Godzilla, the product of mutation via nuclear radiation, symbolized the horrors of World War II, bringing the same sort of devastation to a fictionalized Tokyo as Fat Man and Little Boy did to the real Nagasaki and Hiroshima, respectively. As with the best horror pictures, there were deeper themes underlying the mayhem.

Since then, Godzilla has morphed from a figure of fearsome terror to a champion of mankind (at least, as much as a giant monster can be in defending Earth from other giant monsters while still wreaking havoc everywhere). He even got a son, a kid-friendly animated makeover (complete with goofy sidekick, Godzooky), and a dreadful American remake from Roland Emmerich, though as late as 1984, he was turned once again into a terrible weapon of mass destruction.

Lately, though, for most non-Godzilla-nerd American fans, he’s now just a friendly-looking guy in a rubber suit water-skiing with his buddies and eating Snickers.

The new “Godzilla” seeks to change that American perception. By going back to the original for inspiration, director Gareth Edwards brings back the seriousness, the deeper themes, and the awe of the monster. His Godzilla is a majestic beast, terrifying in stature and roar, and with personality to spare. In fact, one of the main achievements of the film is how much Edwards, working from the script by Max Borenstein, Frank Darabont, and Dave Callaham, imbues all the monsters (there are two others) with motivations that engender sympathy from the audience. Sure, we want Godzilla to defeat the two M.U.T.O.s (Massive Unidentified Terrestrial Organisms), but we also understand their primal drives.

The film falters, though, in two areas: Not enough Godzilla and not enough investment in the human characters. Neither flaw is fatal, however, and the movie mostly overcomes them in its excellent main fight sequence. But they are there.

To quickly address the first point: To a Godzilla fan, there can never be too much Godzilla in a Godzilla movie. We are there first and foremost to see our favorite big guy stomp around, and we can’t get enough of him. While I get what Edwards was going for in holding back showing Godzilla too much in the first half of the picture, by the second teasing glimpse of him, I was champing at the bit for more. Perhaps that is what he was also going for because that final fight was more than satisfying (not just for me, but the audience I saw it with, judging from all the cheering going on).

The second point, though, is more problematic. We’ll get to it shortly.

The film’s credits sequence fills us in on what was really going on with the atomic tests in the Bikini Atoll all those years ago, then jumps to the Phillippines in 1999. Dr. Ishiro Serizawa (Ken Watanabe, whose character’s name is a nod to the 1954 film’s director, Ishirō Honda, and character Dr. Daisuke Serizawa) and Vivienne Graham (Sally Hawkins) have been called to the site of a mining accident where a massive set of fossilized bones has been uncovered. There’s also something…else.

The film then switches to Janjira, Japan, where scientist Joe Brody (the always-excellent Bryan Cranston) has been puzzling over a series of tremors that threaten the city’s nuclear power plant. With him are his son, Ford, and wife, Sandra (Juliette Binoche), also a scientist. A terrible accident causes a tragedy that permanently damages Joe’s psyche and results in a quarantine of the entire town.

Fifteen years later, we meet the adult Ford (Aaron Taylor-Johnson), who is returning from a stint fighting in the Middle East to his wife, Elle (Elizabeth Olsen) and young son, Sam. They aren’t reunited long before Ford is called to Japan to bail out Joe, who’s been caught once again sneaking into the quarantined zone in a quest for answers to what really happened at the power plant.

It’s here that film has the most emotional heft. Cranston excels at showing Joe’s emotional pain, and you really care about him getting to the truth. The human problem with the film is not with him, or with Watanabe, Hawkins, or David Strathairn as Admiral William Stenz, who are all excellent and command the screen whenever they’re shown. It’s the shift in focus to Ford’s adventures in monster-hunting and getting back to his family in San Francisco. There’s a particular lack of urgency to the latter mainly because we’re not given enough sense of their family dynamic to care what happens to them. The blame for this is on the script and not the actors, who do the best they can with their material.

None of this, however, is enough to derail what is a very good monster picture, and once the race is on to solve the issue of the two M.U.T.O.s and the re-emergence of Godzilla, “Godzilla” kicks into high gear and doesn’t relent.

The other part of the film I particularly enjoyed was the environmental theme. Godzilla and the M.U.T.O.s are not a product of radiation mutation, but rather creatures who once thrived in a more radioactive environment. When that environment changed, they were driven deep underground where the radiation is friendlier to them. What causes them to come back to the surface is mankind’s relentless raiding of Earth’s natural resources. When Serizawa announces, “The arrogance of man is thinking nature is in our control and not the other way around,” it’s not just an indictment of corporate interests overriding the best interests of humanity, but maybe a little at the scientists whose own drive for knowledge allows the two M.U.T.O.s to thrive (when asked why they didn’t just kill the M.U.T.O.s when they had the chance, Graham mentions that they did vivisect one of the others they found to learn more about it, an aside more chilling than I think was intended).

That Edwards and the screenwriters had more on their minds than giant monster-on-monster action serves “Godzilla” well, and also bodes well for future installments of the franchise. That the monster-on-monster action is spectacular and mesmerizing (the CGI here is incredible) is an even better indication of where they can take Godzilla if Toho (the company that owns the rights to Godzilla) will let them. I think Edwards has a strong case for a sequel and if the intent of holding back on showing Godzilla for so long in “Godzilla” is to build that case, then the movie is an unqualified success, flaws and all.

For those wondering which format to see the film in: I saw it in IMAX 3D and while the IMAX conversion looks beautiful, the 3D is unnecessary and doesn’t really add anything to the experience. I recommend seeing it on the biggest screen possible, though, because the monsters look fantastic, not to mention other beautifully realized shots of nature and the grand scale of the destruction caused by the monsters. Also, there’s no extra scenes in or after the credits, so unless you’re someone like me who sits through the credits anyway as part of the movie-going experience, you can safely exit the theater.

Overall, the film is the Godzilla we need and the Godzilla we deserve. He’s a magnificent creation and my fervid hope is that we get many more sequels and that Edwards is allowed more latitude in what he can do with the King of the Monsters. It’s a serious take on the material, hits all the right Godzilla-nerd buttons, has welcome bits of comic relief, and actually has the right mix of elements to draw in non-Godzilla fans. If they can just add a more compelling mix of human characters, they can give us the perfect Godzilla film.