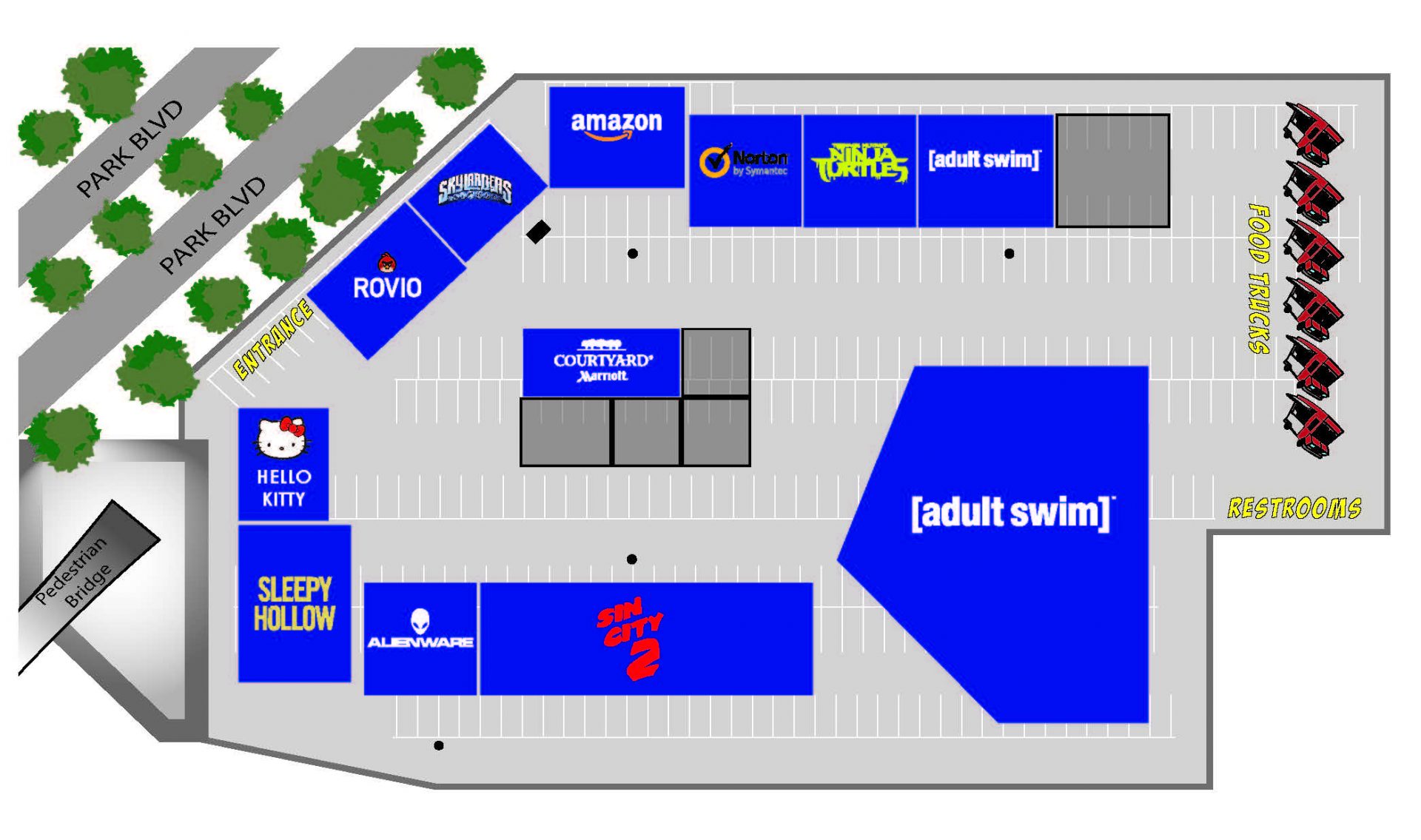 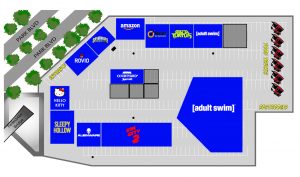 Held just across the street from the San Diego Convention Center, the Petco Park Interactive Zone is definitely worth checking out this year!

Starting July 23rd at 5:00PM and running through July 27th, Amazon will kick off its Comic-Con interactive experience—Amazon Geek Boutique – at Petco Park’s Interactive Zone. Within the Geek Boutique we’ll have a variety of interactive experiences for the tech-lover including:Short version: Prizes (Fire TVs, gift cards, movies, games and more), Fire Phone (test out the brand new device), cell phone charging stations (relax in our lounge and grab your device some juice), comiXology, #transformerlocker, and more!

• Amazon Locker with a Transformer twist: Amazon Locker has launched in various cities allowing customers an easy and secure self-service option to collect their Amazon shipments at convenient locations, with no additional cost. To up-level Amazon Locker to Comic-Con standards, we’ve partnered with Paramount Pictures and Hasbro to bring the special Transformer Locker to our Geek Boutique. Try out the Transformer Locker with a pick-up code given by us in our booth, and then win great prizes such as Fire TV devices, Amazon gift cards and collector edition sunglasses. Be sure to follow #transformerlocker on Twitter during the event!

• Amazon Devices Taco Truck: For the past month, the Amazon Taco Truck has visited popular destinations around the Southern California area, showcasing our e-readers, Kindle Fire tablets and Fire TV to interested customers. We’ve brought this truck to Comic-Con, and are excited to add the newly released Fire Phone to our truck device set!

• Device Lounge Area: In the Lounge, fans will be able to play games on Fire TV, charge their cell phones for free with our phone charging stations, relax, and read comics. Be sure to check out the comiXology app on our devices, which has revolutionized the comic book and graphic novel industry by delivering a cloud-based digital comics platform that makes discovering, buying, and reading comics more fun than ever before. On Saturday, July 26th Amazon will host the “Face of Funimation” Justin Rojas, as he will spend some time talking with anime fans on upcoming Funimation projects.

This event is open to the public and doesn’t require Comic-Con credentials—we encourage everyone to stop by Petco Park to geek-out with Amazon!

Fans will have the opportunity to compete to be crowned King or Queen in a special cosplay contest created by Courtyard by Marriott. The contest will feature George R.R. Martin, Norman Reedus, and Greg Nicotero (special FX artist on The Walking Dead). Attendees will also be offered free make-up touch ups by a top Hollywood special FX make-up team throughout the convention. Courtyard’s space will be home to live fan chats with top Comic-Con stars. Fast passes to skip the lines will be available to Marriott Rewards members.

Paramount Pictures is bring the Turtles to SDCC! The Turtle Lair Lounge will allow fans to watch the film’s trailer, have their photo taken in a custom branded photo booth & receive a TMNT souvenir photo to take home! Guests will also have the opportunity to participate in the Teenage Mutant Ninja Turtles /Pizza Hut interactive game. Be on the lookout for flying foam pizzas and complimentary slices from Pizza Hut. 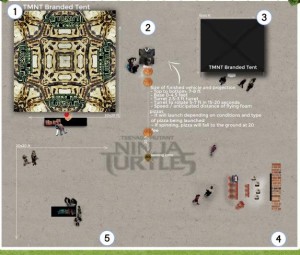 Sin City: A Dame to Kill For is headed to SDCC in a very flashy manner. The film is bringing an amazing car exhibit to the zone featuring six cars from the film. The classic cars fans will see on site are a 1985 Dodge Diplomat, a 1955 Chevrolet Bel Air, a 1960 Chevy Corvette, a 1985 Cadillac El Dorado, a 1964 1/2 Ford Mustang Convertible, and a 1949 Cadillac Sedanette. There will also be a Sin City style photo booth as well as giveaways. Fans will have the chance to win Sin City branded t-shirts, poker chips, playing cards, and books. Screens will be set up for viewing the films trailer and other film content with a DJ on hand providing Sin City music. A green screen is set to be on site for fans to photograph themselves into the movie! Surrounding the exhibit will be a wall featuring local street graffiti artists.

Fans can be reintroduced to the Headless Horseman with the Sleepy Hollow covered bridge! Before entering, there will be a 7 foot tall Headless Horseman on hand for fans to take photographs with. Fans will have their photo taken in front of a green screen and then don an Oculus Rift headset. Fans will be transported into the world of Sleepy Hollow where they receive an ominous warning from Ichabod Crane and then have a terrifying encounter with the Headless Horseman. Participants will receive a personalized, souvenir image to share across their social media pages.

The EAT LIKE THE BOXTROLLS food truck will be present Friday and Saturday inviting guests to sample grasshopper kabobs, chocolate dipped chapulines (small Mexican grasshoppers seasoned with chile and lime), waxworm flan, and small ground beef tacos for the less adventurous. Buttons, lollipops and activity sheets for children will also be passed out at the space. The food truck will be on hand Friday and Saturday from 2pm until 4pm.

Multiple challenges will force guests to crawl, slide, and sing their way to get through this giant castle. Next to the Fun House is the Meatwad Full Dome Experience, which will guide guests on a journey through a mind-fudging interdimensional-space-coaster-love canal. Once successfully out of the Dome or Fun House guests will be able to get free, live screen printed t-shirts, photo opps, and get to watch other participants. Adult Swim will also be hosting panels and events such as a first look new television series inside the Interactive Zone. Both events are 18+, and require a timed ticket to enter. The Adult Swim activities will be available Thursday through Saturday from 3pm until 10pm.

Very little has been released about this one, but nonetheless, I’m sure it’ll be very exciting! Previously, fans were able to take a photo of themselves as a member of the X-Men team as well as create their own Norton X-Men commercial.

Fans will get to meet Hello Kitty while walking away with free goodies, temporary tattoos and custom nail art!

Attendees will be introduced to Golden Island, the setting for the new Angry Birds game launching in the fall. Enjoy the Island, create a custom Angry Birds Stella t-shirt, get your hair and nails done or take photos with the characters. Angry Birds gaming stations and phone chargers will also be available. It’ll be a great place to just sit and relax!

LEGO Goes Big For Guardians of the Galaxy & SDCC 2014!