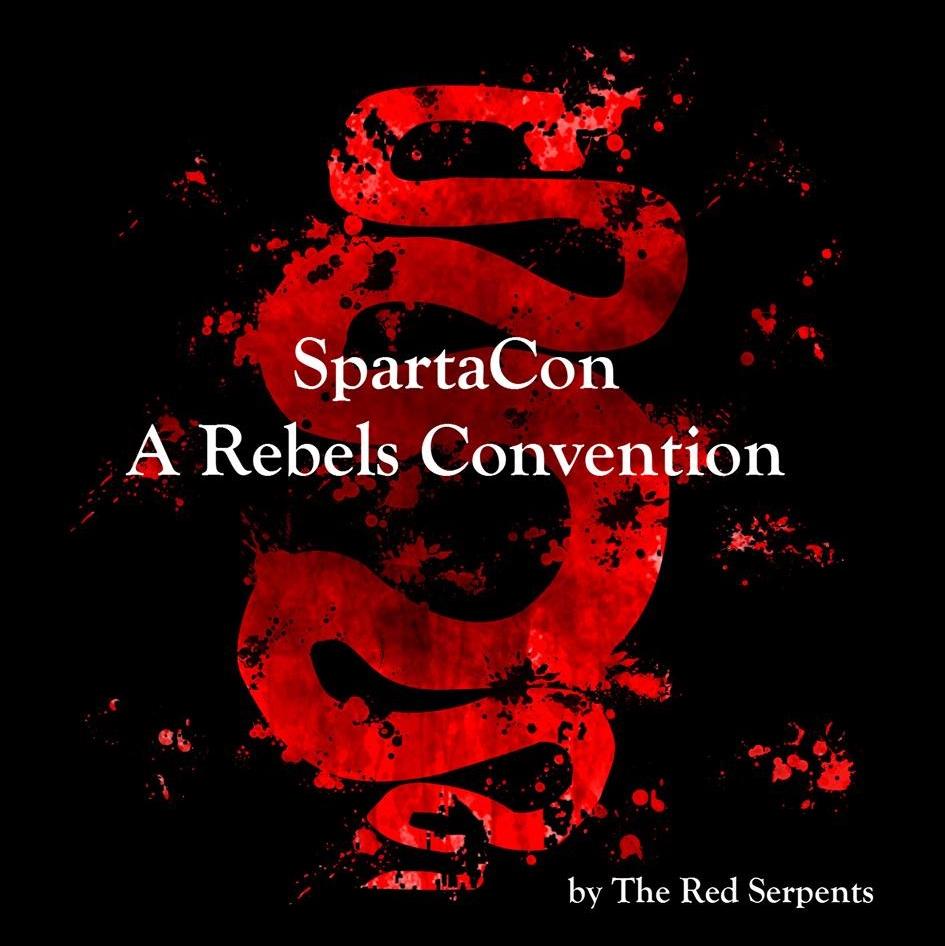 Natasha aka NattyWilly was so excited about this podcast she forgot to introduce herself!

For those that don’t already know, I loved the Starz show “Spartacus” which starred Andy Whitfield as the title character in the first season then Liam McIntyre in the second and third seasons.  The show hooked me and I was sad when the show came to its conclusion in 2013.  Spartacus had a great story to tell of not only him but the other slaves that helped him in his rebellion and the Romans they tried to defeat.  Thanks to the writers and the actors that brought these characters to life, both the Rebels and the Romans had layers to them that was engaging to watch.

Now it’s 2015 and thanks to the group The Red Serpents, we now have a US based convention for the show called SpartaCon. Taking place August 15-16, 2015 at the Blue Crabs Baseball Stadium in Waldorf MD, the convention will bring the Gladiator experience to the fans through training with a stunt group from Washington DC and weaponry demonstrations with some of the stars of the show.  There will of course be opportunities for fans to meet and spend time with some of their favorite characters from the show including Liam McIntyre, Manu Bennett, and Dan Feuerriegel from the Rebels just to name a few!

As a true testament to the show and the eagerness of fans, all of the VIP passes have sold out and this is the first year guys! There are still single day and 2-day passes for those that still want to go, but hurry! Something tells me this convention could get sold out before August.

It was an honor to talk with Meg Snyder, Marketing Director for SpartaCon in this special edition of the podcast TVTalk with The Nerd Element.  A special hello to Red Serpent leader Kelly Montgomery and the other volunteers working diligently organizing the convention.  Take a listen as Meg gives us a really good preview SpartaCon and some of the behind the scenes arranging that’s going on to bring the fans a great convention experience.

As fans of the show, we also discussed who we were most excited to meet as well as reminisce about the show, Andy and some other beloved characters. Since Feuerriegel is one of the main people I want to meet, Meg revealed it was his idea to do a contest to win one of his Meet & Greet passes to SpartaCon.  Yes, he definitely rocks Meg!

Hope you enjoy us discuss the upcoming convention and most of all geek out about the show!

Here is where you can find out more about the convention and to get tickets:   http://www.redserpents.com/.

An impromptu interview with Tweeterhead at SDCC 2015

TVTalk with The Nerd Element Episode 164: Give Me What I Want