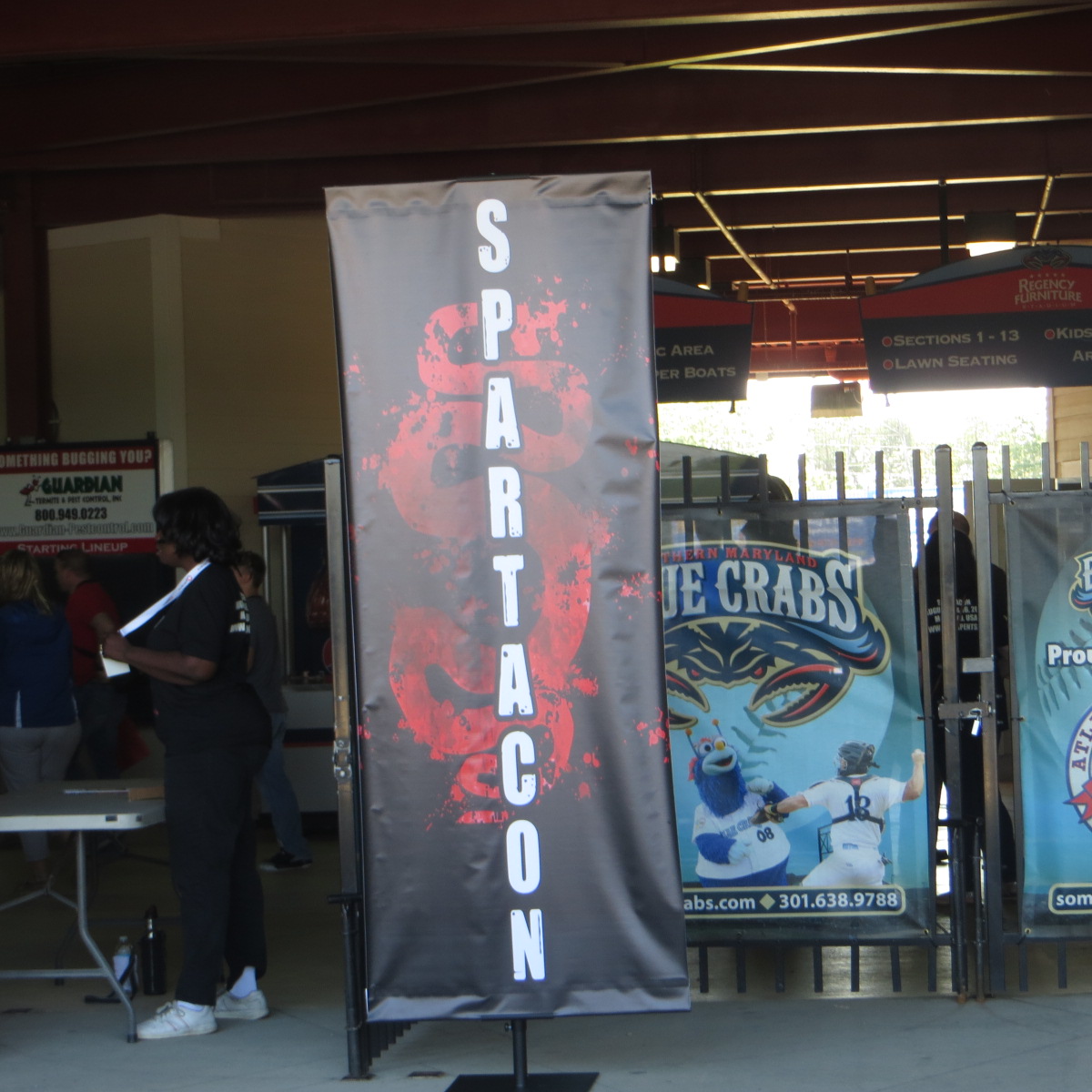 The very first SpartaCon took place on August 15 and 16th  at the Blue Crabs baseball stadium in Waldorf, MD.  As a fan of the show Spartacus there was really no excuse for me not going since I live in Maryland.  I finally got to interact with fellow fans of the show and some of the stars I haven’t had a chance to see at a convention yet!

My SpartaCon journey started Friday when I visited the baseball stadium to get the lay of the land. I ran into some of the DC Stunt Coalition performers as they were leaving after practicing their performances. It felt good to help out just a little set up while catching up with organizers Kelly Montgomery, Meg Snyder and some of the volunteers and security helping out.

The evening jumped off really well by going to the DC Stunt Coalition’s Party.  The gladiators and Romans were dressed to impress. I got to meet Dylan Hintz, fearless leader of the DC Stunt Coalition, and even posed in a few photos with a few of the gladiators including Kelly, Jonathan, and Tim.  Unfortunately I missed the auction to win a gladiator because I wanted to rest up for the Saturday. Darn it! 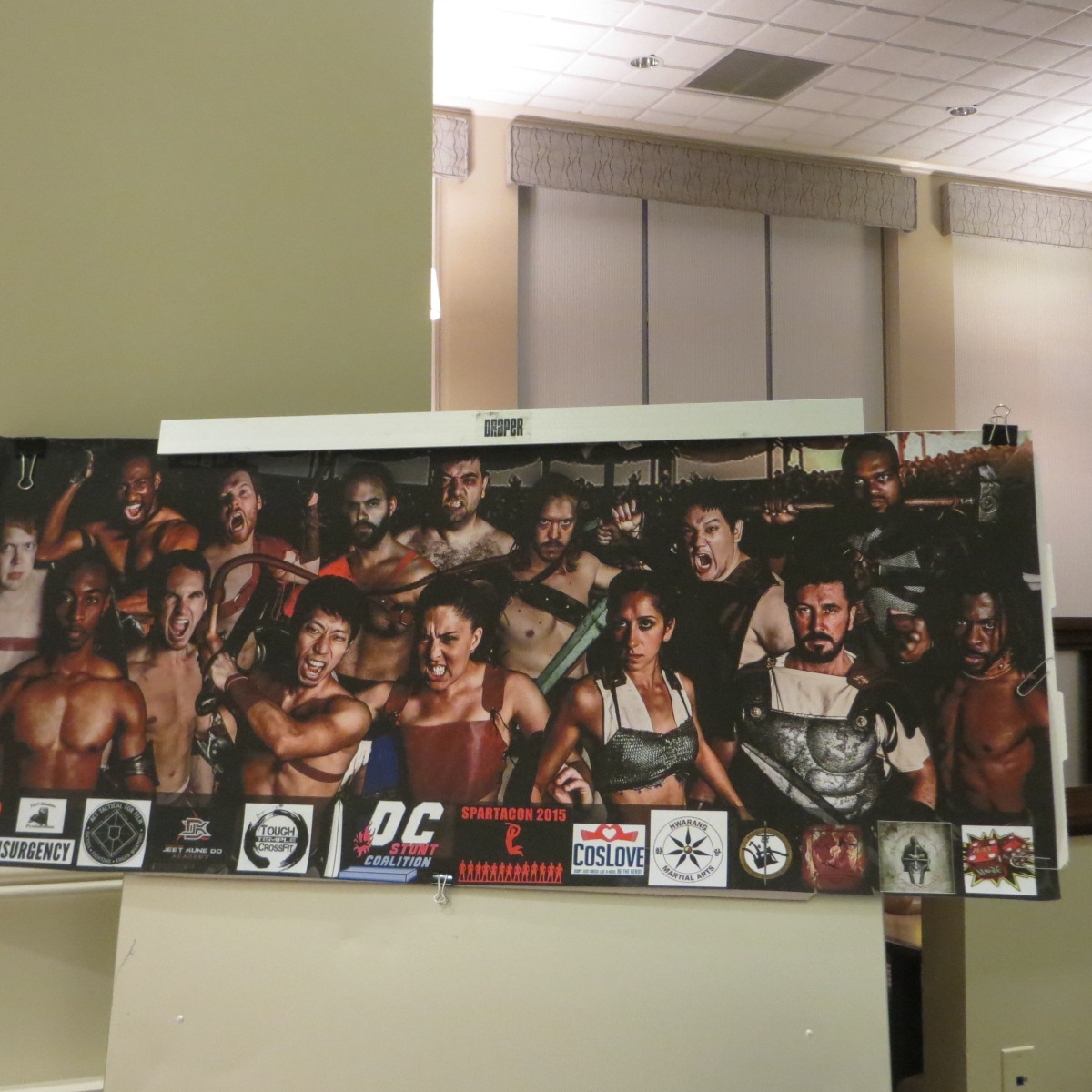 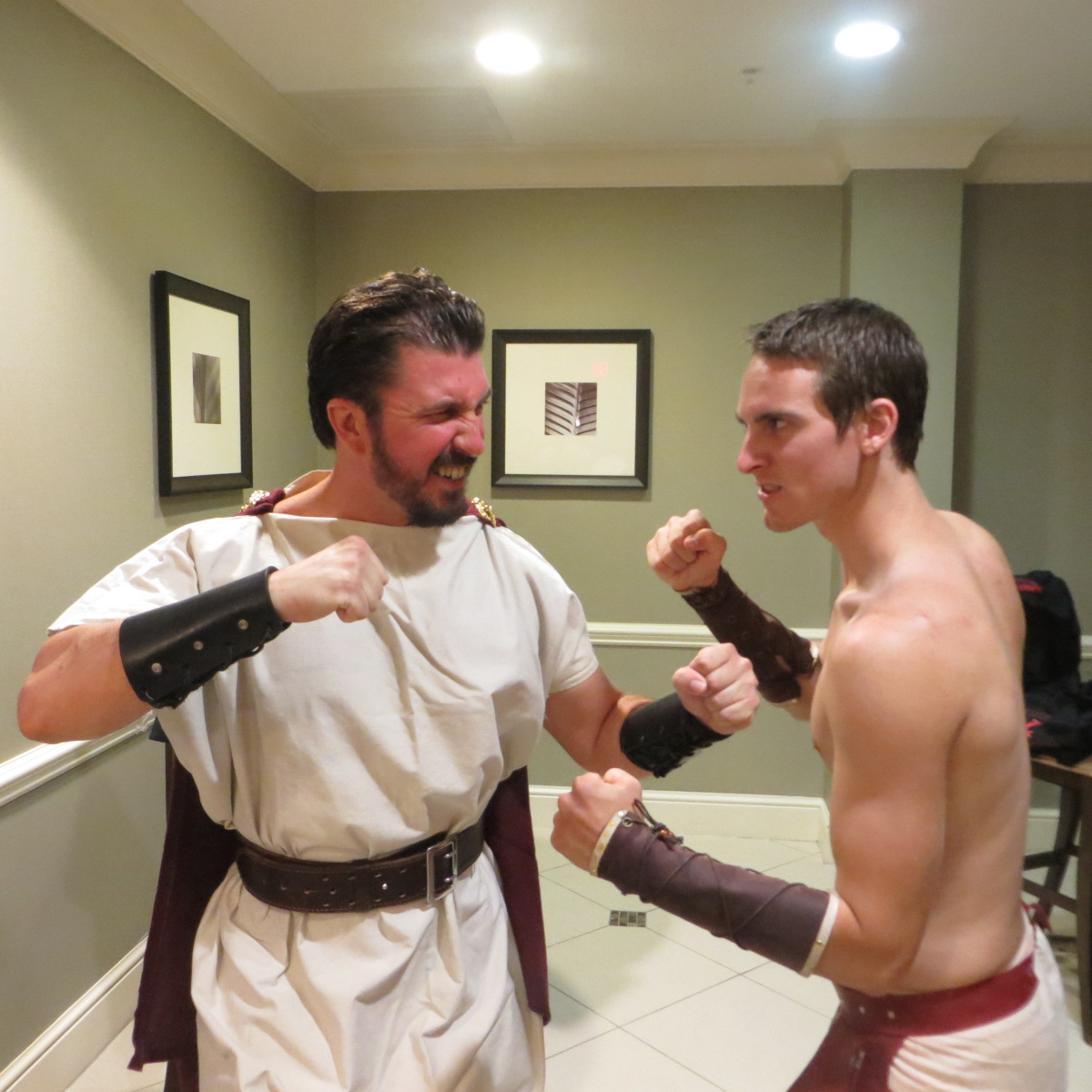 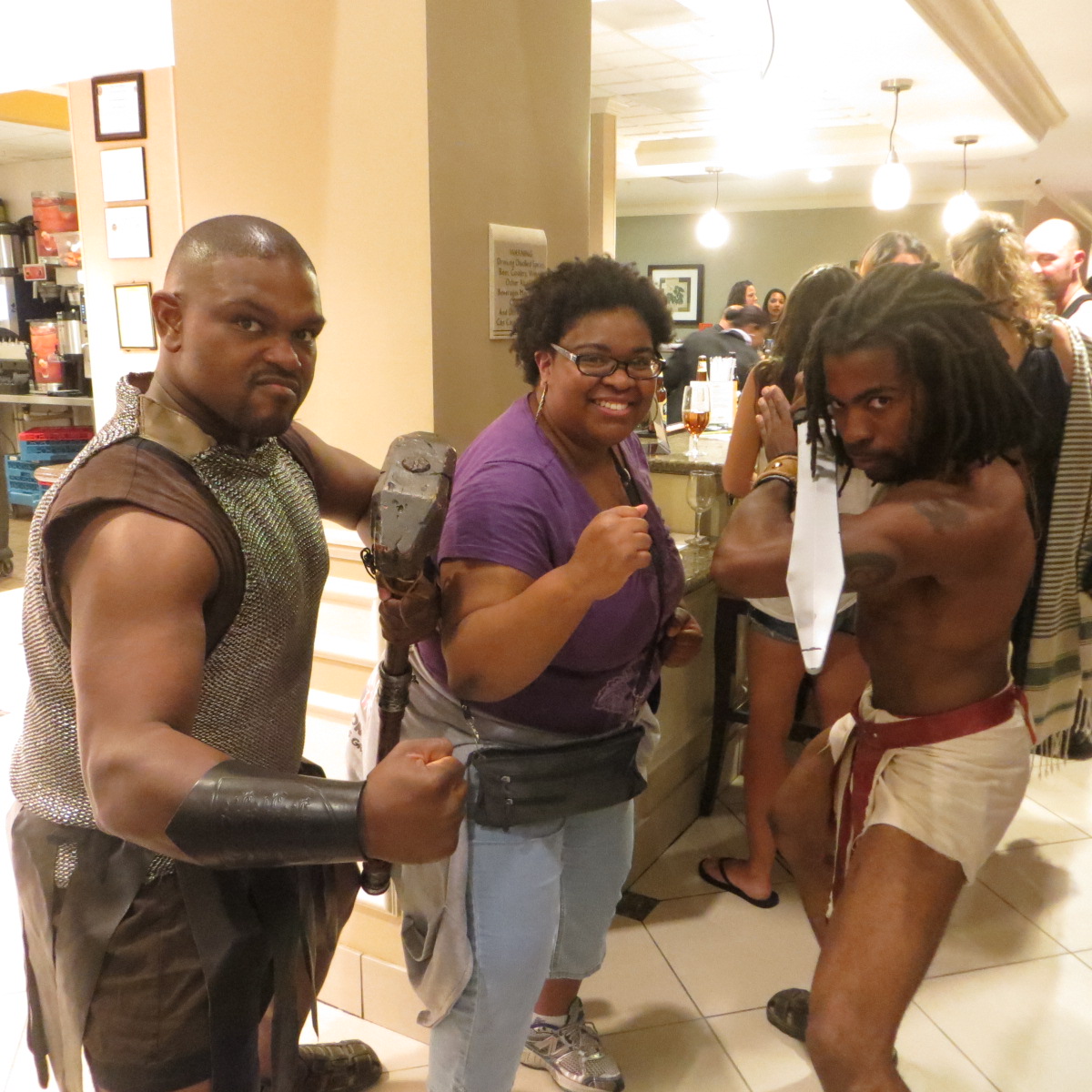 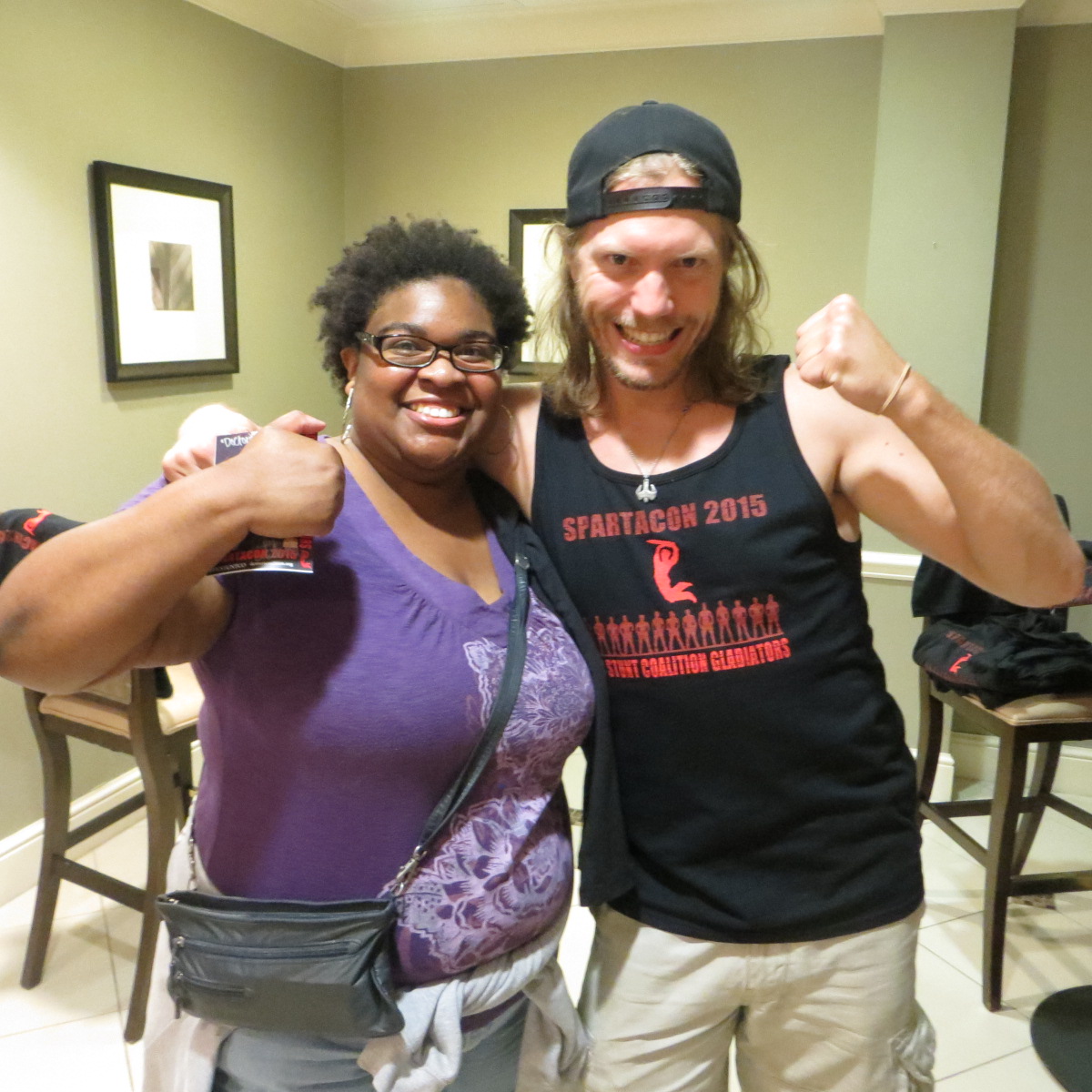 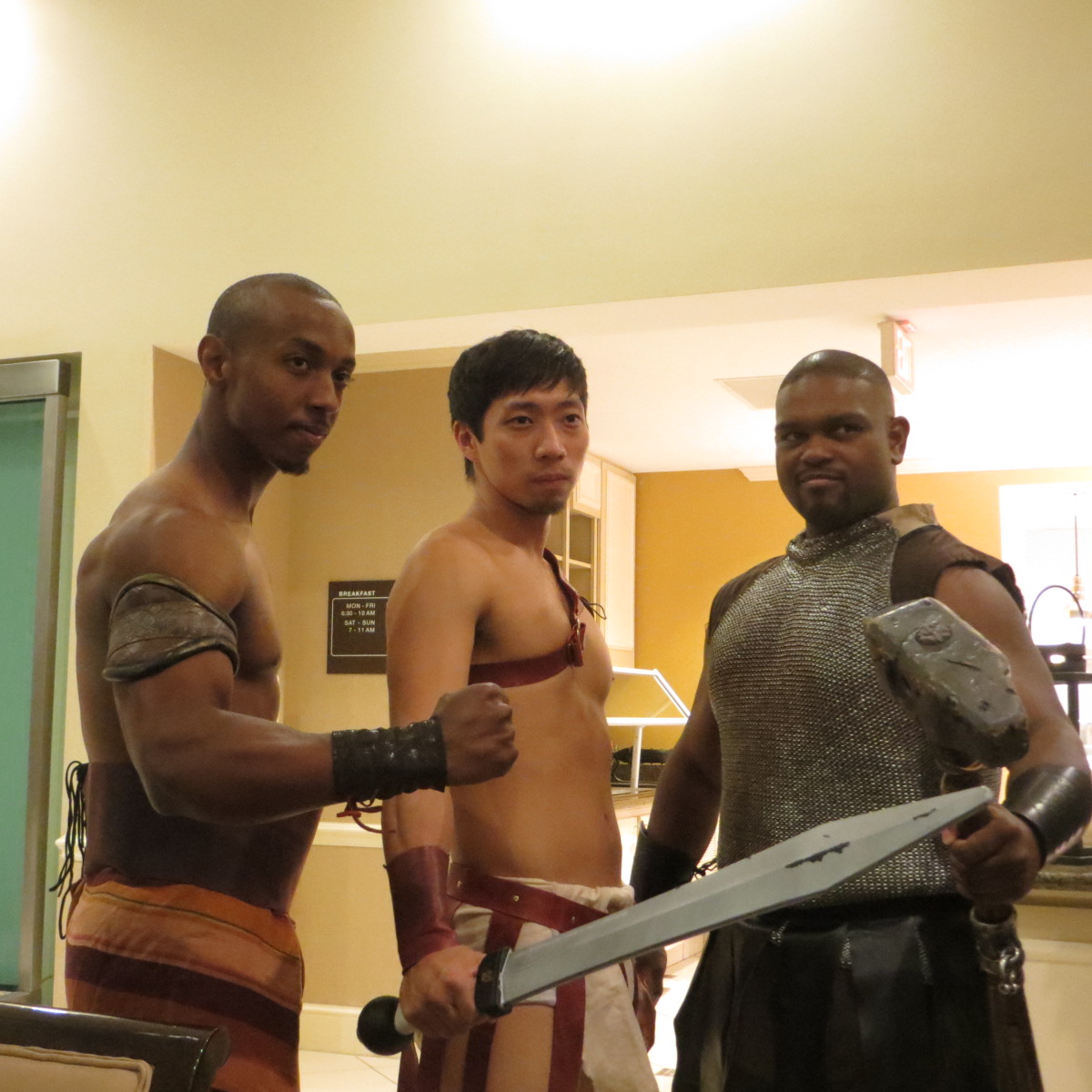 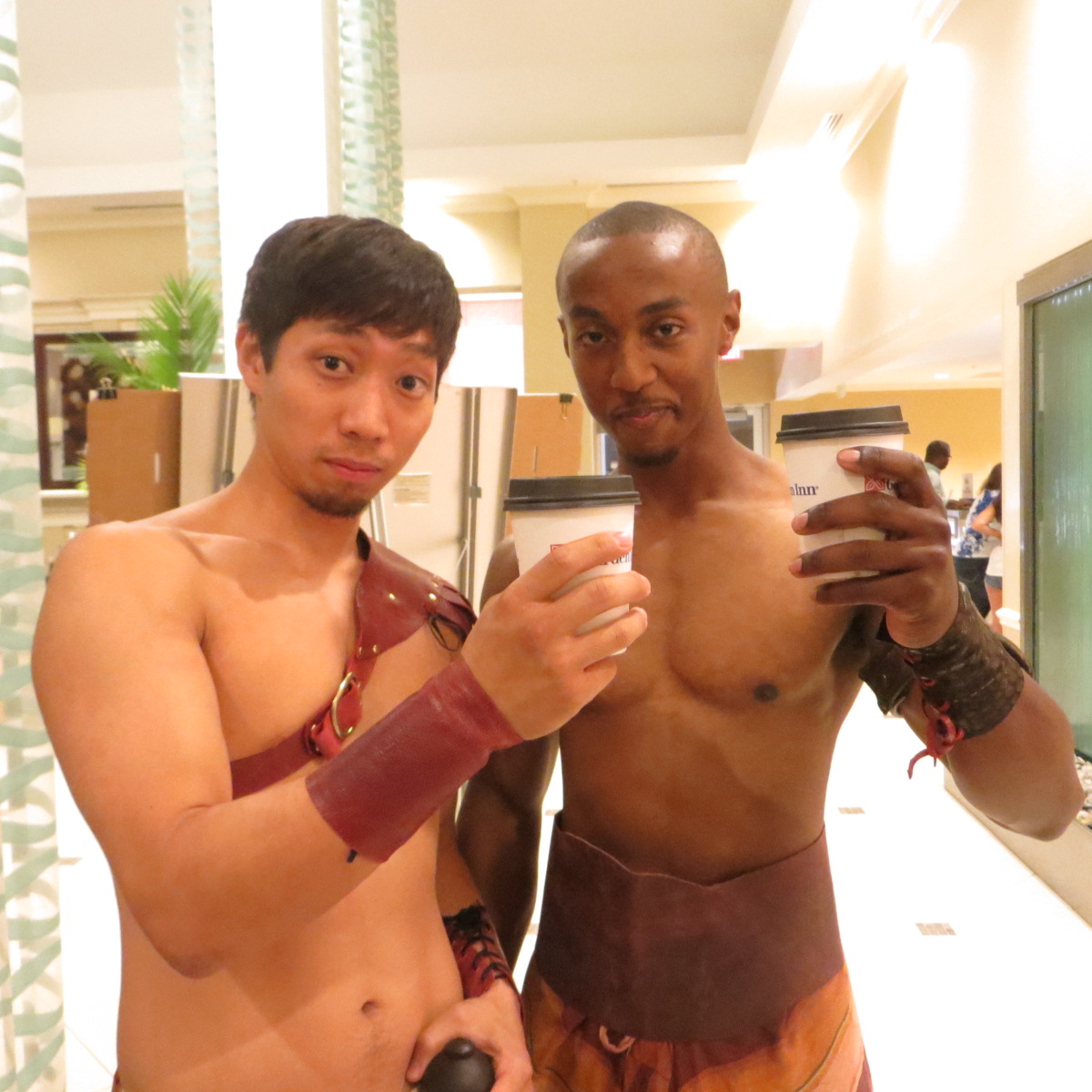 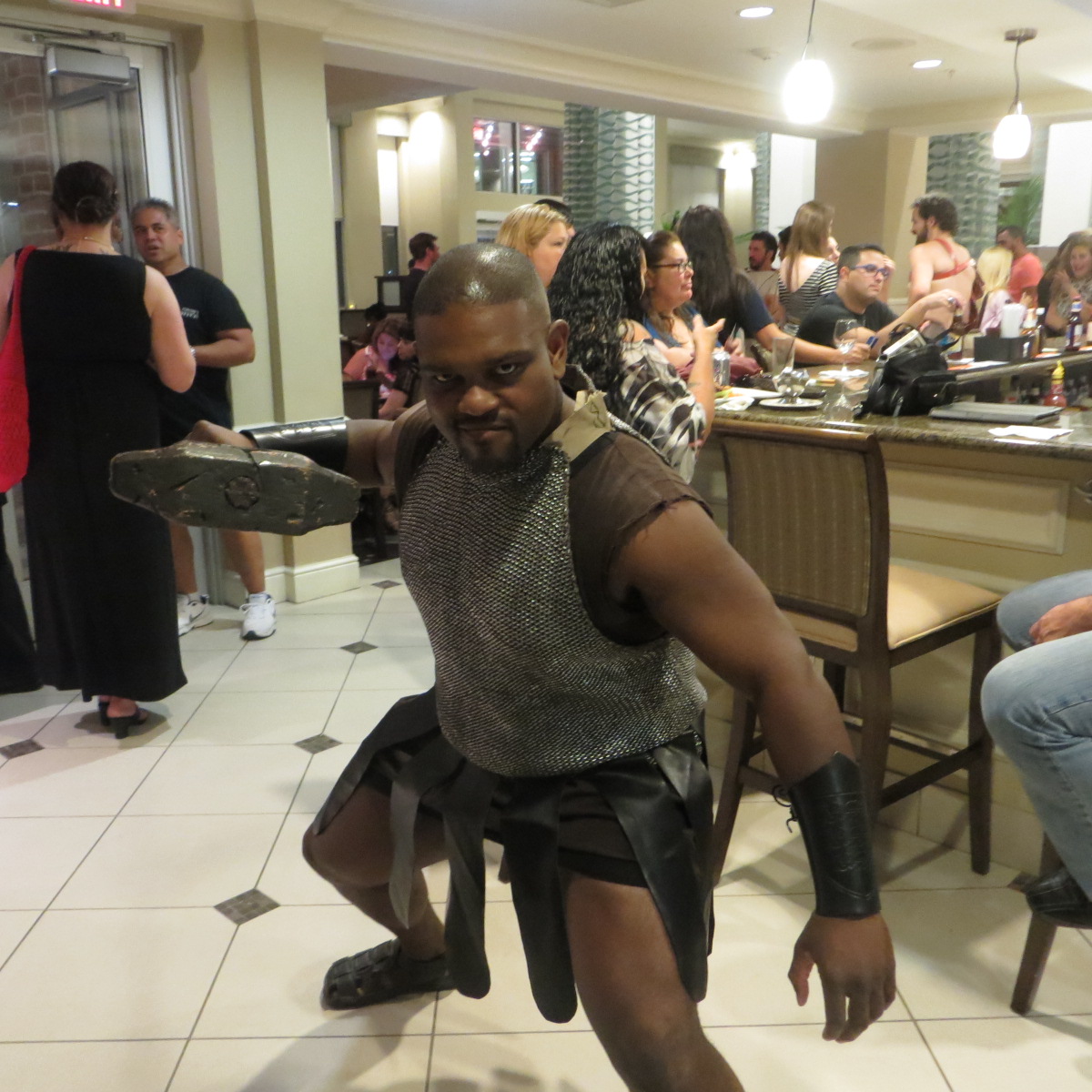 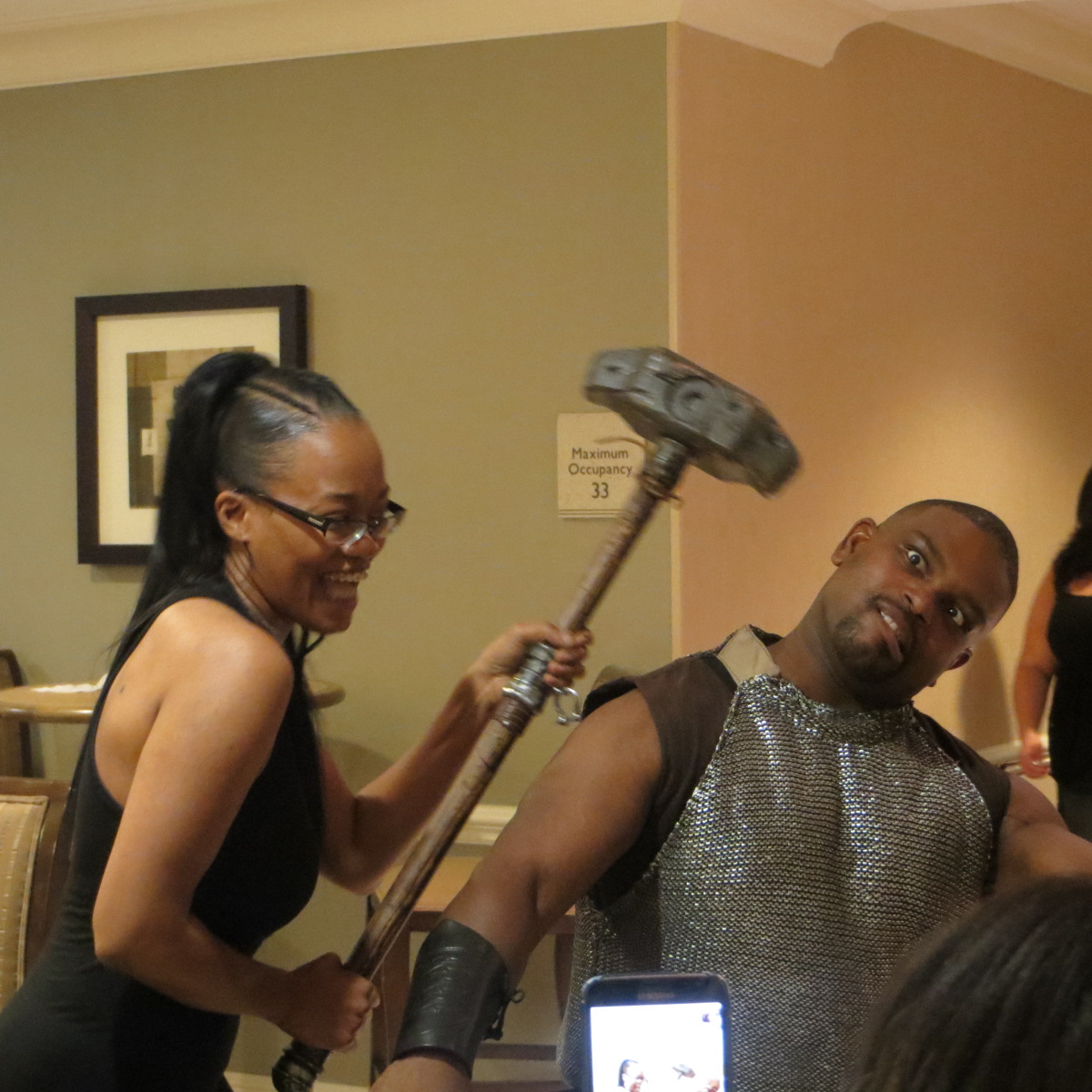 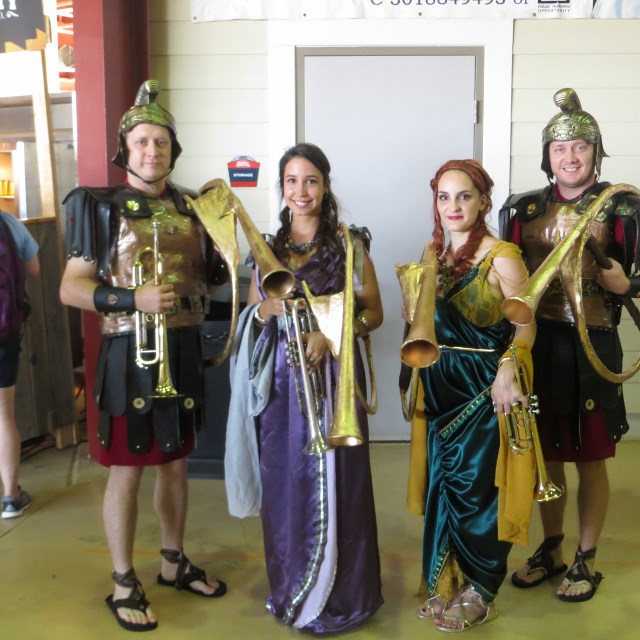 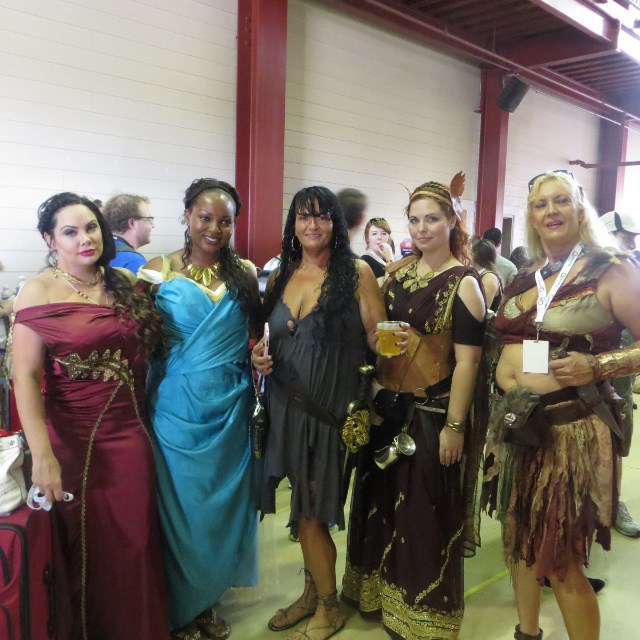 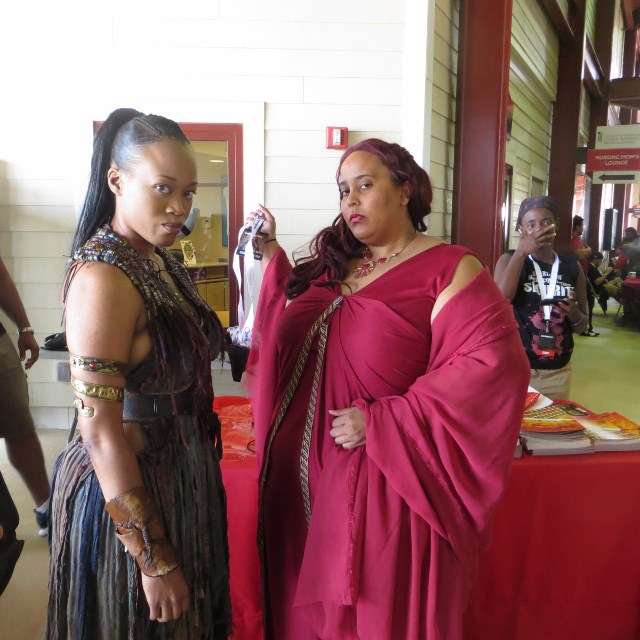 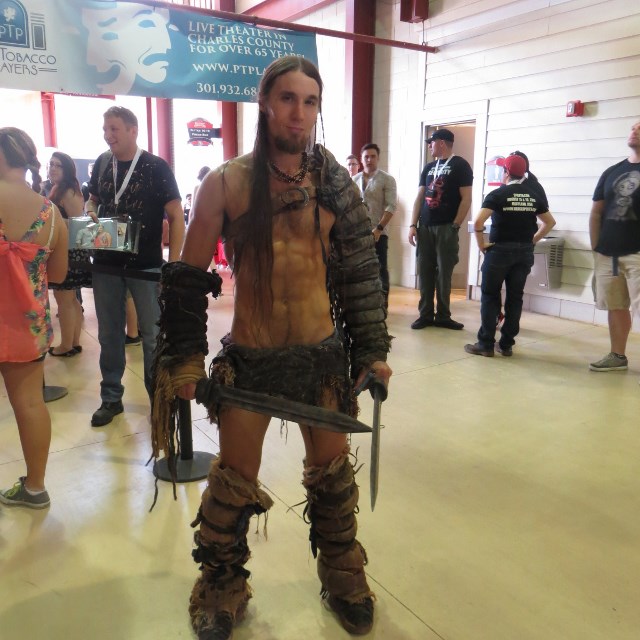 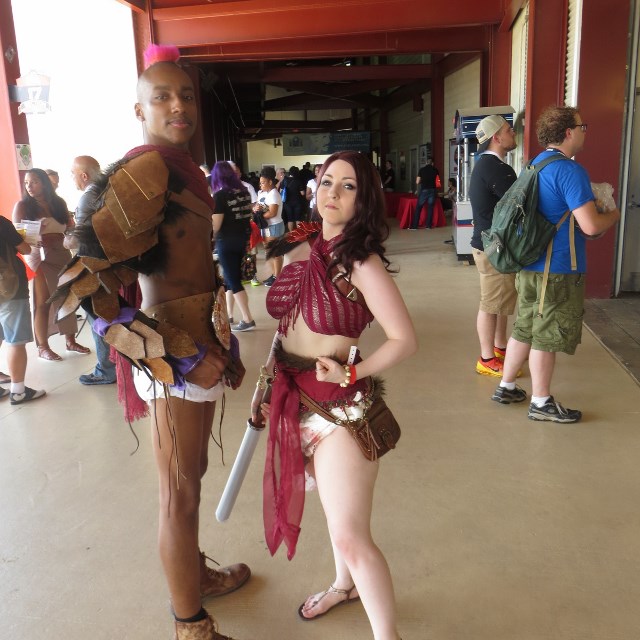 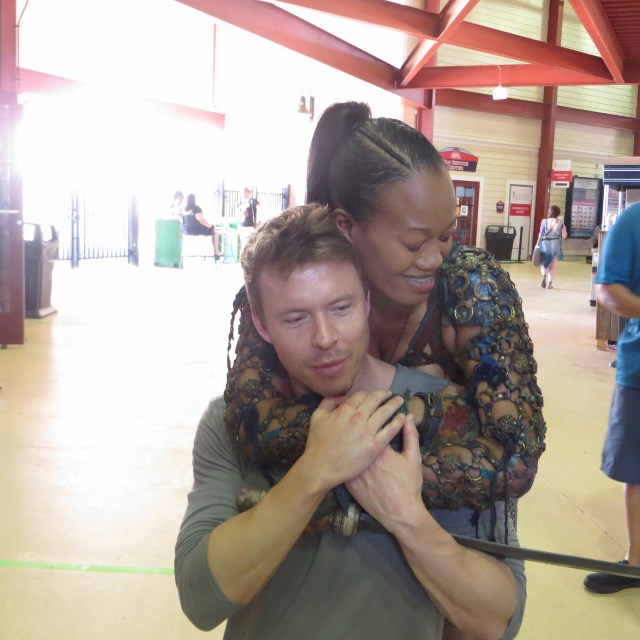 The first day of SpartaCon finally arrived! The Golden Brass got the convention going in right fashion! I got to meet and get signatures and selfies with almost all of the guests that were there! I even got a few brief interviews in, so stay tuned for that!  The one I was most nervous about meeting and fumbling my words was with Dustin Clare but that went okay! Yay! All of the guests were so sweet and engaging that it was a pleasure talking with each and every one of them. I love that Barry Duffield (Lugo) and Dan Feurigguel (Agron) are huggers. It was real cool to know that Stephen Dunlevy (The Egyptian) and I watched some of the same shows when he has time like Falling Skies! The guests took advantage of the baseball stadium and played the game a little in their spare time so it was nice to see them have as much fun at the convention as the fans. 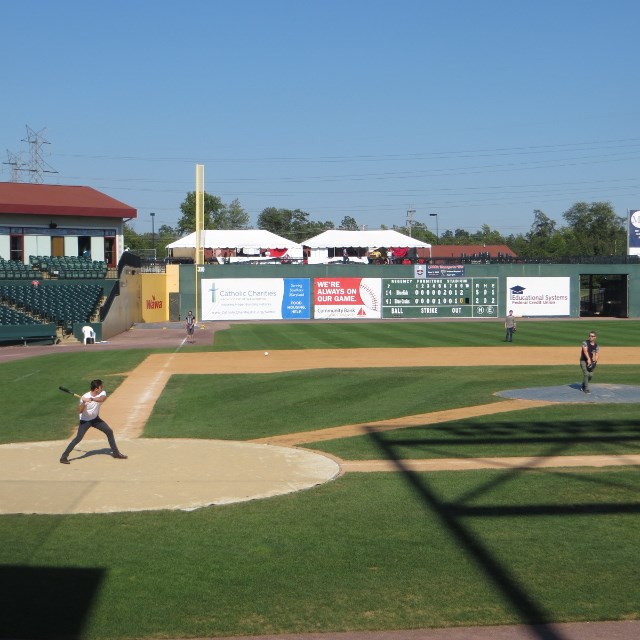 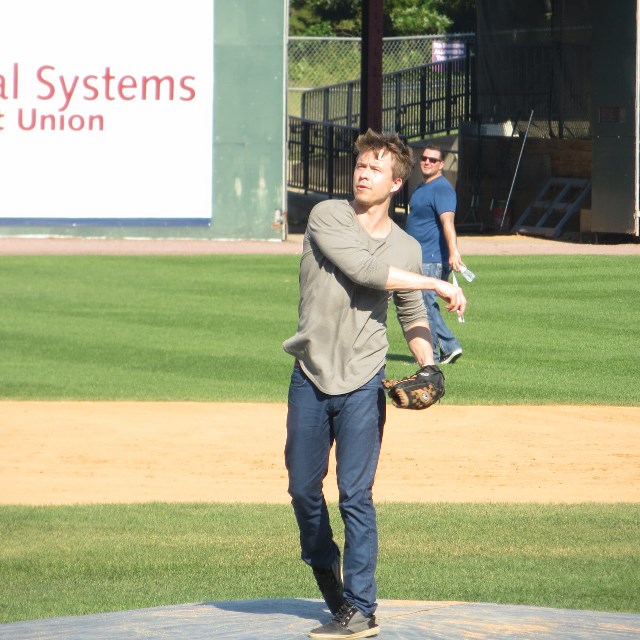 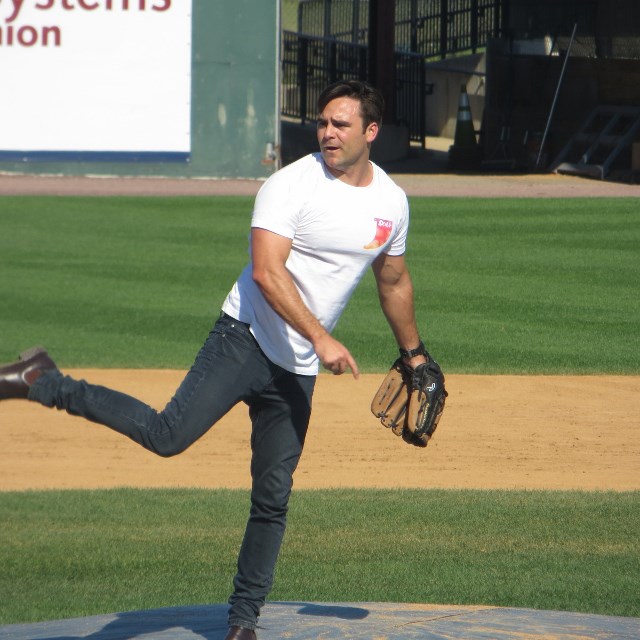 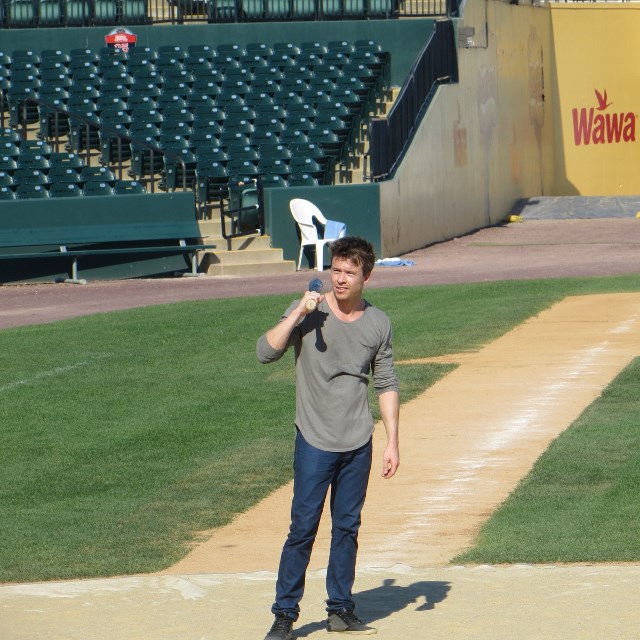 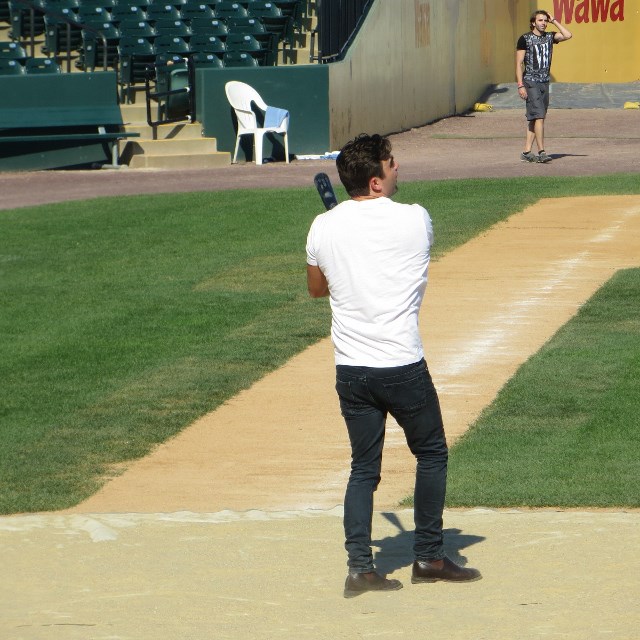 The VIP pass for Dustin Clare was worth it! From meeting him for the autograph and selfie to the meet and greet, and then the Sunday dinner. This was probably the most intimate time that I’ve spent at a convention with a major guest which I appreciated. Those of us with the VIP passes got to ask him questions both at the meet and greet and during dinner. I did manage to ask a few of my interview questions and he gave really cool answers which I will try to paraphrase for you in another article! I also got to do the Dan Feurigguel’s add on meet and greet too on Sunday and it was real interesting hearing his experience in Hollywood so far. He even admitted he’s not read too many DC or Marvel comics. We still love you though Dan! 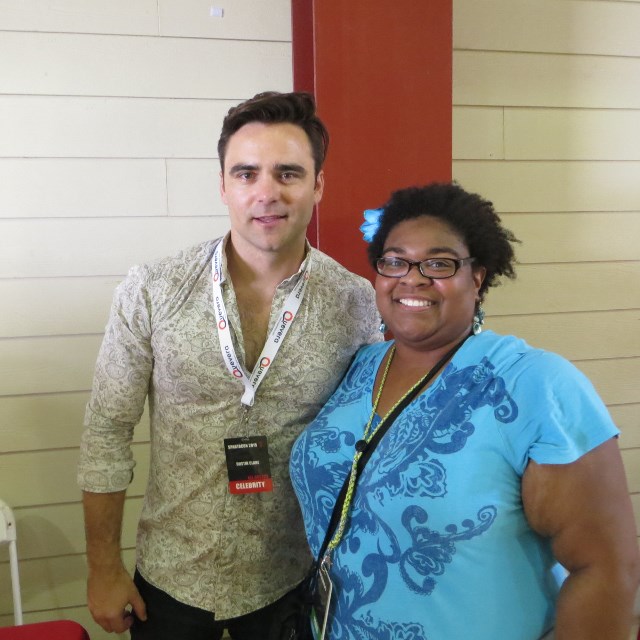 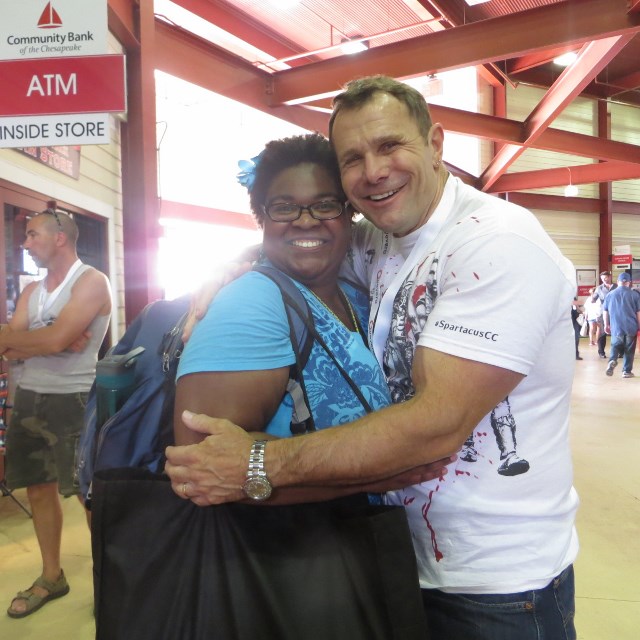 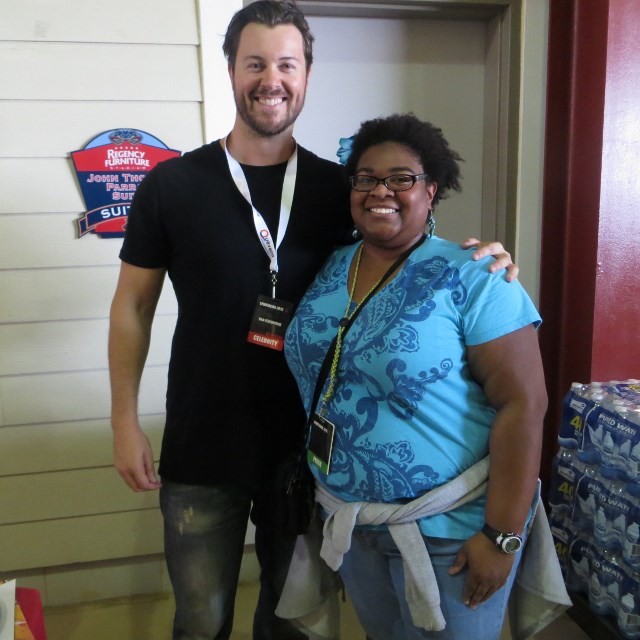 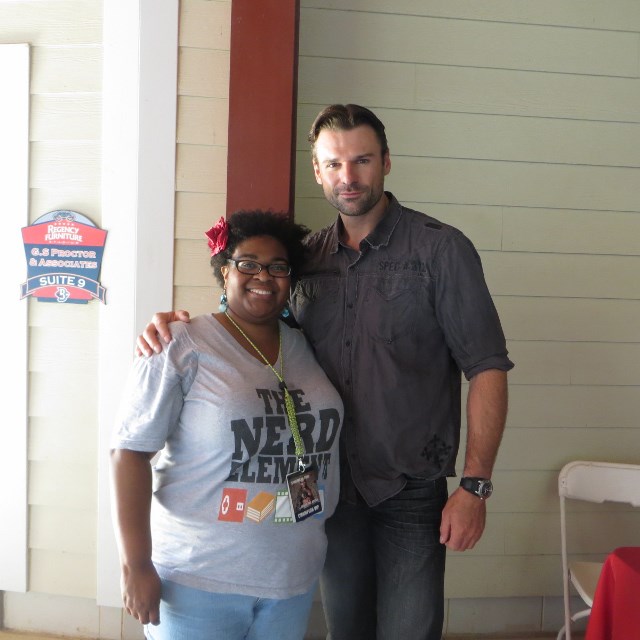 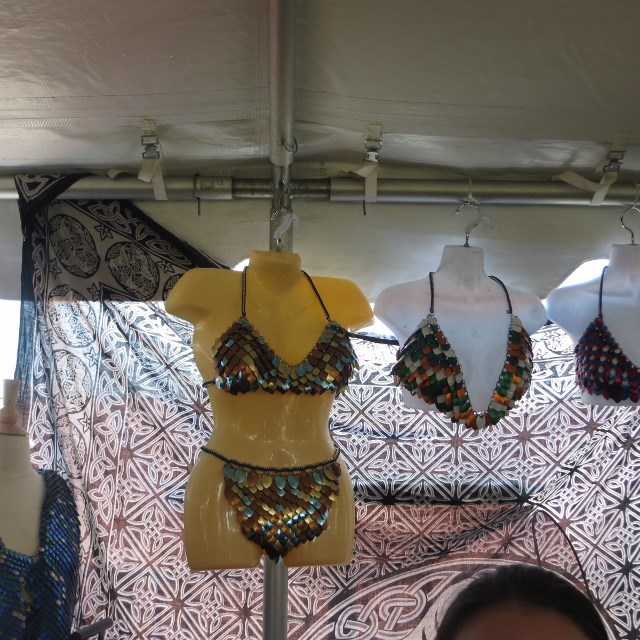 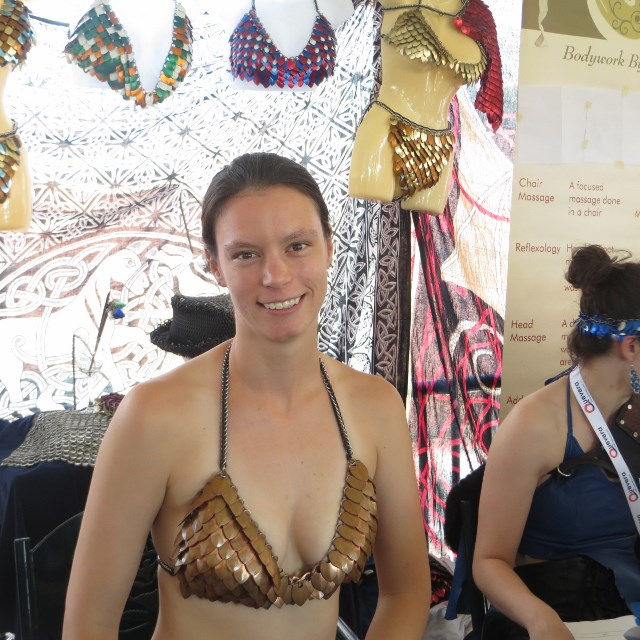 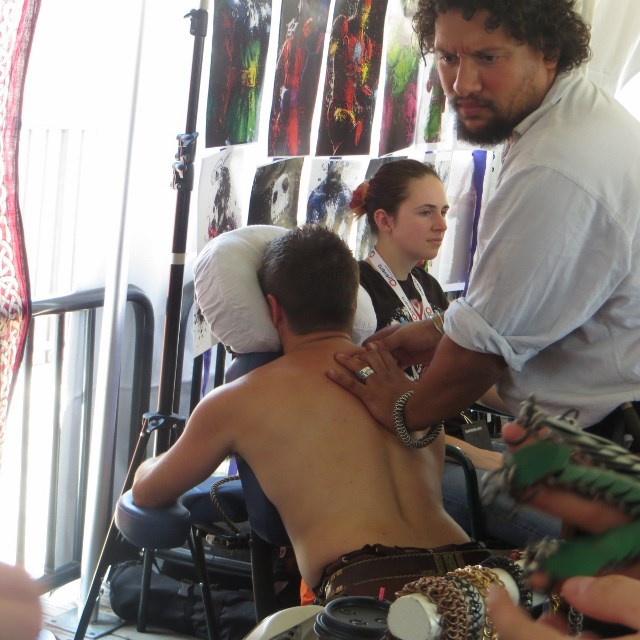 I got a chance to talk to a few vendors including the lovely ladies at the Keith Barch’s Gorgeous Chains table. Right next to them someone was getting a massage. I hope some of the guests and DC Stunt Coalition took advantage. I also talked briefly with author Kristin Sedorsky, who has a series out now called The Immortals Gladiators. From the description I’ve added the series to my “to read” list!  I also got cool artwork from XCT comics! There was a Spartacus board game that I regret not checking out. Here is a list of some of the vendors and their websites/contact:

Spartacus: A Game of Blood and Treachery:

The full list of vendors that were at SpartaCon is here:  http://www.redserpents.com/vendors—artists.html

There’s more that happened at SpartaCon!   Check out My SpartaCon Weekend Part II