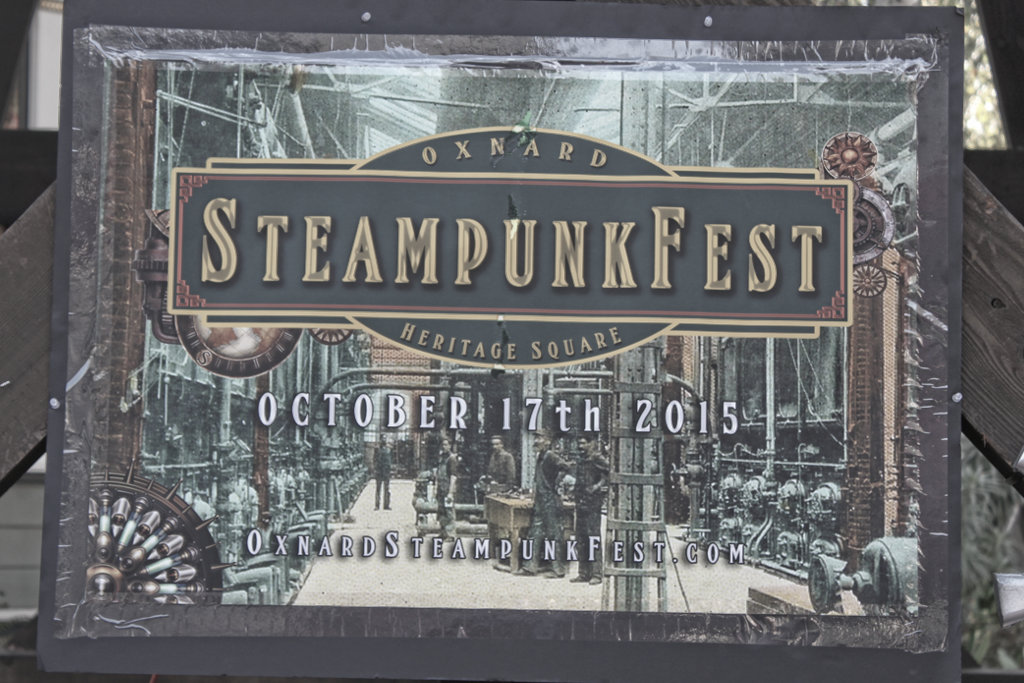 What if I were to tell you that there is a place where the works of Jules Verne are the order of the day?

It is a place where sci-fi and fantasy meet, forming fantastical machines covered in gears, gushing steam from coal powered engines. It is a place where helium filled airships float over the horizon, puttering propellers churning through thick smoke laden air. It is a place where the industrial revolution is alive and well, where crackpots and inventors, like Nikola Tesla, are still discovering such novelties as electricity. Men there wear top hats and tails, and the women are festooned with Victorian era corsets and bustles. Goggles are de rigueur. 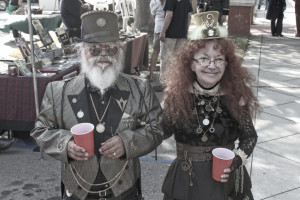 This place has lived in the minds of dreamers for decades. But for one day, it was a reality.

This is the land of Steampunk.

Fans of steampunk from miles around dusted off their goggles and parasols and gathered at the square for music and entertainment. 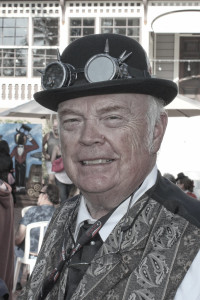 If you have never heard of steampunk before, you are not alone. For many, this was an educational experience.

Basically, it is a sub-genre of science fiction. It is set in, and around, the Victorian era. However, it’s filled with anachronisms. Probably the easiest way to describe it would be to take a Jules Verne novel, and give the characters futuristic weapons and tools, a steam powered jet pack perhaps. Think ‘Around the World in Eighty Days’, but instead of a hot air balloon, they ride in style in a helium-filled zeppelin with coal burning engines.

Most of these things may sound like a bunch of poppycock to the unfamiliar, but that is exactly the point. This is a world where the only limits are the farthest reaches of imagination, or the rarity of electricity. 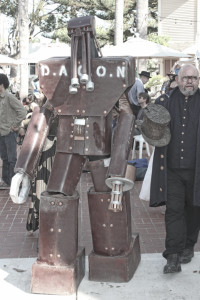 Being the first year the event has been held, the organizers couldn’t have picked a better location. Heritage Square is a city block of historic Craftsman and Victorian style homes that have been moved from various locations around Oxnard. The festival even began with the Steamy Tweed Ride to SteampunkFest, a bicycle ride through the historic district of Oxnard, including the idyllic F Street. The call went out to all dapper ladies and gentleman to join.

Upon arrival at the square, there were bands playing music, a puppet show, belly dancing, a theater screening free movies, parasol dueling, as well as vendors hawking their wares. VIP guests were treated to an introduction to steampunk for the uninitiated, a fashion show, access into the Aristocrat Lounge, beer tasting, and goggle and hat-making lessons. Even the restaurant located in the square, La Dolce Vita adapted their menu to more steampunk-centric fare. 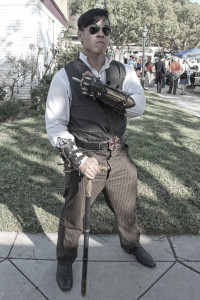 Overall, the event was a success. The guests, many of them having arrived in costume, all seemed to be enjoying themselves. Many were already making plans for the next year.

It looks like Oxnard may have another event to add to its annual calendar.

TVTalk with The Nerd Element Ep 98: The “M” Word