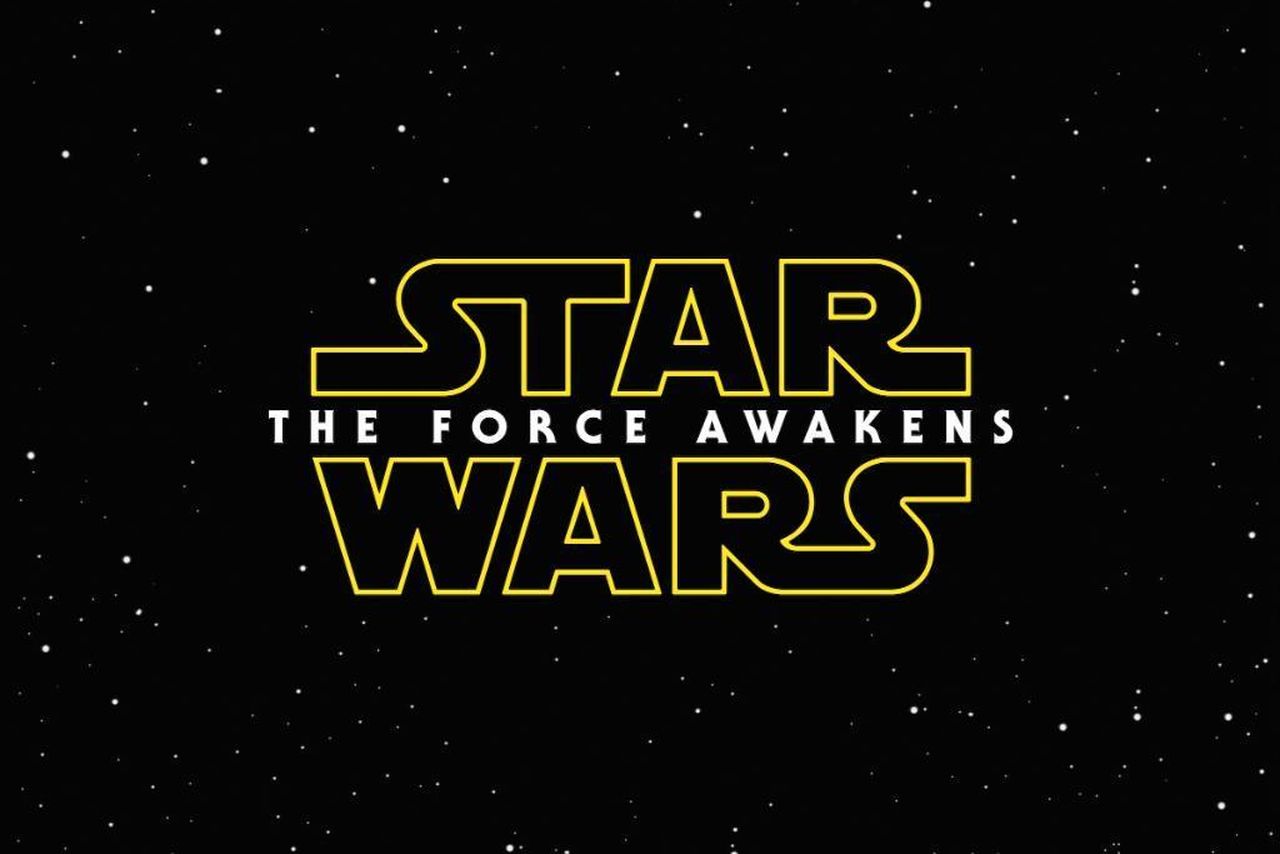 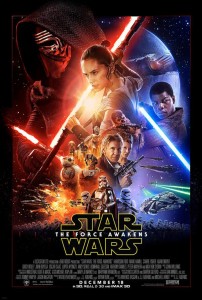 The following contains mild spoilers for Star Wars: The Force Awakens, as well as regular ol’ spoilers for the preceding films in the series, especially the original Star Wars.

One of the benefits of being the age I am is that I was 13 years old when the original Star Wars (SW) came out. I turned 13 a few days before the original’s release date of May 25, 1977; I was already an avid film lover (and budding film snob), and I was a voracious reader of all things science fiction, fantasy, and horror. While the horror component didn’t necessarily apply to SW—unless you count the various sharp-toothed beasties throughout the original trilogy, or the sequence on Dagobah in The Empire Strikes Back (1980) (ESB) where Luke confronts the Dark Side in the forest—the film hit me in that science fiction/fantasy* sweet spot, and it hit me hard.

I’ve seen SW countless times since, including six times in theaters when I was 13, which is no mean feat when you can’t drive yourself places; I literally lost count somewhere in the 230’s as I grew up and other things occupied my mind. I’ve seen ESB fewer times, and Return of the Jedi (1983) even fewer because Ewoks, and I can still count on two hands how many times I’ve seen the prequels. Despite finding ESB to be a superior film to SW, I always go back to the original for that sense of wonder, fun, and hero-worship.

Visually, SW blew my mind. From the opening shot of the Imperial Star Destroyer blotting out the other images on the screen (echoed in a shot of a Destroyer obscuring a large planet in the new film), through the many alien species, blasters, and lightsabers (!!!), to the destruction of the Death Star and the subsequent bestowing of medals on our heroes in a grand ceremony—where I anxiously awaited seeing R2-D2, whose fate I was heavily invested in because he became my favorite character after a few minutes of screentime—I was spellbound.

Then there was my new role model: Leia Organa (Carrie Fisher), a princess who didn’t need a prince to save her, even if she did let men help her out. Intelligent and feisty, she had no trouble grabbing a blaster or withstanding Darth Vader’s (David Prowse/James Earl Jones) attempts to extract information about the Rebellion from her. Her fate was always her own, as was her choice of love interest. Luke Skywalker (Mark Hamill) and Han Solo (Harrison Ford) may have bickered over her—until the whole Luke-and-Leia twin retcon, at least—but she was the one who chose. That she turned out to also have Force powers was a bonus; that we didn’t ever get to see her use them, except to telepathically communicate with Luke, sort of, was a bit of a letdown.

Now, with the release of Star Wars: The Force Awakens (TFA), Leia’s Jedi promise is getting fulfilled, hopefully, in the character of Rey (Daisy Ridley), a young woman living as a scavenger on the hostile planet of Jakku, who gets involved with the current political fight between the Republic and the First Order, which is led by Vader-loving Kylo Ren (Adam Driver) and normal-human General Hux (Domhnall Gleeson). Kylo wants to be the Vaderiest Vader who ever Vadered, while Hux seems content to bypass Grand Moff Tarkin-dom and move straight to being Hitler (the First Reich imagery and speechifying is the least subtle thing in the entire series).

In the meantime, the Resistance (TFA’s version of the original’s Rebellion) is desperately searching for the now-missing Luke, who’s withdrawn from public life because his training of Kylo was an abject failure. Kylo, like Anakin Skywalker before him, has slaughtered every Jedi he could find and intends to wipe them out completely by finishing off Luke once and for all. Both sides race to find the map to Luke’s whereabouts, which is hidden in cute roly-poly droid BB-8 (aided by “voice consultants” Bill Hader and Ben Schwartz). BB-8’s owner, Poe Dameron (Oscar Isaac), stores the vital intel inside BB-8 because Kylo and Hux’s forces have landed on Jakku. BB-8 is instructed to hide out, and later is rescued from another scavenger by Rey, who among her many attributes, understands astromech language.

We also get introduced to FN-2187 (Attack the Block’s John Boyega), a Stormtrooper in the First Order making his battle debut and failing miserably because he can’t bring himself to kill innocent villagers; in fact, he doesn’t seem to like the sight of blood, period. He gets christened Finn by Poe, who he helps to escape from the First Order’s clutches, and a permanent friendship is born. Rey becomes his second friend; both treat Finn like an individual versus a faceless Stormtrooper, earning his undying loyalty. Finn’s like a big puppy that way.

After establishing the new characters firmly—albeit, in Poe’s and Captain Phasma’s (Gwendoline Christie) cases, a little too briefly—director J. J. Abrams brings in our old favorites little by little. It’s a tribute to his direction and the film’s script, written by Lawrence Kasdan (Co-writer of ESB and RotJ and Co-writer of the upcoming Han Solo anthology film), Abrams, and Michael Arndt, that new characters are not overshadowed by the returning favorites, although to be honest, Ford steals every scene he’s in as a wiser, but not slower, Han Solo.

Much hay was made this weekend by folks claiming the plot of TFA mirrors SW too much, but I didn’t much care because our new Luke Skywalker isn’t the male hero, Finn, or even Poe, but the female hero, Rey. From living on a desert planet to picking up a droid sidekick to being an accomplished pilot—heck, even down to her outfit, which is very reminiscent of Luke’s clothing when we first meet him, and her speeder/bike combo, which looks like it could have been refashioned from Luke’s landspeeder—to nascent Force abilities, Rey is the new Luke, and Abrams setting up the plot to follow her hero’s journey isn’t just a play to make the new SW universe more female friendly, but seemingly to fulfill the promise once proffered by Lucas when he made Leia Luke’s twin and even had Yoda say, “There is another” when talking about possible Jedi heroes left in the galaxy. In fact, I’ll eat my hat if Rey isn’t related in some way to Luke.**

Yes, we’ve seen female Jedis in the prequels, but none were the focus of the narrative the way Rey is. She’s got Luke’s natural affinity for the Force, as well as Leia’s feistiness and independence. During one scene where she and Finn need to escape the First Order, Finn repeatedly takes her hand and Rey repeatedly rejects his assistance, defiantly telling him, “I know how to run!” It’s an interesting dynamic I look forward to experiencing over the rest of the trilogy: The young man who wants to be heroic, but doesn’t even really know himself after years of being conditioned as nothing but a human weapon, and the natural hero, a strong woman who knows how to run and also knows when she needs to stay and fight. I don’t really care if they become romantic partners or stay friends as long as I get to see the relationship grow naturally.

While TFA did not make me feel the exact same sense of wonder SW did, it did make me feel excited to be in this world again in a way the prequels didn’t. I’m not just speaking of all the nostalgic touches Abrams and company throw in as “fan service” (a term I’m not comfortable with in relation to TFA anyway, as the callbacks fit in organically, in my opinion), but the whole idea of throwing out my own nitpicking tendencies to look for plot holes and just go with the flow of the new series. I want to see how Rey and Finn develop; I want to know more about Poe and the Resistance; I want to know what triggered such slavish devotion to the darker part of an ancient religion in Kylo Ren. I definitely want more of Captain Phasma, who basically got Boba Fett’d in this film, but at least has two more films to make some sort of impact (seriously, a female leader of the Stormtroopers is inherently interesting—give us more of her).

Overall, though, I loved TFA to see it twice this past opening weekend, once in 3D and once in 2D, and already have tickets to another screening in IMAX 3D because my friends and I feel the 3D screen we saw it on was too small for its visual majesty—it’s a very good-looking film. I also didn’t think the 3D was necessary, but it did amplify some of the battle sequences. Mostly, though, I can’t wait to see what Lucasfilm and Disney come up with for future entries in the series, and I especially can’t wait for Episode VIII (as yet untitled), which will be directed by Rian Johnson of Brick and Looper fame, because he’s a very self-assured director.

*Yes, I know hardcore SF folks don’t consider SW to be any sort of science fiction, but I disagree. That distinction didn’t matter to 13-year-old me and doesn’t now, either.

**“My hat” in this case being made of chocolate.

Thanks for commenting! How many times have you seen it since opening weekend?

I’ve only seen the movie once. I wouldn’t mind seeing it again but squeezing it into my work schedule is tough.