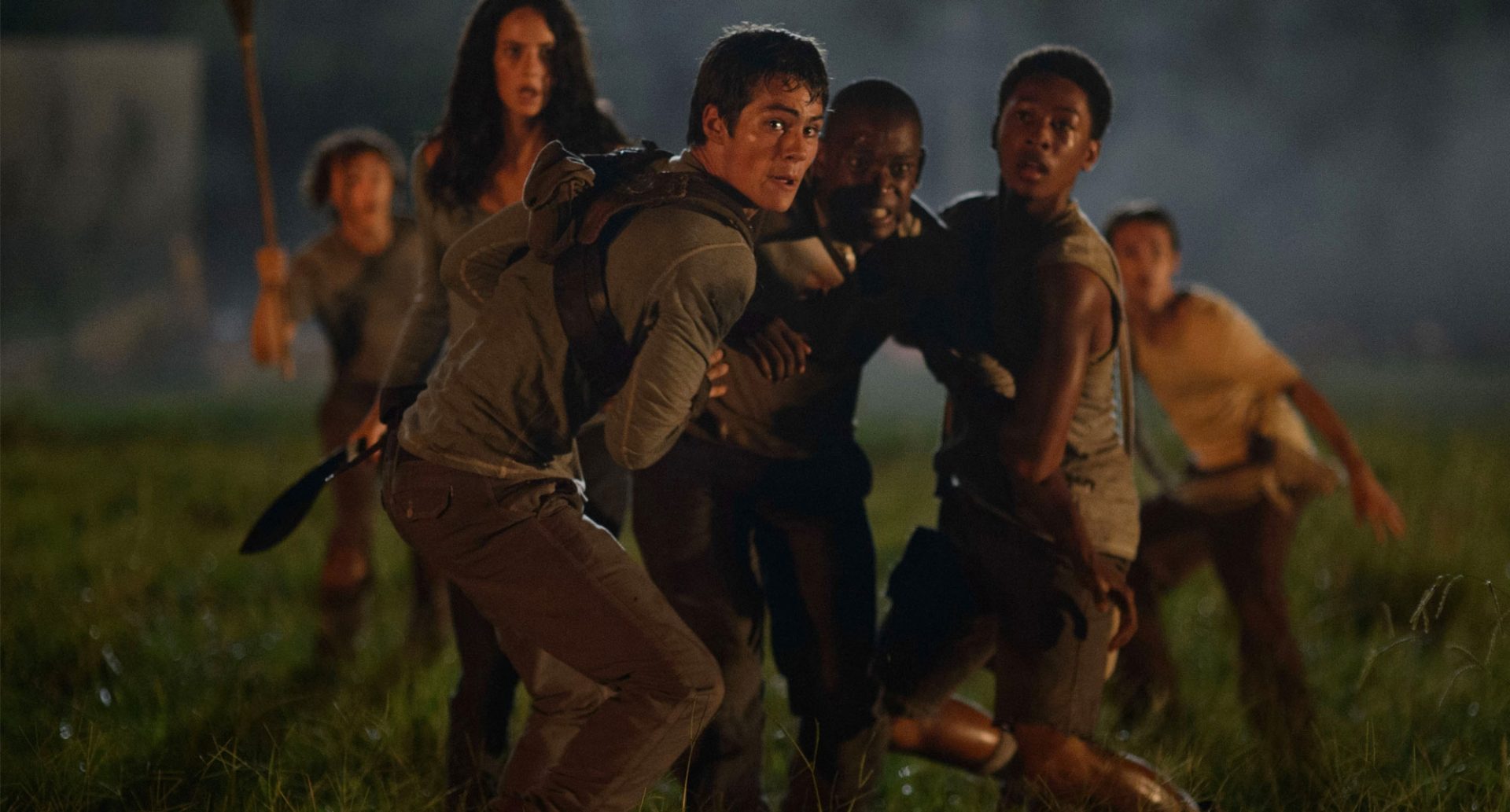 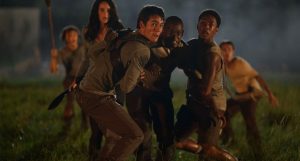 I first heard about The Maze Runner when it was announced that Teen Wolf star Dylan O’Brien would be playing the lead, Thomas early last year. The movie is based on a YA post-apocalyptic novel written by James Dashner and is part of a 4-part series. As more of the cast was announced such as Aml Ameen, Will Poulter, Thomas Sangster, and Ki-Hong Lee I knew I had to see this movie even more. Director Wes Ball really got lucky with the actors he got to play these characters. I sped through reading the series (except for the prequel), waiting in anticipation for this movie to premiere. I enjoyed the series very much as it was fast-paced and I cared very much for the characters. The movie changed several things from the book, which was to be expected.

The movie starts with main protagonist Thomas coming up on an elevator confused and disoriented about where he is. Thomas has no memory of how he got there or his past. Like Thomas all of the boys came up out of the “Box” with no memories but eventually remember their names.  He is introduced to the rules and regulations of the “Glade” by Alby (Ameen), the leader of the boys. The rules are simple:

The “Gladers” have been trying to figure out a way out of the maze surrounding their area for three years and have created a community with each other.  A severer punishment for breaking a rule like harming another Glader is banishment to the maze. The scene where Ben, who attacked Thomas was forced out of the Glade was very chilling.  I felt bad for the guy as he had a reaction from being injured.  A small group of boys called runners go outside the walls to try to figure out the maze, return before night falls and draws what they see in the “Map” Room. The walls surrounding the Glade close every night, locking the boys in and keeping out creatures called the Grievers. These creatures are slightly different than what I imagined in the books as I imagined them more slug like but they were still dangerous and creepy. We learn later on that the Griever’s sting helps the boys remember what is going on with the maze, especially who was involved.

Thomas does manage to make friends with Chuck (Blake Cooper), Newt (Sangster), and Frypan (Dexter Darden). We eventually meet Minho (Lee) the leader of these runners. Thomas of course wants to be a runner as he feels like he would be most useful in that arena.

Thomas shows tenacity and curiosity in finding out why they are there and how they can get out, which some boys are not too happy about. One of those boys is Gally (Poulter). Both O’Brien and Poulter show the tension between their characters. Poulter plays a jerk so well. Initially there are no girls in this community until one popped up in the box about a few days after Thomas shows up. Things really start to jump into gear then as the girl, Theresa (Kaya Scoderlario) actually recognizes Thomas then collapses into a brief coma. I was concerned with Thomas and Teresa’s relationship since the book portrayed it different, especially in how they communicate. I still felt the chemistry more from O’Brien than from Scoderlario. I think the movie overall handled it in a way that was tasteful, but I would have enjoyed Theresa’s character more if the communication between her and Thomas had in the books was translated on screen.

Lee and Sangster did a very good job in portraying Minho and Newt as they brought the character’s bravery, leadership and impulsiveness on screen. Although I think Newt not having the limp as in the books was a missed opportunity. Their chemistry with O’Brien was good as well as you felt the budding friendship on screen. I think all of the actors had good chemistry with each other.  I did like that Minho was the one that figured out the maze code to get out. Ameen brought justice to Alby’s character by bringing that quiet air of loyalty to the Glade and made me feel sad about what happened to his character. I think that Alby’s death scene was still bittersweet and was slightly better than in the book because I felt that at the last moment he still wanted the others to live even if he didn’t.  I was hoping that Winston (Alexander Flores) and Frypan (Dexter Darden) would get more airtime but understood that not everyone could be featured.

One scene I was most looking forward to seeing on screen, was when Thomas used vines to hide a knocked out Alby while trying to escape from the Grievers. That scene was so tense in the books, but Director Ball and O’Brien brought that scene to life in the movie. Thomas manages to get rid of a Griever by getting it squished to a wall of the maze. That was gross!

While the way the Gladers made it out of the maze was different than the book, I did think that it worked because it was slightly more believable. There was still a sense of urgency from all of the characters trying to fight off the Grievers. However, how the creatures were handled and their “lair” makes me really confused because of what happens in the series.  The subtle ways that W.C.K.D was involved with the maze and how they were ultimately introduced sets up the sequel in a way that I’m curious to see what else the movie sequel will change.  Great cameo there James Dashner!

What disappointed me was Chuck’s death scene because it wasn’t as sudden like in the book. I felt like the conversation between Gally and Thomas took too long. Cooper unfortunately made it seem obvious that he was waiting for a cue to get in front of O’Brien to take the bullet. Cooper did a good job as Chuck up until that point so I felt miffed as the scene unfolded.   What happened after he got shot still went pretty well. O’Brien brought the emotion to that scene that made it more poignant like I knew he would based on scenes he has done on Teen Wolf.

*Update* I had to see this a second time and the death scene of Chuck was not as bad.  Chuck was assessing whether Gally was going to shoot and just happened to react at the right moment.

The movie is predictable in the sense that you knew that Thomas was going to change things but also that not everyone was going to survive this story. It was a matter guessing who, when and how. It was still gorgeous to see the maze and most of the glade. I liked the cinematography during the running scenes between Minho and Thomas. The action shots of the close scenes between the characters caused me to feel I was experiencing what was happening with them in person. The book and the movie have a simple premise, yet the underlying theme of how people, especially kids, handle a situation that is thrust upon them by instinct instead of remembered previous experiences is something to watch.

I saw the movie in 2-D and the movie overall met my expectations. I enjoyed seeing the characters I’ve come to care for go through their experiences in a live setting.  I can’t wait to see what they do with the sequel, but in the meantime I will re-read the books again.

TVTalk with Natasha and Kimberly Ep 40

Stargate being remade by original team of Emmerich and Devlin