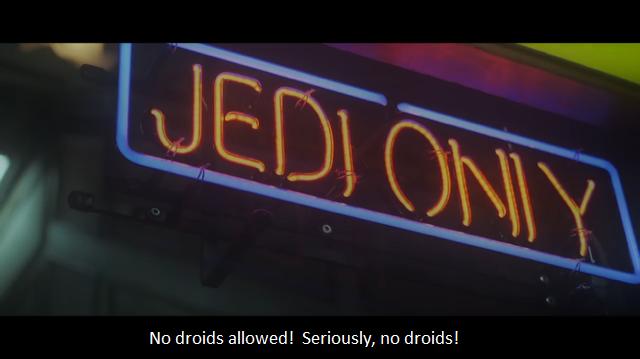 Is there such a thing as too much Star Wars? It’s been a month since Star Wars: The Force Awakens opened but it seems a bit longer than that doesn’t it? Could it be the enormous amount of merchandise tie-ins and cross marketing? I’ve seen the bags of BB-8 oranges at the grocery store, the Droid Cambell’s soup, the Wookie coffee creamer. I’m sure you’ve seen them all, right? No, I think you may still be missing something. Have you seen the Star Wars: The Force Awakens music videos?

Yes, Disney joined up with some boy band members to create music videos to promote the new Star Wars movie in Asian markets. They are exquisitely cheesy bits of pop culture from some of the biggest names in Korean and Chinese pop music. Let’s start with the Korean boy band EXO. They are ridiculously popular and the Korean version of their music video “Lightsaber” has over seven million views on YouTube.

Check it out here:  EXO: Lightsaber

EXO also made Mandarin and Japanese languages versions of the Lightsaber song if Korean is not enough for you.  Same video for each language but slightly different song due to translation.  As much as I love K-pop, I wonder why we are split between the group members with no real cohesive story to the video.  Really, why does the convenience store get destroyed?  And for a group that has some of the best dances in K-pop, there is almost no dancing in the video.

I’ve looked at a few translations and Lightsaber is essentially a love song about some guys’ lighsabers.  Yes, they wax poetic about the overflowing brightness and making it bloom.  Maybe there is something missed in the translation but I’m pretty sure there is a double meaning here.  The English chorus paints it as “a life saver, lightsaber”.  Catchy, right?

If the broody looks of EXO members were not enough for you, check out the video “The Inner Force” from former EXO member Lu Han.  K-pop primer: Lu Han used to be part of EXO but left to go back to China amid accusations and lawsuits that EXO’s entertainment agency was not treating him well. All the unresolved drama has not been a setback for Lu Han and he is currently one of the biggest stars in China.  The guy has over 12 million followers on Chinese social media which makes his marketing appeal shine brighter than Star Killer Base.

Now check out this one: LuHan: The Inner Force

How was that for you?  Do you feel the inner force or just the bass of the 808?  Maybe the real reason Lu Han went back to China was to complete his Jedi training?  He got to use actual movie footage in his video so you know Disney was serious about the Chinese movie goers.  This video ran with other promotions to introduce a new audience to the movie in preparation for the January 9 release date.

As much as I love K-pop and many of the Chinese versions of the songs, I find these to be a little over the top with cross promotional marketing.  But who am I to criticize, I own some JLo jeans and Dr. Dre got me to crave his headphones.  I’ll just enjoy the Star Wars music vids while I eat some Dark Side fruit snacks.

Thoughts? Join the discussion on our Facebook Group Here