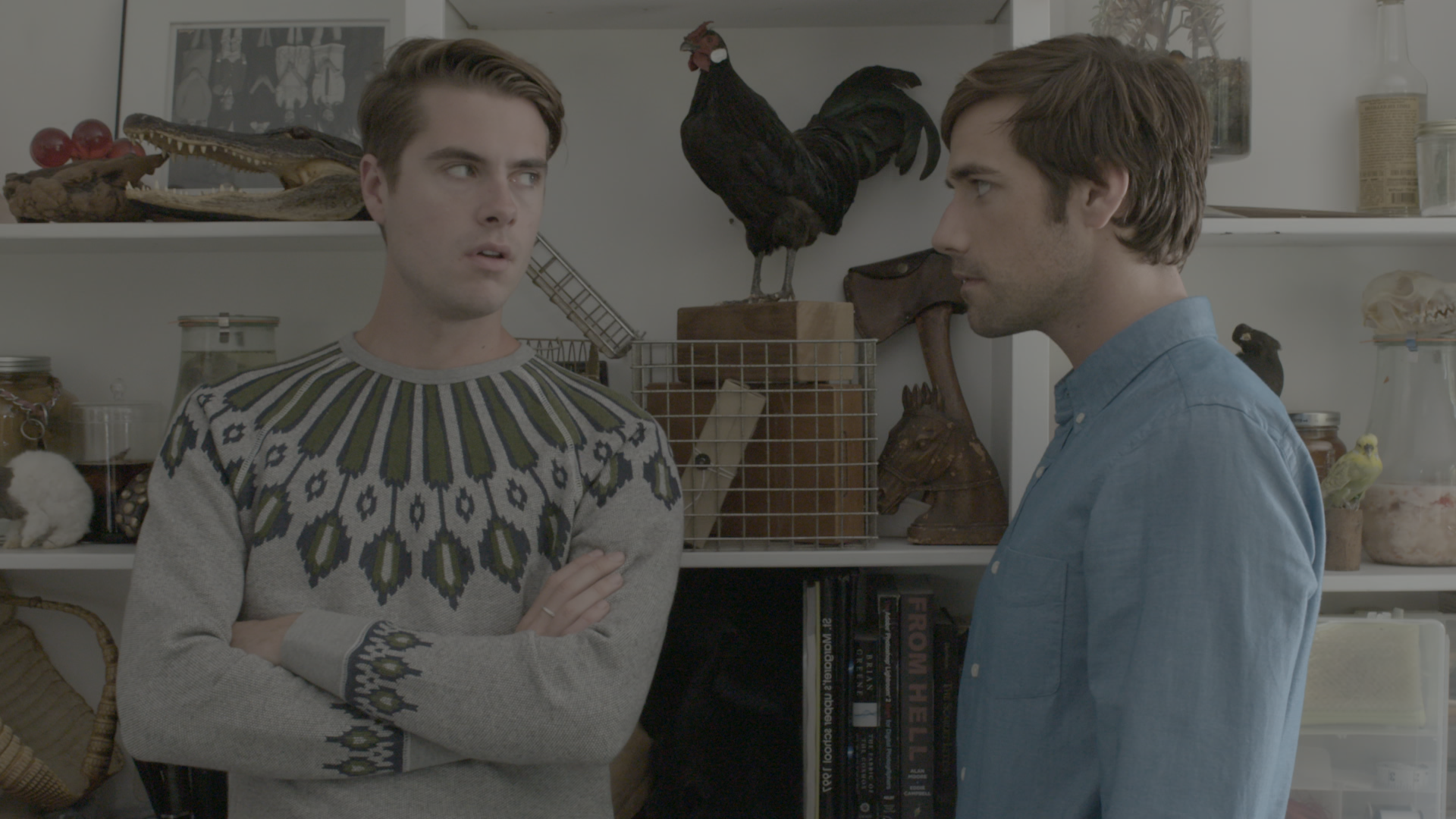 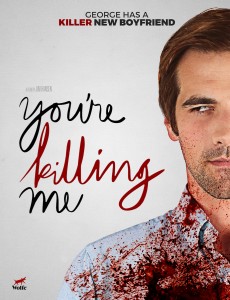 You’re Killing Me, a comedy-horror hybrid from director/writer Jim Hansen, takes the coming-out process and grafts it onto the tale of an affectless young man named Joe (Matthew McKelligon), who really, really wants to kill people, but hasn’t yet because his parents had him institutionalized at a young age to prevent his animal-butchering tendencies from blossoming into full-blown serial killing.

Taking place over the course of a week, the film traces Joe’s awakening as he finally makes his first kill, meets and falls in love with the shallow, fame-seeking George (Jeffery Self, who co-wrote the film with Hansen), and kills some more.

Joe’s journey starts about a week after he meets Andy (Matthew Wilkas). After a game night with some of Andy’s friends, Andy decides it’s time for the two to consummate their relationship. Like many filmic serial killers, though, Joe has an aversion to sex and rebuffs Andy’s advances. Like Drax from 2014’s Guardians of the Galaxy, Joe also has a tendency to take everything said to him literally, so when Andy begs him to do whatever he wants, Joe takes that as permission to brutally knife him.

Everything changes for Joe in that moment; the lighting even gets brighter in the scene to reflect the joy Joe’s feeling inside. Joe grabs Andy’s laptop and sees that he was viewing a video called “People I Want to Kill” starring George and his performing partner, Barnes (Bryan Safi), wherein George is explaining to his mother (Barnes in a wig) how he’s going to chop her up. Joe, literalist that he is, thinks he’s found his soulmate.

Joe quickly stalks George and awkwardly approaches him the next night, upfront saying he just completed his first kill; George thinks Joe has a weird sense of humor and is charmed by him. They wind up dating.

George’s friends all find Joe strange and off-putting, but George, focused on how hot Joe is, keeps making excuses for him. Whenever Joe says he’s going to kill someone in their social circle, George laughs it off. Joe assumes George is fine with dating a murderer, and becomes more confident with each kill. Despite George’s shallowness, though, he’s funny and endearing, and you can’t help but root for him. How many of his friends will die before he faces the truth about Joe?

Pretty much everyone in the film is uniformly awful, shallow, and self-involved, and it’s funny in the same way “Seinfeld,” “It’s Always Sunny In Philadelphia,” and “You’re The Worst” are, albeit with murder and mayhem. Andy’s a self-described slut; his ex-partner, Louis (Jack Plotnick), is a nervous stalker; their friend, Emma (Edi Patterson), constantly wants to play everyone her latest song; Barnes pays more attention to his YouTube/video career than to his disenchanted partner, Oli (Shaughn Buchholz); and George, who apparently doesn’t have the best taste in men—according to Barnes—ignores every red flag Joe throws up because Joe likes George’s videos and Joe is hot. Even Joe’s parents, who allegedly have his best interests at heart, don’t treat him well; his mother (Carolyn Hennesy of “General Hospital” and “Cougar Town”) isn’t thrilled that he’s gay and especially that he’s possibly graduated to killing people, and his father (Ranney Draper) can’t be bothered to talk to him or even look up from his newspaper during lunch. Each actor appears to be having fun, which helps keep you involved in the story despite how ridiculous some of the characters act.

Along with twisting a tale of one man’s coming out into a bloodfest, Hansen and Self get in some good digs at social media and self-involvement, as well as make a few meta comments about horror itself (particularly in the brief glimpses we get into Joe’s mind, which include Joe covered in blood, references to the TV series “Dexter,” and random bowls of spaghetti). It’s mostly good, gross fun, especially when Hansen and Self are taking horror tropes and pointing out how silly they can be (such as Emma’s aimless running around while Joe is menacing her friends).

While some of You’re Killing Me’s campier elements feel forced, which may be a product of Hansen and Self cramming a little too much meta into their script, it’s still an amusing entry in the comedy-horror subgenre. A couple of the murders seem too brutal for the film’s lighter touch, but horror-hounds will appreciate them. The film also has a lot of energy and enough laugh-out-loud moments to power its short 88-minute runtime to the finish. If you go in expecting to be charmed and probably a little—or a lot, depending on your tolerance for blood and spaghetti—grossed out, you’ll be entertained.

You’re Killing Me is available on VOD and DVD beginning March 8, 2016