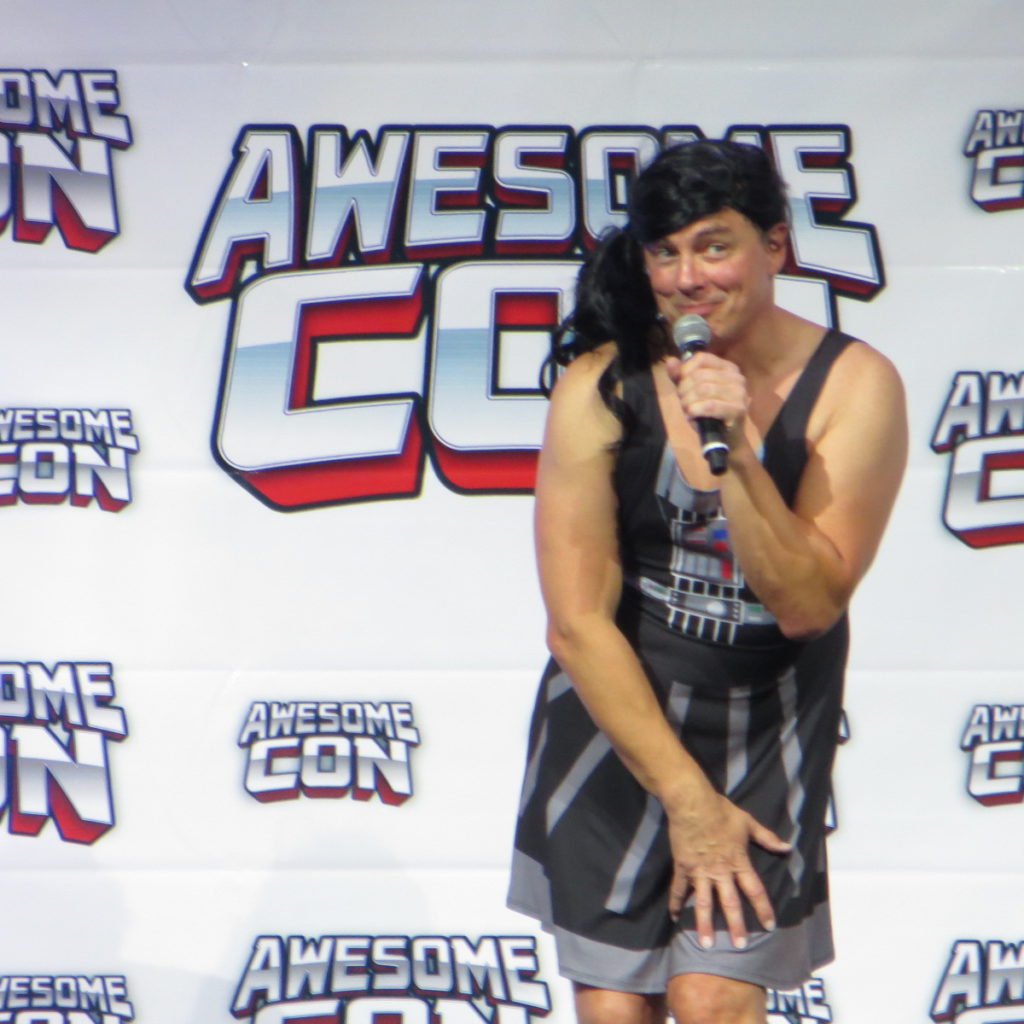 What can I say about John Barrowman, every time I see him at a convention he seems to take it up a notch!  He is great to meet in person if you haven’t gotten a chance to already. What made this year even more special was I got to meet his husband Scott! I was happy that Barrowman recognized my face from two years ago when I met him at Wizard World Philadelphia.  I regretted not getting his VIP pass then, and I regretted it this year as well.  The reason: his panel and getting a decent seat.  There is a reason TNE has more than one video of his panels on your YouTube page. They are in one word, awesome! 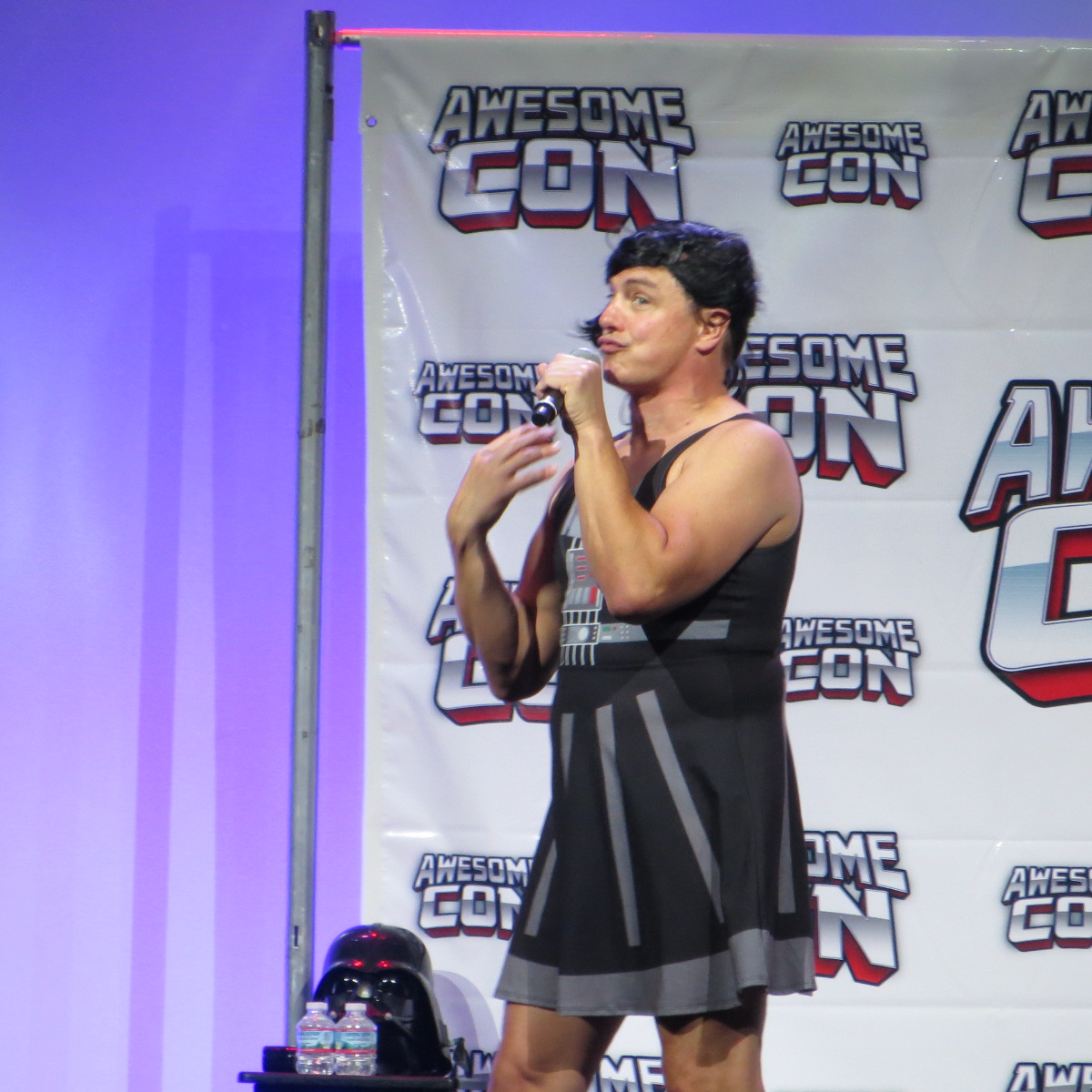 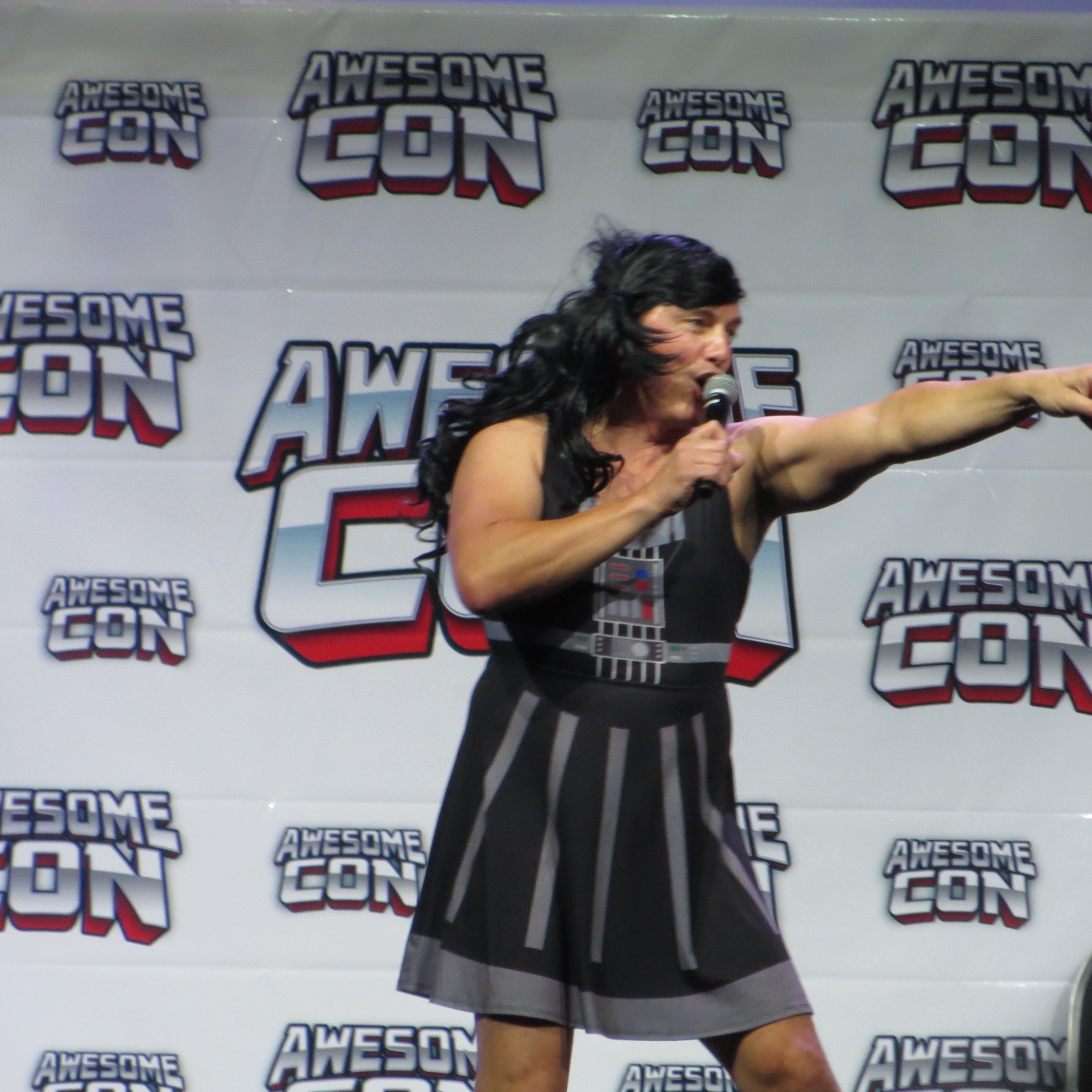 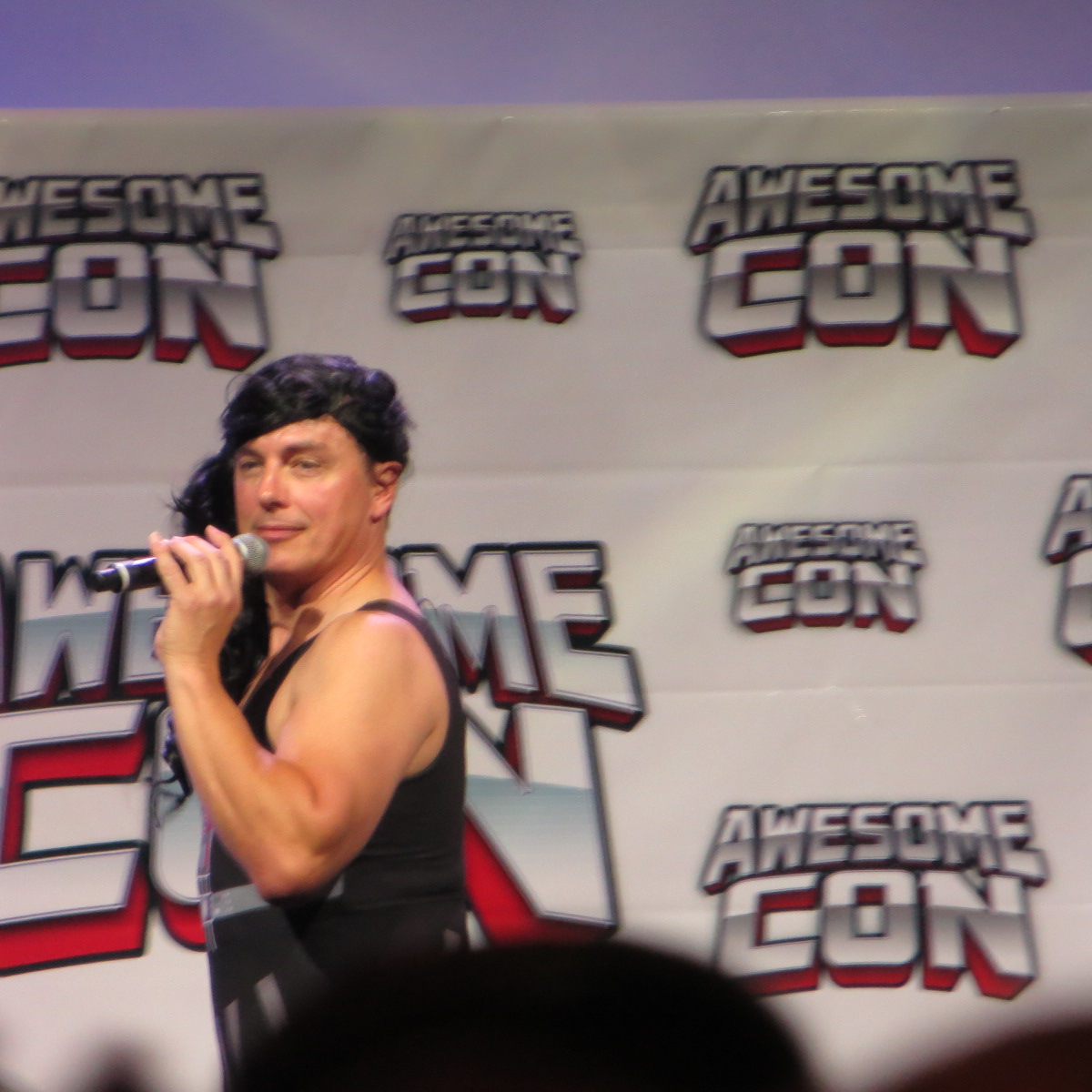 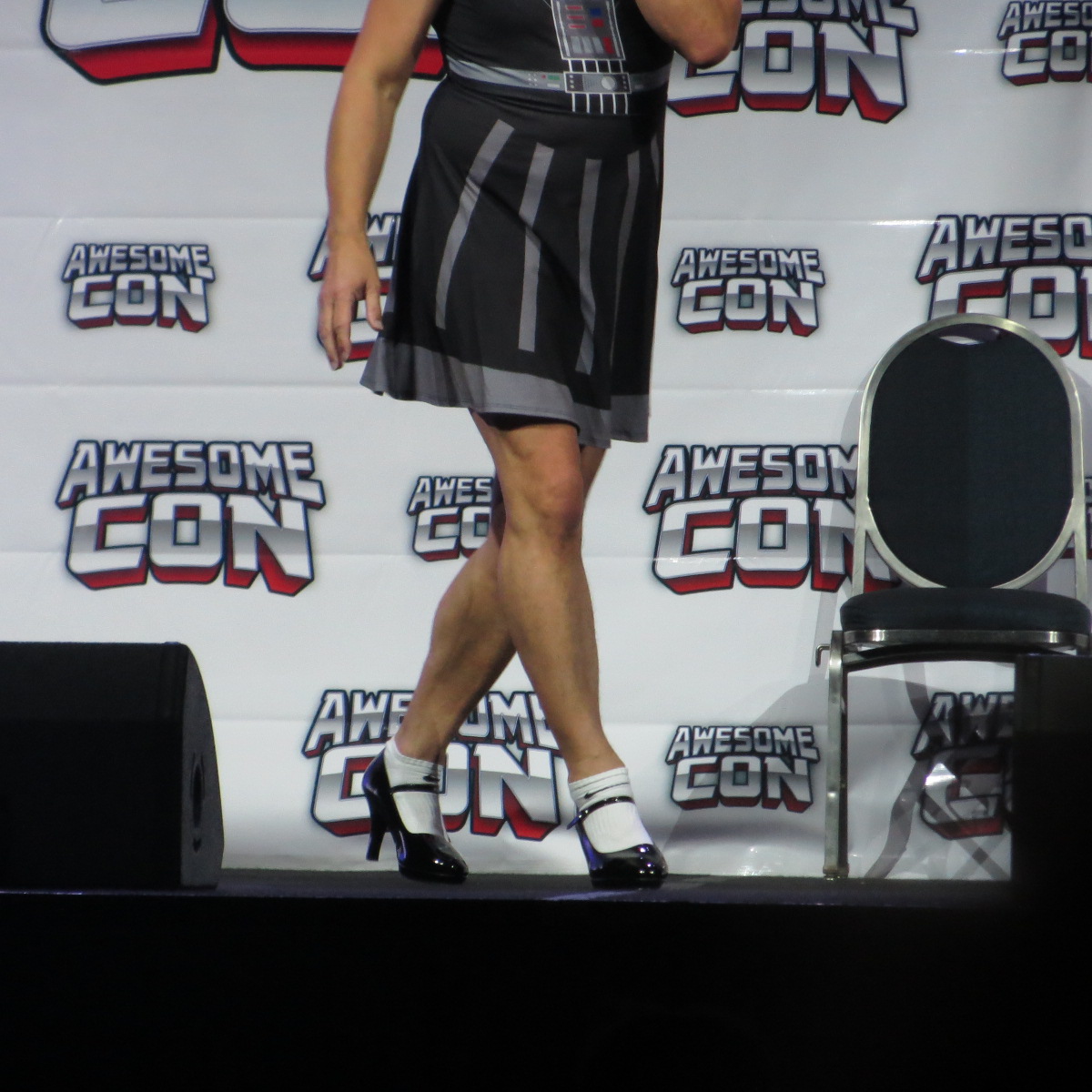 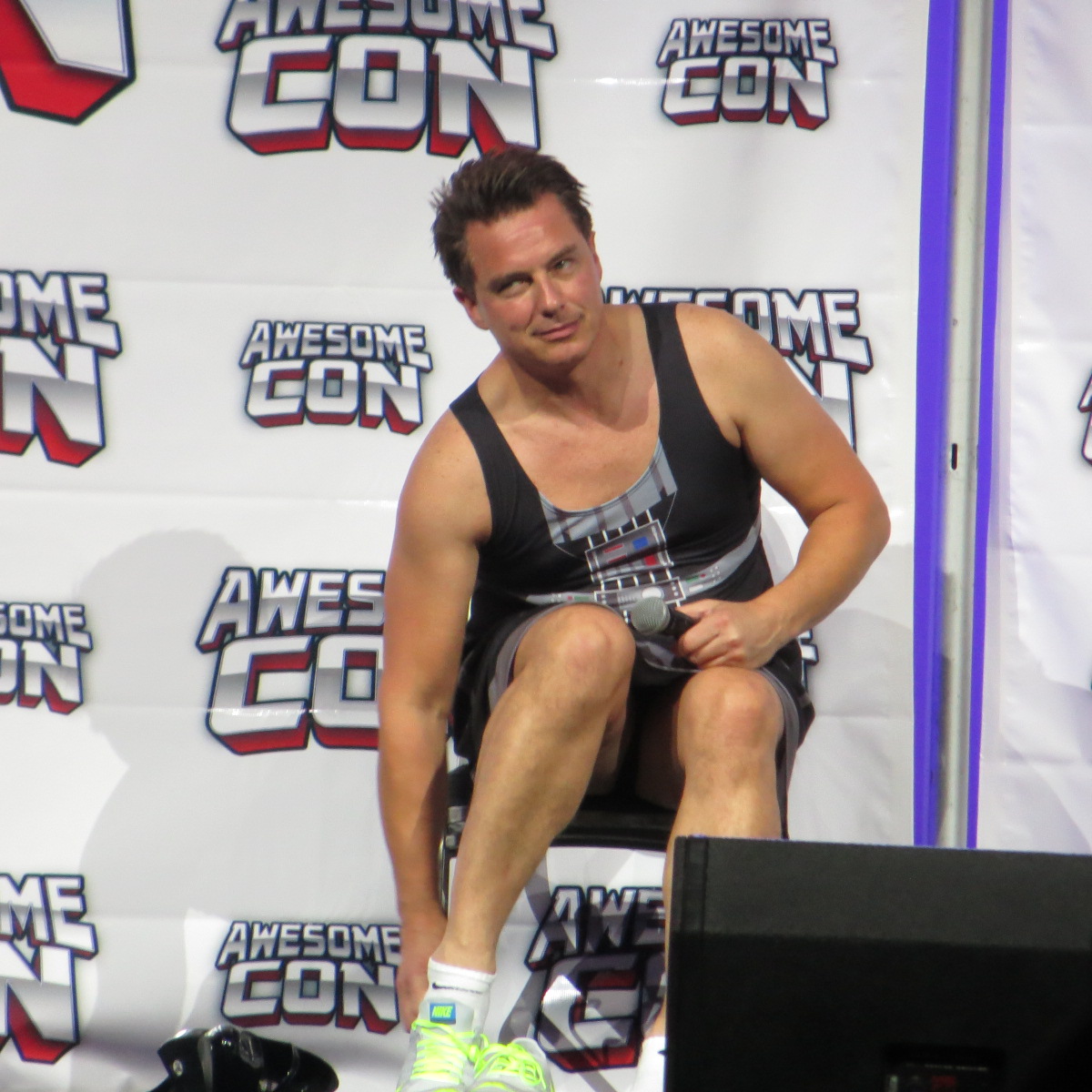 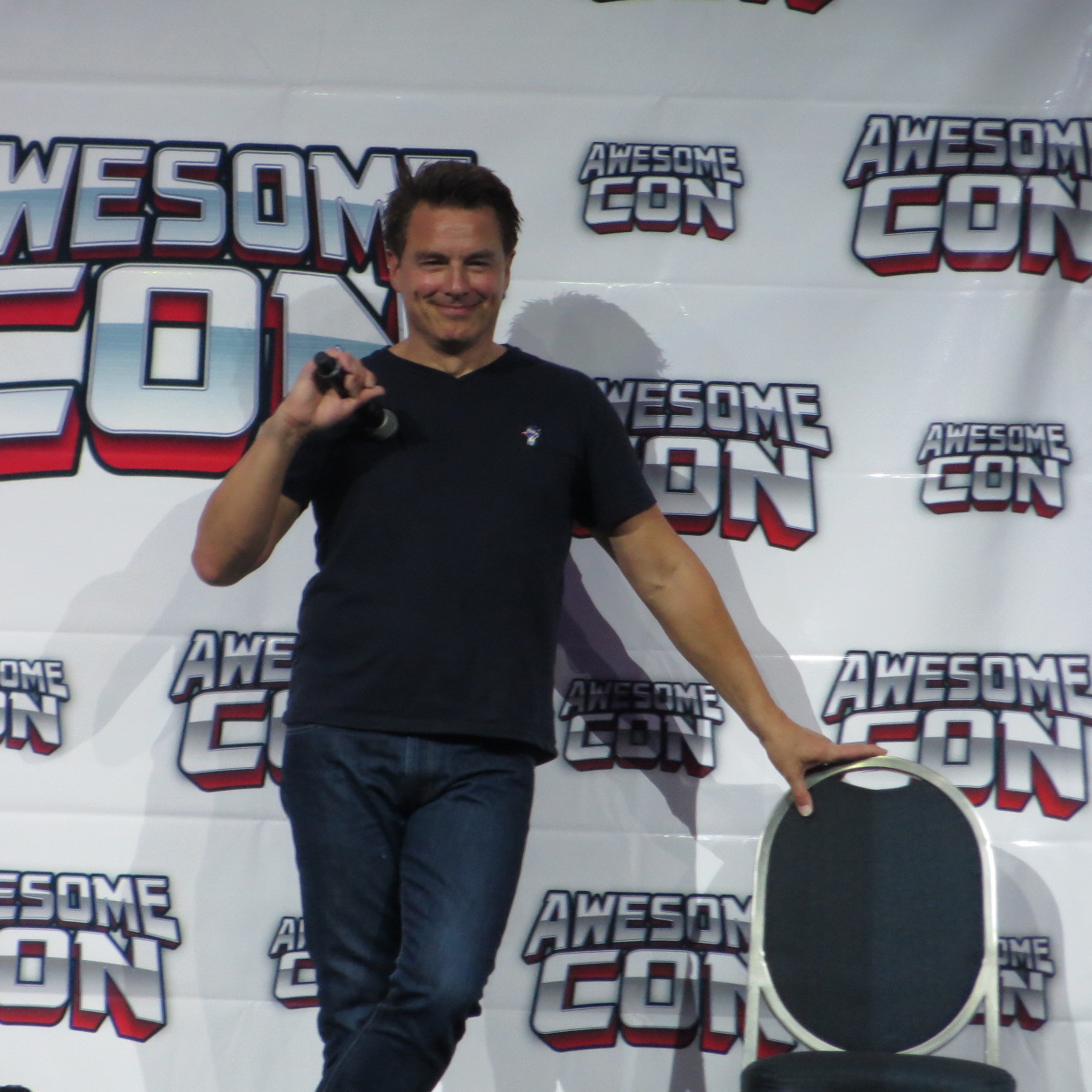 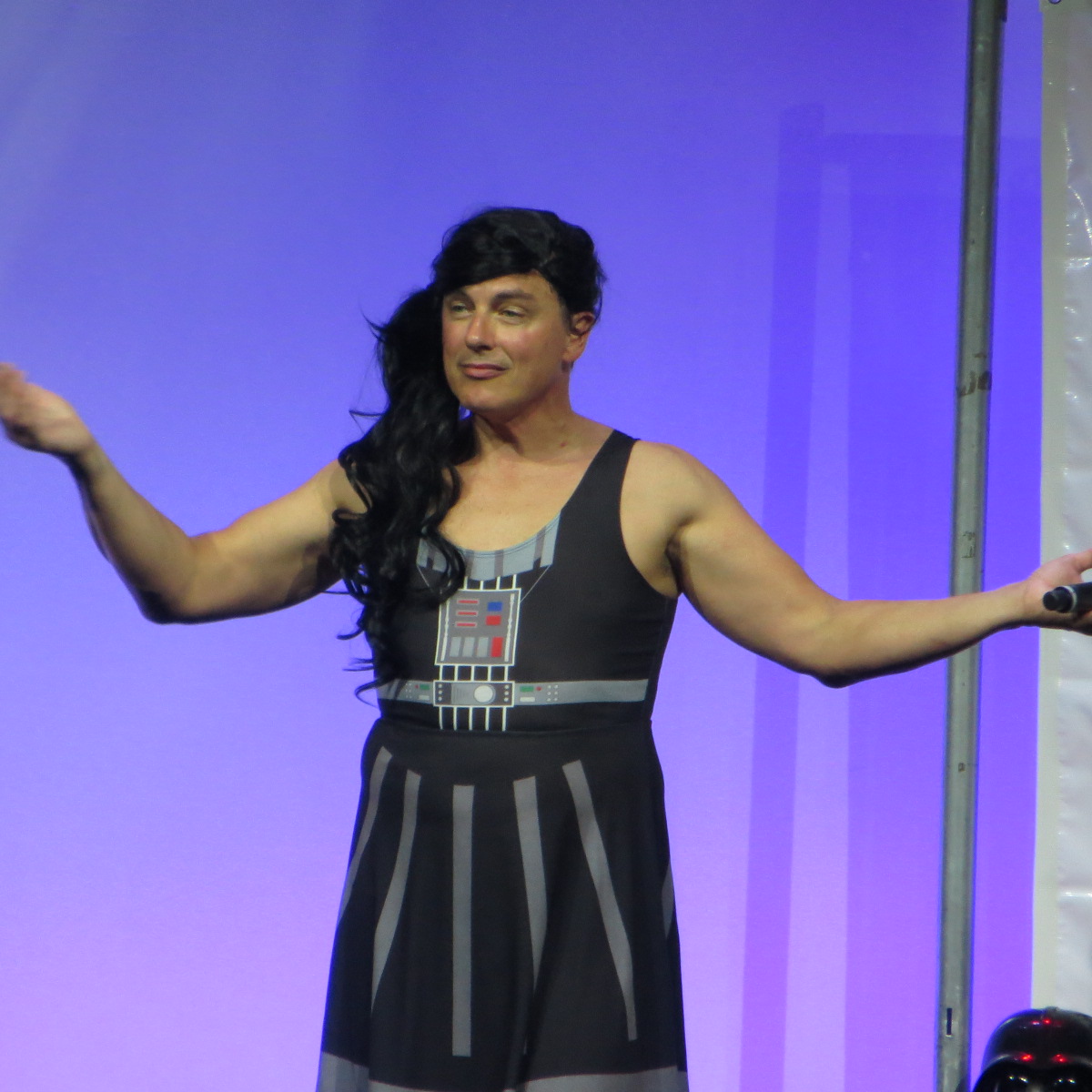 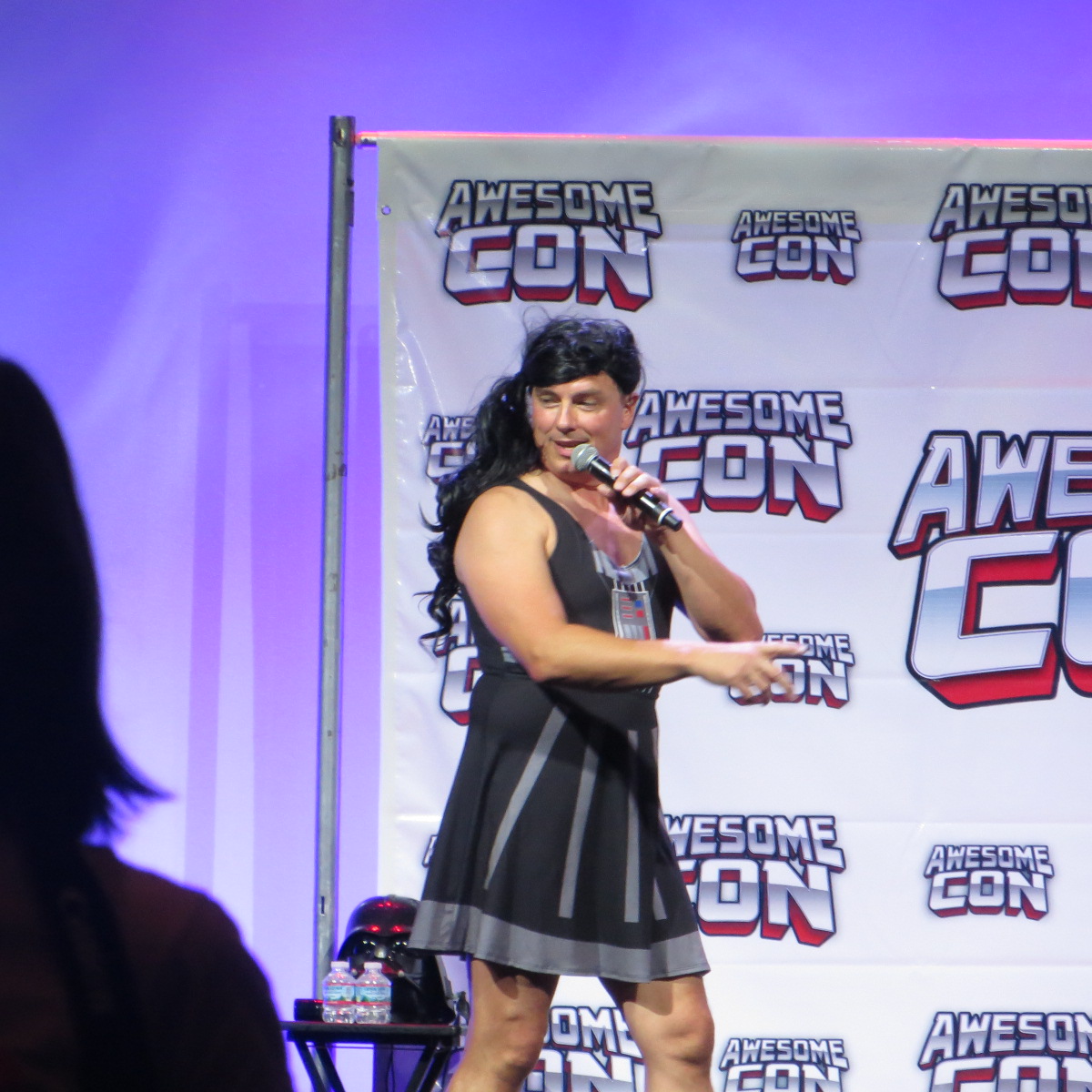 Here is video of the entire panel!

Shout out to Epic Photos (although there was a major hangup which I will mention in my overall review of the convention)  because I was able to exchange some photo-ops so I could have the best of two worlds, a photo-op with Barrowman in the Darth Vader dress and the other with Scott.  Shout out to friend Julie, who I enjoy sharing my photos with from Awesome Con.  It helped that a few extra dollars for the boob grab was for breast cancer research.  Thanks John!  Here are the photos! 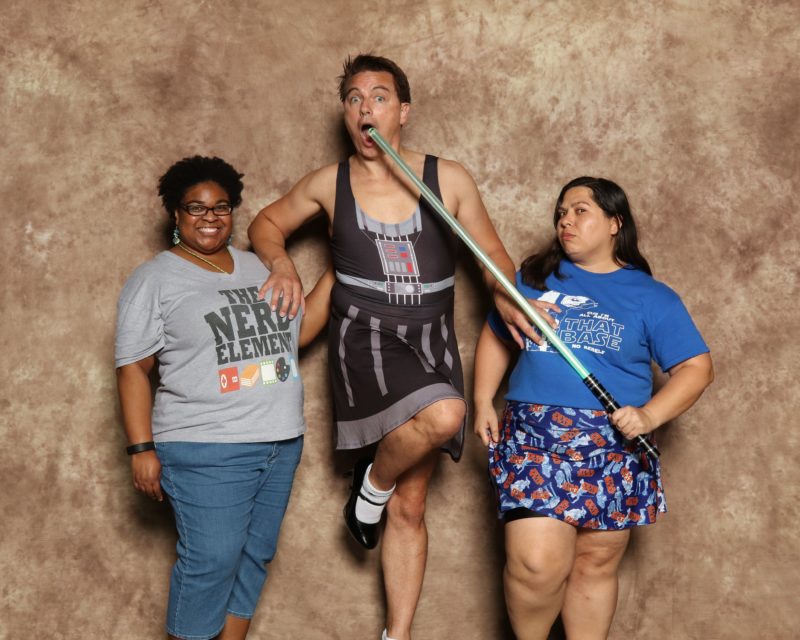 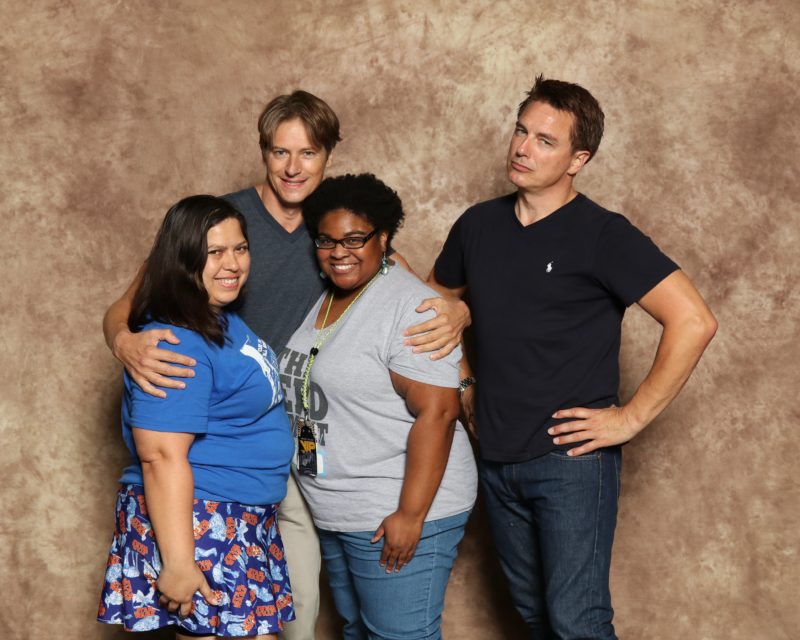 Can I just say that it was cool meeting his sister Carole Barrowman too this weekend! I enjoyed reading the Hollow Earth series she co-wrote with John.   They had autograph booths next to each other so of course they were talking trash some of the time during the weekend.

Have you met John Barrowman at a convention?  Have you experienced his panel before? Were you at Awesome Con? Sound off in the comments with your experiences.