First round of guest for Silicon Valley Comic Con were announced today. Full details and pics below courtesy of their press release. 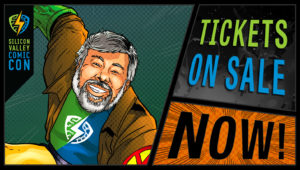 Three-day and single-day passes for SVCC 2017 can be purchased today at www.svcomiccon.com. Fans who purchase three-day passes before October 1 will be entered into a drawing to ride around SVCC 2017 with the Woz in his VIP golf cart.

In addition to celebrating the pop culture and technology of today, SVCC 2017 will feature a series of themed exhibits and sessions focused on the “Future of Humankind: Where will we be in 2075?” SVCC 2017 attendees will be able to hear visions of the future from high profile guests and companies spanning a variety of industries. SVCC is proud to introduce the first of its 2017 featured guests: 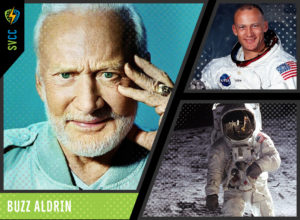 Astronaut Buzz Aldrin was one of the first people to walk on the moon. He and flight commander Neil Armstrong made the Apollo 11 moonwalk in 1969. Aldrin later worked to develop space-faring technology and became an author, writing several sci-fi novels, children’s books and memoirs. 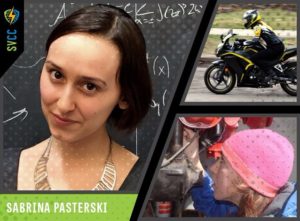 At age 23, Sabrina Gonzalez Pasterski is a renowned physicist whose work has been cited by Stephen Hawking. A proud first-generation Cuban-American and Chicago Public Schools alumna, she built and flew her own airplane by age 16. After graduating first in her class at MIT Physics, she is currently a Ph.D. candidate at Harvard University, where her studies include high energy physics, string theory and gravitational memories. She has been featured in Forbes 30 under 30 and Scientific American’s 30 under 30. 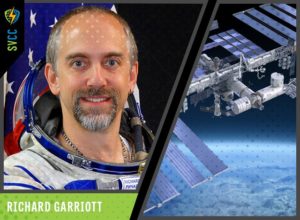 Richard “Lord British” Garriott, best known for the Ultima franchise, is a game developer who changed the video game world forever with the introduction of MMO games. In 2008, Garriott became one of the first private citizens to spend more than a week aboard the International Space Station. A man with many passions and projects, Garriott is currently involved with various game development businesses, is the chairman of Space Adventures and has invested in several space ventures including Zero-G Corporation, X-Prize and Spacelab. 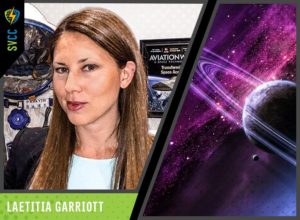 Laetitia Garriott de Cayeux is co-founder of Escape Dynamics, a technology company that has greatly advanced the state of the art in beamed energy propulsion for space launch and was featured on the cover of Aviation Week. A Scientific American “World Changing Idea” and “Most innovative Space Companies of 2015,” Escape Dynamics could enable microwave-powered spaceplanes and aircraft-like operations to orbit. She is a shareholder in Space Adventures, a Truman National Security Fellow, a member of the Council on Foreign Relations and a board member of the National Museum of Mathematics, and she is the youngest person to have completed neutral buoyancy training, a requirement for ISS astronauts preparing for EVA missions.

Arthur Adams is an award-winning artist who became an immediate fan favorite as the penciller on the critically acclaimed 1985 Longshot mini-series. His decades-spanning career has included cover and interior work on such titles as Batman, Superman, Avengers, Spider-man, X-Men, New Mutants, Gen 13, Godzilla, The Authority, Danger Girl, Excalibur, Ultimate X, and Hulk. He’s the creator, writer and artist on Monkeyman and O’Brien. Currently he’s a Marvel exclusive cover artist, and is the main cover artist on Guardians of the Galaxy. Recently he also did a series of 6 interlocking Walking Dead covers. Outside of comics, Arthur has done movie, toy, and game designs, book illustrations, and provided the artwork for an X-Men themed Spaghetti-O’s can. 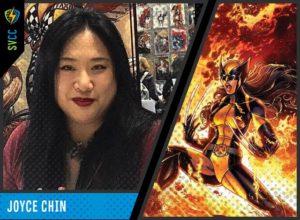 California native Joyce Chin has been working as a creator in comics since 1995 when she pencilled a single page of Supergirl, then pencilled several issues, interior and covers, of Guy Gardener: Warrior for DC Comics. She’s worked on some of the major characters in mainstream comics; Superman, Spiderman, X-Men, Elektra, Vampirella, Red Sonja, Legionnaires, Hulk, Ka-Zaar, Xena, Green Lantern, and Witchblade, for DC, Marvel, Top Cow, Dynamite, and Dark Horse. She’s currently providing the art on a number of covers for Marvel including X-Men, Thor, Wolverine, Moon Girl and Devil Dinosaur, and Ms. Marvel. She’s also done illustration work outside of comics. She’s worked on character design for EA games, toy box illustrations, t-shirt designs, and magazine and book illustrations.

After its successful inaugural year, SVCC will return to downtown San Jose the weekend of April 21-23, 2017. SVCC 2016 welcomed 60,000 attendees who enjoyed a sold-out show floor of 350+ exhibitors and dozens of packed panels and fan Q&As. The largest fan expo in Northern California, Silicon Valley Comic Con has already outgrown the San Jose McEnery Convention Center and will expand to include neighboring venues downtown.