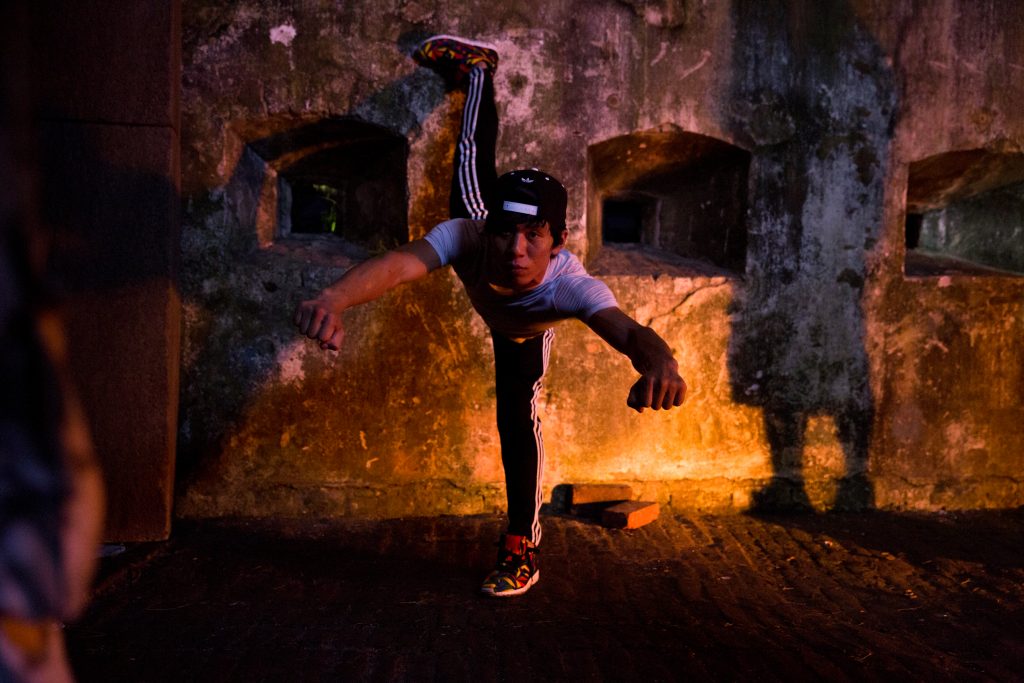 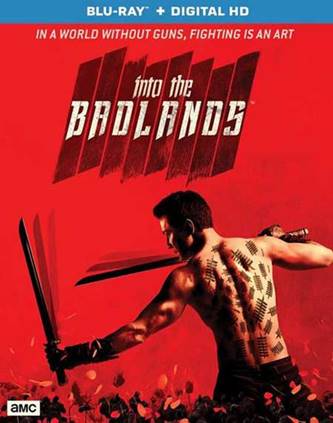 The first time I heard about this show was at New York Comic Con 2015 when the show did a panel.  After watching that panel via live stream, I knew that I had to watch when it premiered in January of this year.  This show created a great combination of action and drama that makes me wonder how they can top what they did in Season 1.  Live tweeting with the cast made me enjoy watching the show live even more.

Into the Badlands is a dystopian world where Barons rule with their army of fighters, clippers.  With no guns, people arm themselves with basic weapons and their martial art skills. The story starts when the best clipper in town Sunny (Danny Wu) finds a boy named M.K. (Aramis Knight) and takes him under his wing.  M.K. has a power that makes him a target for The Widow (Emily Beecham) and Sunny’s boss Quinn (Marton Csokas).  A journey has begun where loyalty is tested, and battle lines are drawn as Sunny tries to decide if this is the time to escape and find better pastures.  To get a feel for how I felt about the show and it’s characters, check out my recaps that start here: http://www.thenerdelement.com/?s=Into+the+Badlands

The Blu-Ray + Digital HD and DVD of the first season comes out on Tuesday November 8th.  I was fortunate enough to look at what the Blu-Ray will be bringing to old and new fans alike. The package comes with 2 discs. The first disc has the first four episodes while Disc 2 has the last two episodes and special features.  It’s always a plus to be able to view the episodes offline by taking advantage of the Digital HD included with the Blu-ray.  While overall it met my expectations, there are a few improvements I hope to see in the season 2 Blu-Ray next year.

I like that the cover is the same as in the TV ads  promoting the show featuring the main character Sunny with his back full of tattoos and him holding his sword in a fighting stance.  I also like how in the back the characters are featured in a way that lets you know who could be connected to who.  You have Baron Quinn’s family on the left, M.K  and Sunny featured prominently in the middle, Sunny’s girlfriend Veil (Madeline Mantock), The Widow and Tilda (Ally Iannides) on the right-hand side.

It was so good to relive the show again and fall in love with the characters again with the individual episodes.  However, the special features were the icing on the cake.

When I see a TV show or movie that has awesome action scenes, I’m always curious to see how the magic was created.  In the Blu-ray there are several clips where we get to see the fight camp the cast went through and the behind the scenes of some of the major fights in each episode.  I just want to say that Producer and Martial Arts Choreographer Ku Huen Chiu (Master Dee Dee), Producer/Fight Director Stephen Fung and the other stunt coordinators are geniuses. I got a chance to briefly chat with Beecham, about fight camp and the fight choreography.  This was the first project where she has experienced something like that. 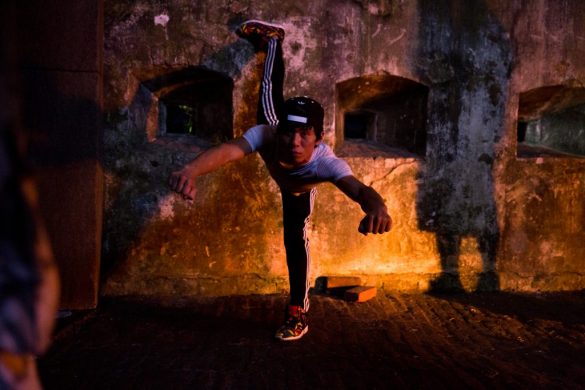 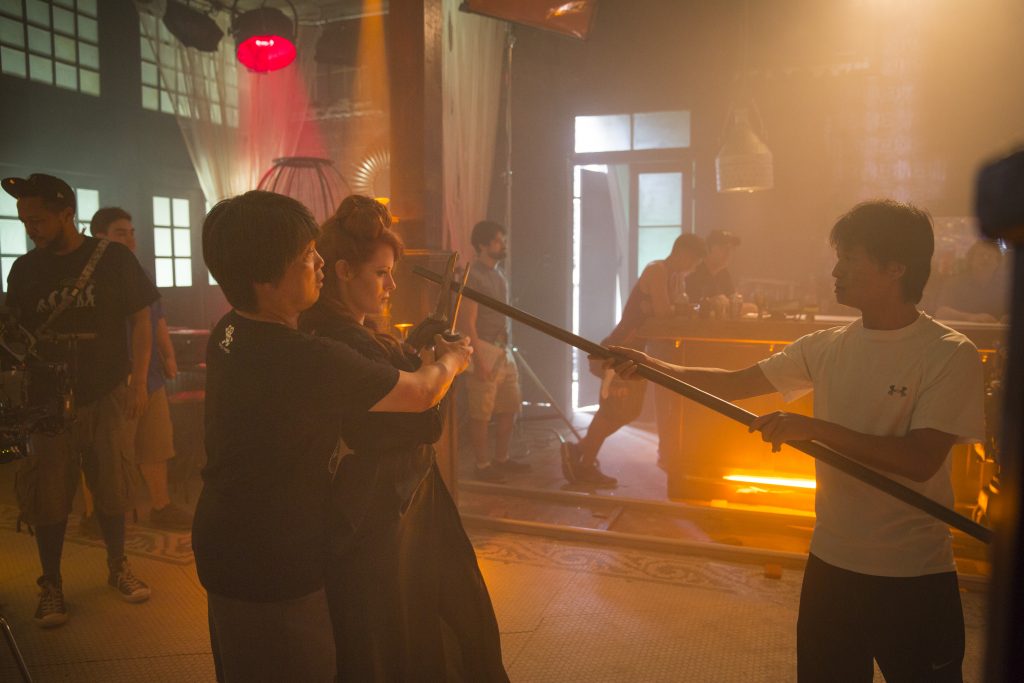 “It was completely unknown territory. I think we were all really nervous and excited and just had no idea at all what to expect. Whether we would be having to do backflips by the end of it or not. The first season was incredibly intense training. It was in New Orleans’ heat which was just out of this world. Never experienced something like that. We were dripping with sweat daily.  Yeah, it was really intense; a lot of pain but it was very gratifying once we managed to achieve these fight scenes and watching them and seeing how they came out, made it rewarding.

The choreography is very guerilla so we never actually learn any choreography before we film the fights, which was a bit of a shock to me the first time around, the first season. So we get on to the set and he shows us – Dee Dee will choreograph it on the set once he is there and he sees what he can use and he sort of creates it there. So, yeah, he’ll show us a fight sequence. We’ll probably practice it a couple times and then shoot it so it’s kind of broken up into little bits and it’s still kind of a memory test every time. “ 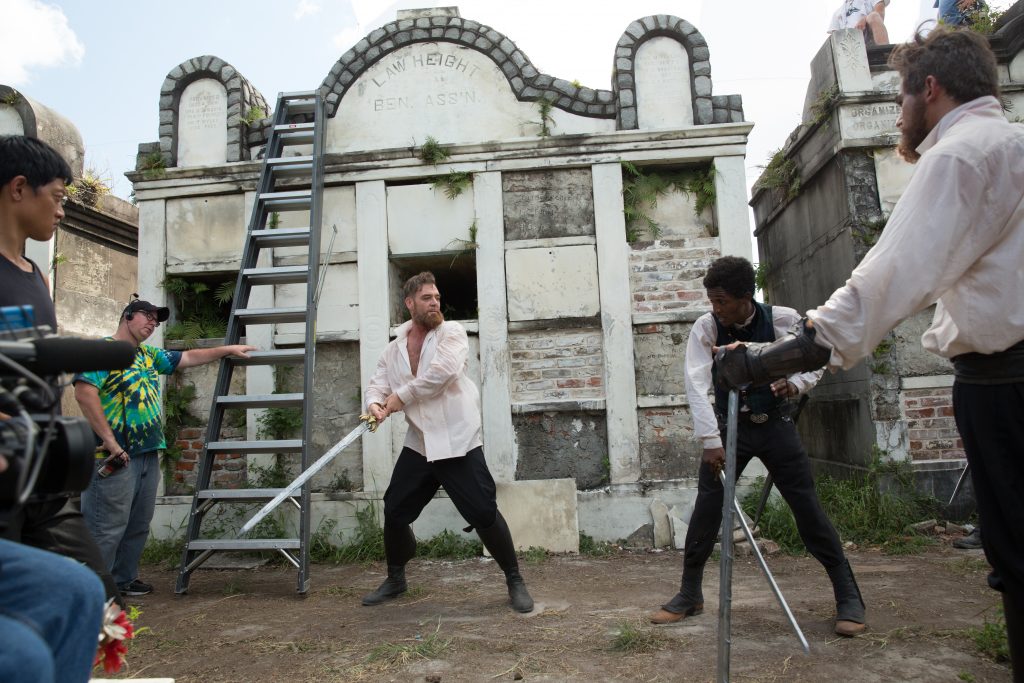 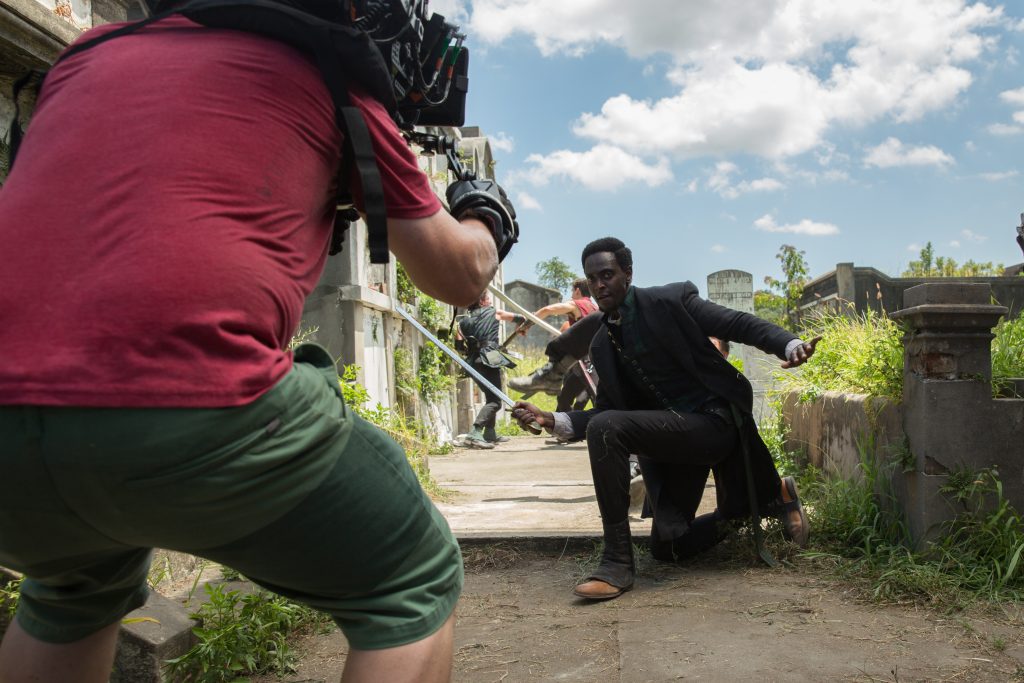 Another special feature that I enjoyed was the digital comics. I’m hoping that these comics become available for the masses to read or at least view on their tablets. One of the issues I thought was cool was Quinn’s backstory in how he became a colt and eventually a clipper.

No bloopers? It would’ve been nice to see some from the first season!  Please make that a priority for the blu-ray season 2! Knight even teased there could be bloopers.  “I’m sure you can imagine we had loads of bloopers with all the fight choreo we were doing [and] more coming this season, too, that are hilarious!  The blooper reel that I saw, we watched at the wrap party [for Season 1]. They projected it on a screen at the wrap party in New Orleans. There were loads of hilarious moments. There was a lot of funny stuff between me and Ally. Overall, I think they did a good job with it.” See, I would’ve liked to have seen what Knight saw.  Alas.

The way the Special Features menu listed the different options felt very limiting.  I think that while it’s nice to see all of the cool graphics on the screen, when there is a lot of choices like that I’m wondering if it would have been better to separate the categories within the Special Features into the main menu or if keeping it all together have it listed in the majority of the screen so it’s easier to get to the feature we want to view.  As I was going through each item, I felt like it was taking me a long time to reach the short I wanted to start with first, which was fight camp.

It would’ve been better to have all six episodes on the first disk since the season was short.  It could have created a true binging experience. This may have helped the menu for the 2nd disc spread out the Special Features slightly better.  I could just be nitpicky though.

The Blu-ray, despite the small hiccups is worth adding to your entertainment collection. The asking price is $49.99 for the Blu-ray and $39.98 for the DVD but it’s on sale on Amazon so I would get it while you can at a lower price. 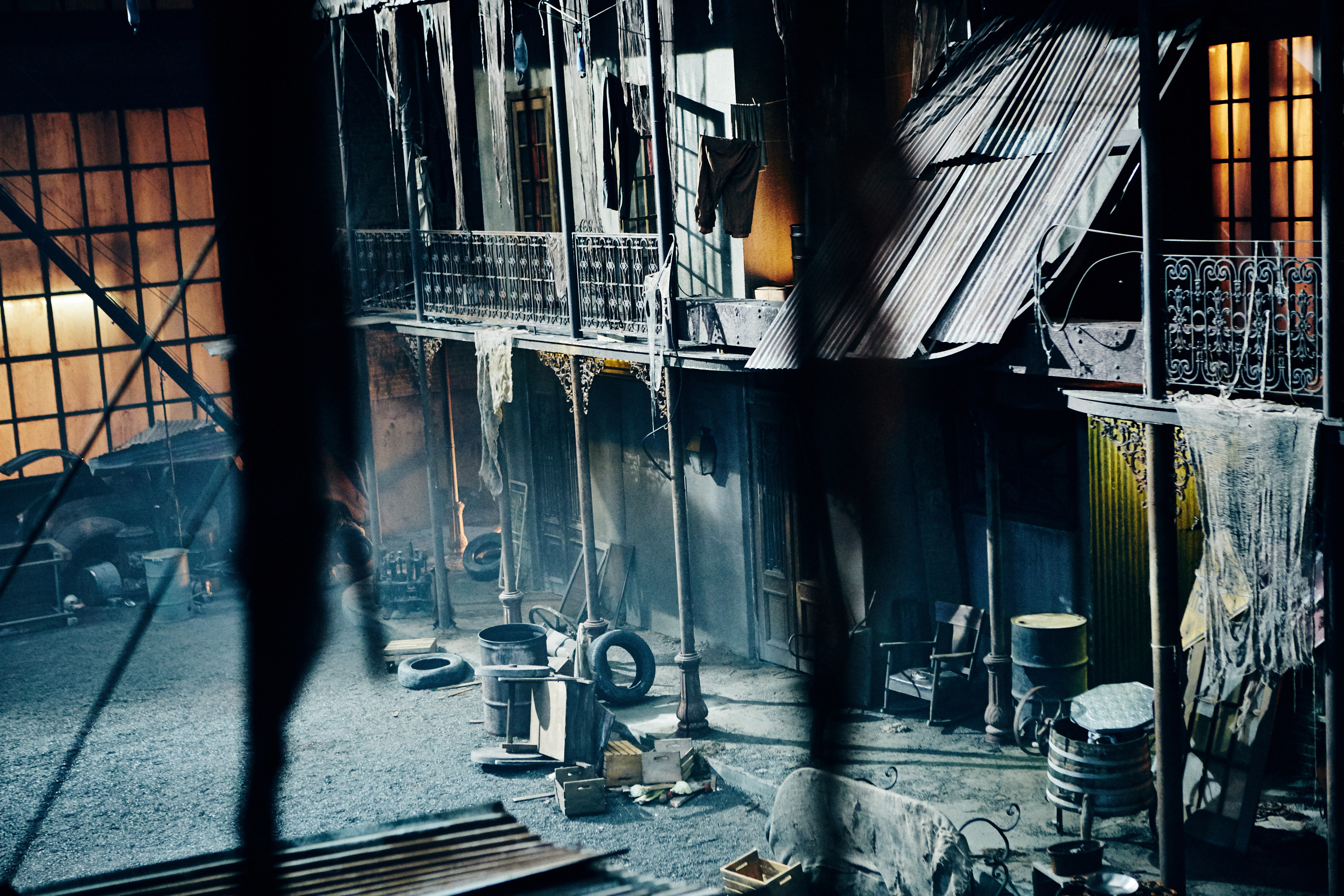 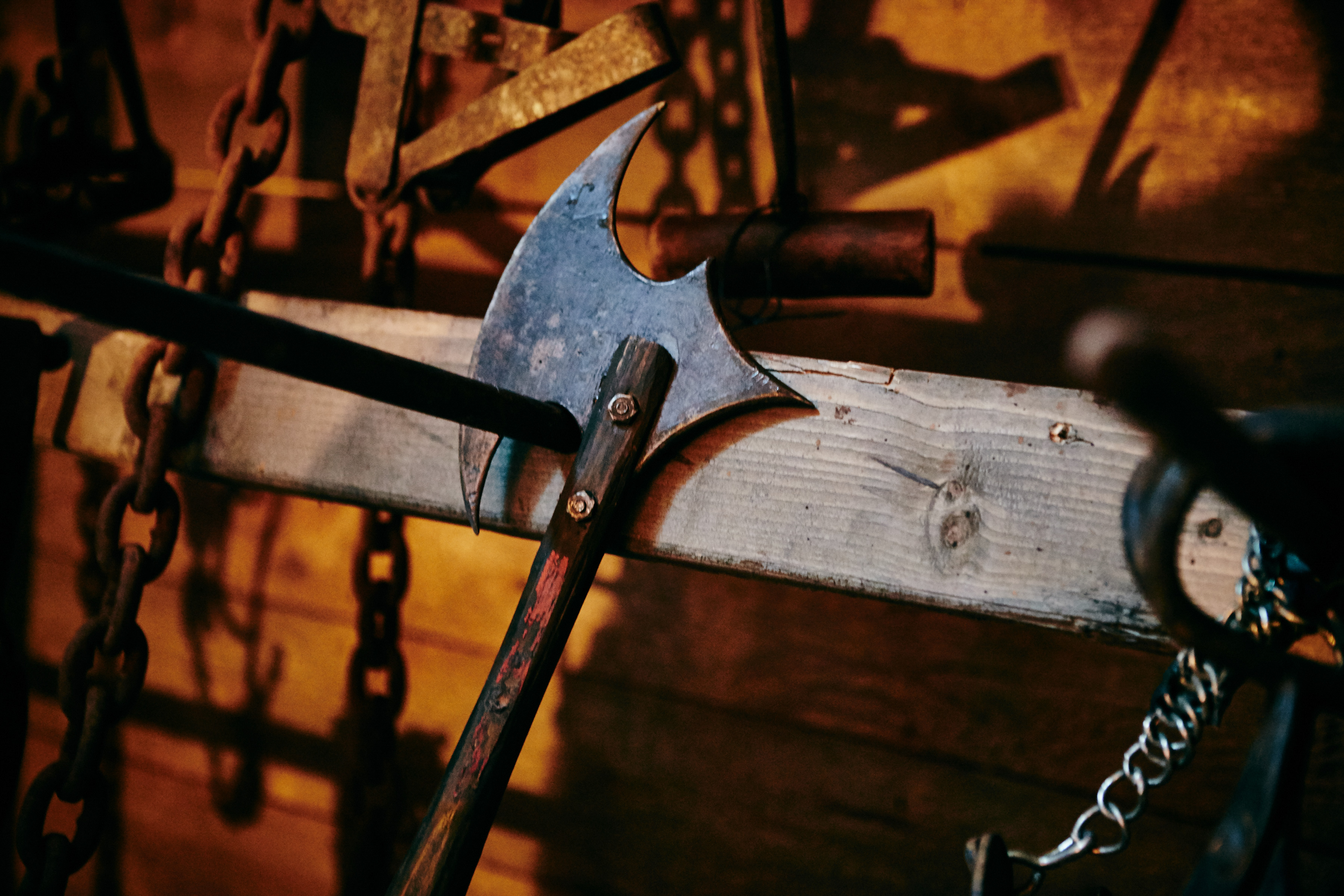 Here is a full list of the Special Features:

For those that saw the first season, what was your favorite episode?  What special feature were you looking forward to? Are you planning on getting the Blu-ray and/or DVD as a gift?  Sound off below in the comments!