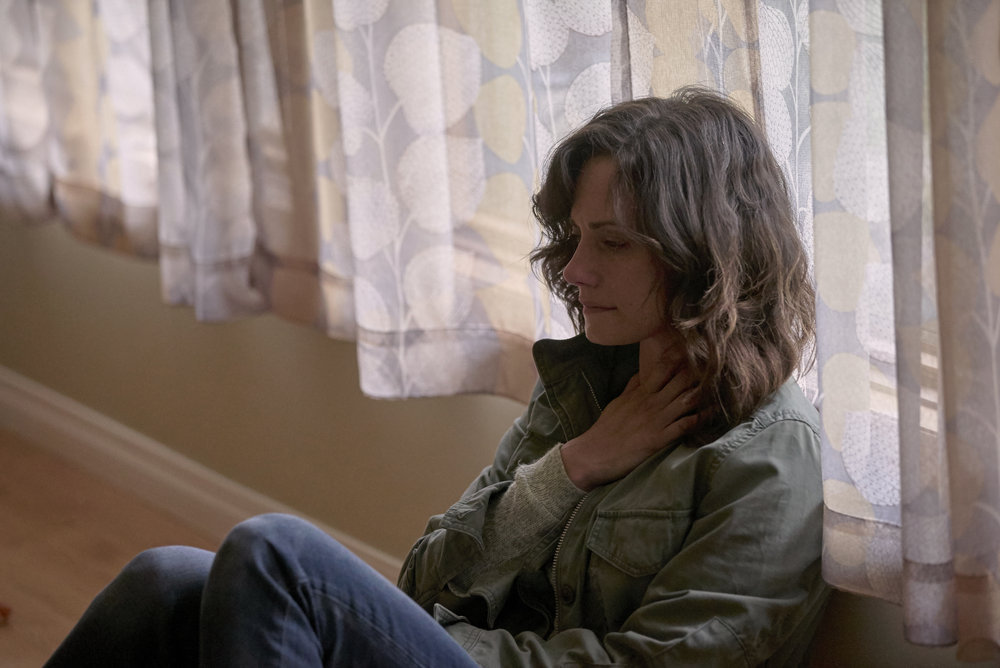 Last week’s episode of SyFy’s creepy anthology, Channel Zero: Candle Cove “A Strange Vessel,” revealed that grudges can last a very long time.  Spirit Eddie (Luca Villacis) got his revenge by having Ms. Booth (Marina Stephensen Kerr) through her minions kill sweet gal Jessica Yolen (Natalie Brown) who I felt still had a special connection with Mike (Paul Schneider). Brown did hint that there will be consequences for killing her character. Interim Sheriff Amy (Luisa D’Oliveira) got a reprieve because Booth was busy supervising the kids killing someone.  This caused Amy to find the body of Daphne, who Mrs. Booth killed in Episode 3 and some puppets that look suspiciously like the characters from the creepy show Candle Cove.  While more stuff happened, those were the major WTH moments!  Showrunner Nick Antosco and actor Paul Schneider help process last week’s episode and tease episode 5, which airs tonight at 9 ET/8 pm/9 PT on SyFy.

Here are a few of my questions with Schneider:

TNE:   I was wondering if Candle Cove or the whole traumatic situation with Candle Cove had not happened, do you think Mike and Jessica would have been together, may have gotten married? Like do you think they would have had a better happy ending than what’s currently happening right now?

Paul Schneider:  Absolutely. I think the way that both of our marriages are portrayed, you know, they just seem like unions of convenience to me. Yes.

TNE:   There is a scene that was really creepy to me. You – Mike and his daughter were playing cards and then she looks up and sees something. And then Mike looks behind him and he walks away with his daughter.  So I’m just wondering did he really see what she saw or was he just placating, being like “Just in case, let me bounce?” Like what was going on in Mike’s head at that scene?

Paul Schneider:  You know I can’t remember if we decided that I – yes, I did look back and I did see Jawbone back there – I mean – or Olivier was back there. At that point we’ve crossed the Rubicon of sort of eerie, crazy crap going on, you know what I mean?

But yes, I think I did see what it was that she was seeing. And of course, there’s an added layer of Mike’s problems with mental illness and possible hallucinations that psychosis can bring and him kind of trying to sort out like, “Okay so I’m seeing things, does that mean other people are seeing things,” and him kind of slowly realizing that as bad as it is in his head, it’s even worse that it’s externalized.

Here are my questions with Antosca:

TNE:   I was wondering if we are going to get a flashback of how Ms. Booth became involved with Candle Cove at all? I know about 1988. I know how that part of it she becomes involved. But as far as before that, what is like the motivation about it?

Nick Antosca:    You will learn more about Mrs. Booths and her connection to Candle Cove via flashback.

You will [also] learn a little more about what was going on in her character as a person that leads her to be connected to Candle Cove. And actually, I would say you’d probably learn a little bit more about that from her directly in the present day than we do on flashback. The actress who plays Mrs. Booth, Marina Stephenson Kerr, is really wonderful. And she’s got a scene that I love coming up in Episode 5 where she talks a little about how this came to be.

TNE:  So I noticed in the earlier episode that Marla [Fiona Shaw] looked outside and there was a black cat. And now in this past episode there was a white cat eating Daphne’s body. So was that intentional like the contrast between black and white or just, you know, why cats instead of dogs, like I love cats but it was just disturbing to see white cat eating a body.

Nick Antosca:    Those two cats were not specifically chosen for their contrast to each other. The white cat was chosen because the blood would show up on its mouth and fur most distinctly. And the black cat was chosen because it looks most sinister. That cat you see at the beginning when she’s cleaning the table in the previous episode is implied to be the cat that she mentions at the beginning of the pilot which has killed the bird. She’s aware that there is a cat in her yard that is killing things. And when she looks up at that moment, of course, her mind is consumed with thoughts of murder. Mike just confessed to her that he killed his brother and she looks up at the window and has the odd moment of seeing the cat that’s killing birds in her yard. And, you know, what that means to her is open to interpretation.

TNE:   Do you just like cats in general just curious?

Nick Antosca:    Yes, I have a black cat. It’s not the cat in the show but in the end credits, the production company card which is a cat face, “Eat the Cat,” that’s my company.

TNE:   Did “Eddie” make a pit stop on his way to Mike’s house? Like did he maybe stop by Ms. Booth say, hey, this is the time to really get at Jessica or something, I don’t know maybe I’m just over thinking it?

Nick Antosca:    There is some coordination. Let me put it this way, it’s not a coincidence that Lily wakes up from her “nightmare” right after Jessica gets killed. As some people have noticed, the plan is burn the body and put Eddie to rest and then his spirit will leave Lily’s body — but actually Lily really wakes up after Jessica is killed.  Not after the body is burnt.

TNE:   So I was wondering because I think someone kind of hinted at it earlier about, you know, Mrs. Booth wanting kids but I mean she had her son but he seemed, you know, special and she seemed to have a relationship with Eddie as we saw in some of the flashback. So I was wondering if she kind of wish that Eddie was her son, maybe she was jealous of Marla a little bit there, I don’t know. Is that maybe brought up in the upcoming episode?

Nick Antosca:  I think that’s a pretty perceptive take on it and yes, Mrs. Booth will address that more directly in Episode 5 and 6. And there is a battle of the mothers coming up. 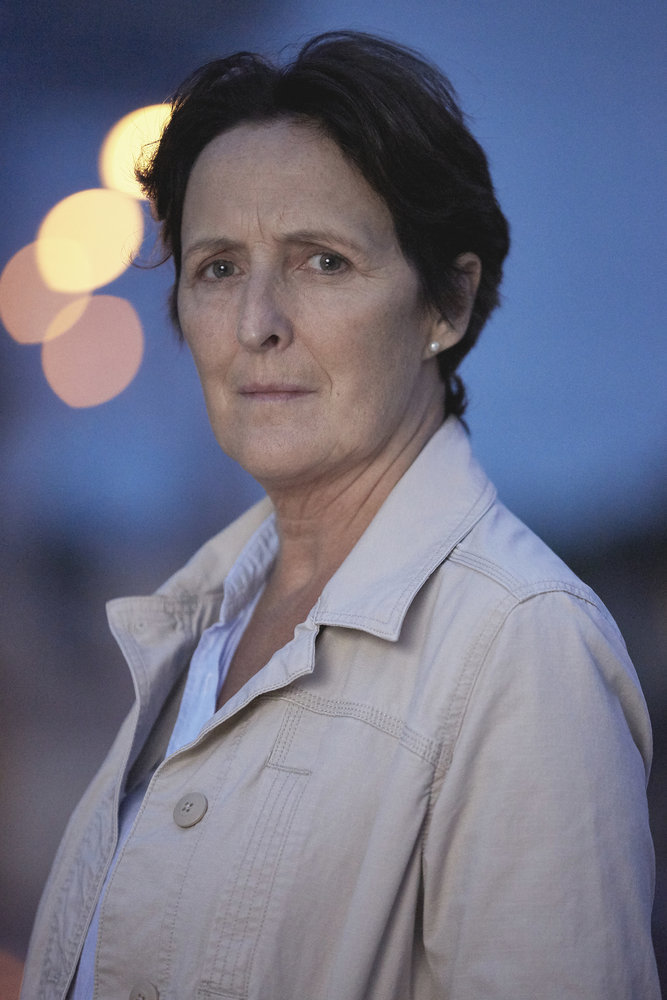 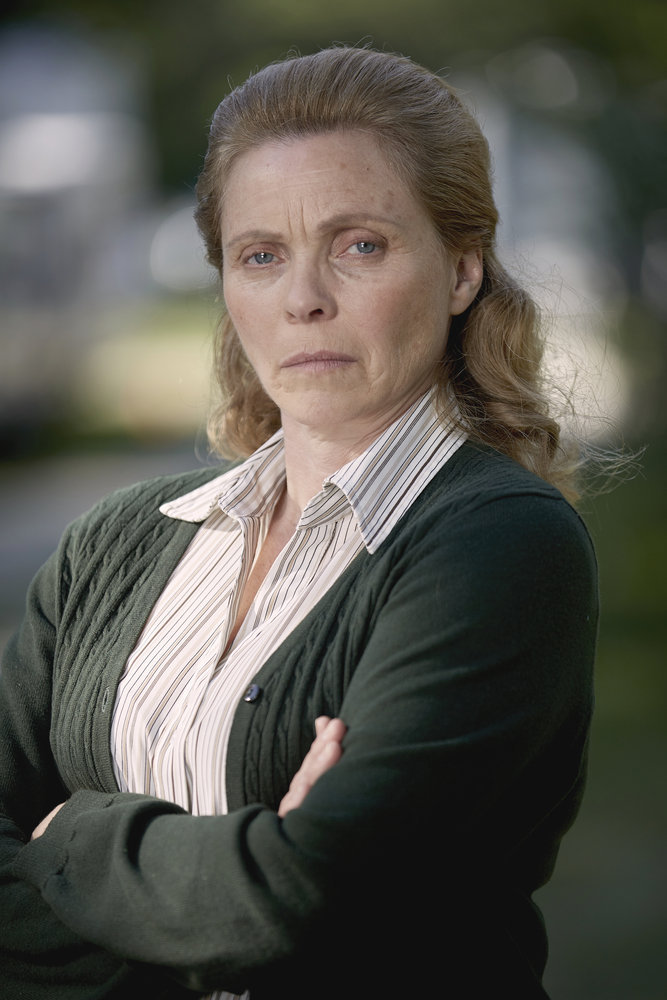 TNE:   Okay, it seems like there’s two different sets of kids that are dealing with this. Is it going to become connected at one point where they’re all under Mrs. Booth?

Nick Antosca:    You’ll have to watch and see.

And there you have it folks! I’m looking forward to tonight’s episode! It can only get crazier from here! Antosca just gained a lifelong fan as soon as he said he liked cats and owns one.  A bonus was when he revealed that he grew up in MD! Shout out to a fellow Marylander! I feel ashamed now that I never watched Hannibal…

Stay tuned for my interview with Natalie Brown!