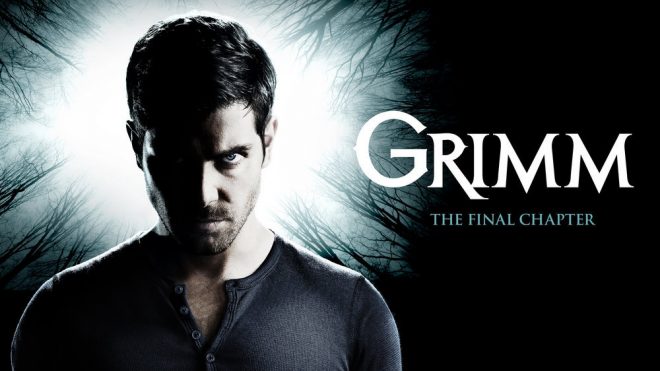 Some of the questions those of us over at the TVTalk podcast had after that action-packed Grimm season 5 finale will be answered in the season 6 premiere which airs at 8 pm Eastern/7 pm Central on January 6th.  It’s so surreal this will be the last premiere that we will see.  *Sniff* At least it picks up where the finale left off.

Soon to be Mayor Sean Renard (Sasha Roiz) has the law behind him and he wastes no time going after Nick (David Guintoli) .  There are not that many places for him to hide in Portland since Sean knows Hank (Russell Hornsby) and Wu (Reggie Lee) will attempt to help him within the law while Monroe (Silas Weir Mitchell), Rosalee (Bree Turner), Trubel (Jaqueline Troboni) are the only ones that have Nick’s back.  However, there is someone who may give the time Nick needs to figure things out.  We haven’t seen him for a while, but let’s just say that this ally will react to the latest shenanigans as only he can.

Nick is not the only one with issues.  Even though Eve/Juliette (Bitsie Tulloch) was saved by the healing stick, something is off.  There are some unintended side effects happening that Eve needs to figure out.  Hopefully this will also help us figure out what else the stick can do other than heal.  How will the gang cope with Nick having to be on the run and Eve having issues from being healed? Can Monroe and Rosalee continue to help Nick now that there’s a baby Wesen on the way? Will Renard succeed in ending Nick?  Find out next Friday on NBC!

If you want to check out the podcast episode where we discuss the season 5 finale and other shows, click here or listen to it straight from SoundCloud, https://soundcloud.com/the-nerd-element/ep-125-the-2-hour-finales

Here is the trailer again for those that haven’t seen it yet and a sneak peek into the premiere!