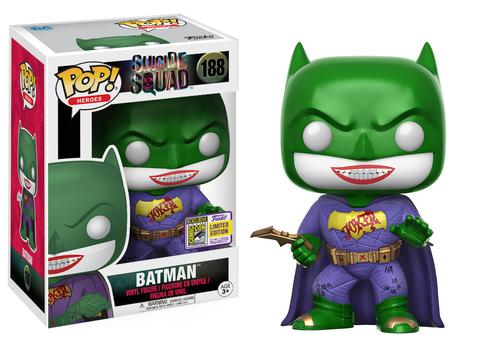 Funko has released their next wave of SDCC Exclusives and its a big one! Let us know what you think in the comments.

From comic books to the big screen and some surprises in between, Funko’s DC exclusives for San Diego Comic Con really runs the spectrum!

We have key additions to the Wonder Woman and Justice League movie lines as well as a Suicide Squad The Joker inspired Batman!

Speaking of Batman, we also have a stunning blue chrome variant, a special Batmobile action figure colorway, and Interplanetary Batman with a space helmet!

We have the Wonder Twins and Man-Bat for fans of DC’s animated shows, while comic buffs will enjoy classic Nightwing and Deathstroke Dorbz!