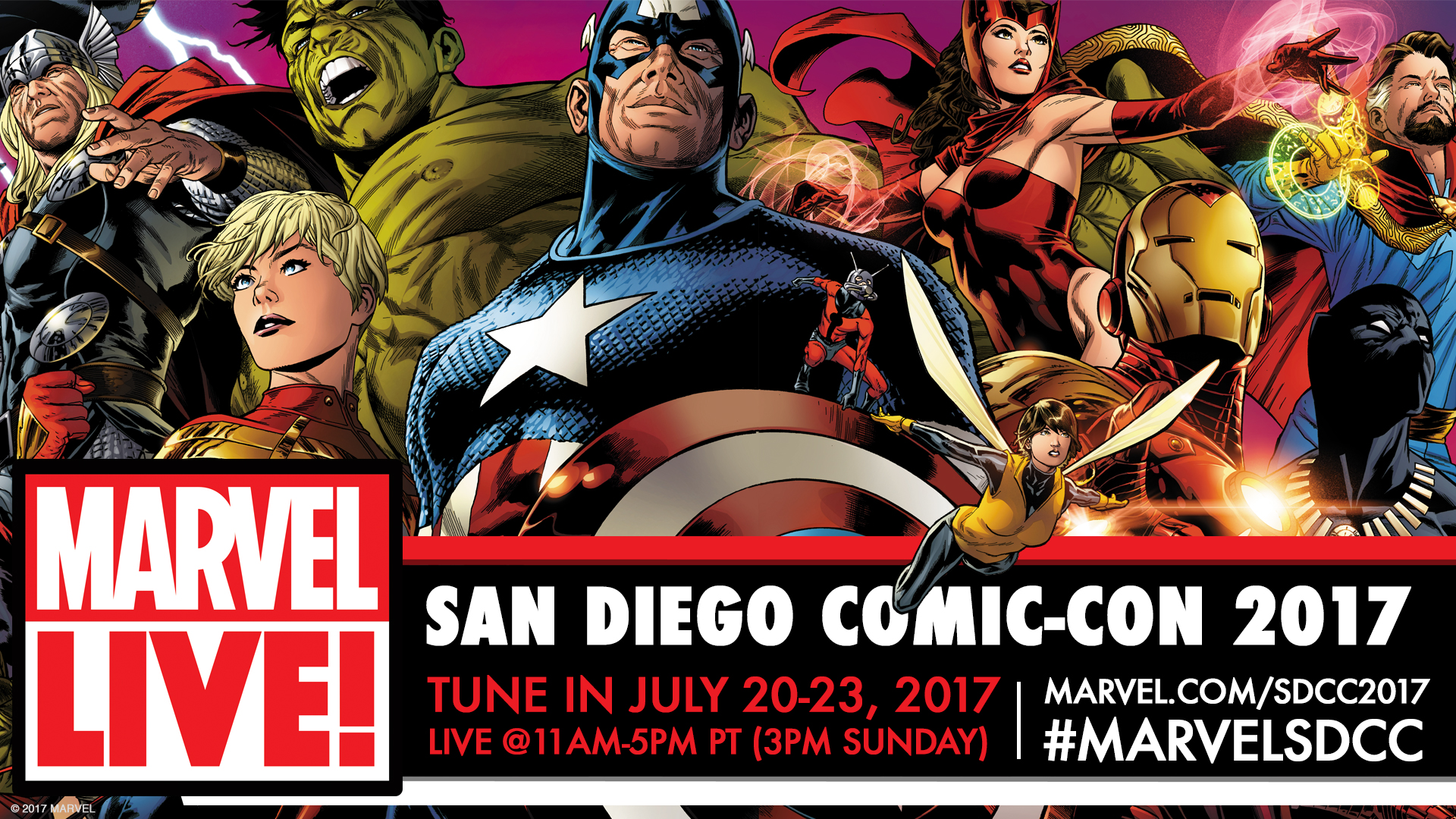 Marvel today announced that they will be live streaming during all 4 days of San Diego Comic-Con 2017 via their YouTube Channel. More information below including schedules courtesy of their press release. 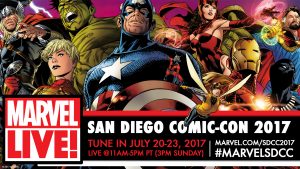 New York, NY—July 18, 2017—Marvel Entertainment invites you to experience the fun, action and surprises of San Diego Comic-Con 2017 LIVE from San Diego’s bustling convention floor! Starting Thursday, July 20, tune in every day at 11:00 a.m. PT/1:00 p.m. ET and get ready to be part of one of the biggest events of the year!

Hosted by TWHIP! The Big Marvel Show’s Ryan Penagos and Lorraine Cink, and Marvel Gaming host Jessica Brohard, viewers will be able to watch booth events with their favorite Marvel comic, television and movie talent, hear panel recaps from special guests, and learn about all the fun surprises happening on the convention floor, from exclusive merchandise to special signings.

Join in on the fun by visiting www.marvel.com/SDCC2017 or Marvel’s YouTube channel.

This year, we invite ALL true believers to be a part of all the Marvel excitement with Marvel’s San Diego Comic-Con livestream – no matter where you are!

Marvel, a wholly-owned subsidiary of The Walt Disney Company, is one of the world’s most prominent character-based entertainment companies, built on a proven library of more than 8,000 characters featured in a variety of media over seventy-five years. Marvel utilizes its character franchises in entertainment, licensing and publishing.